Reviewing Jane: If I Loved You Less, I Might Be Able To Talk About It More

In which we review (almost) every film adapted from or inspired by the works of Jane Austen, as I read through her extended bibliography for the first time. This review is a massive expansion of a frankly terrible mini-review I wrote back in November 2013. 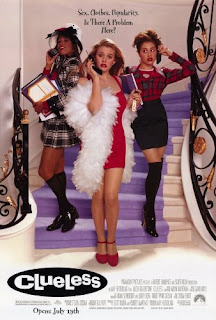 Jane Austen's work as a whole is almost perfectly designed to be translated into a high school setting. The rigid class strata, overwhelming obsession with pairing off into romantic couples, and razor-sharp sarcasm of her novels is if anything more suited to the modern teen movie than the period piece. It's such an obvious thing to do that it took a genius to recognize it, and that genius was none other than Amy Heckerling, one of the only commercially successful female filmmakers to come out of the 80's (her debut Fast Times at Ridgemont High was a massively profitable, zeitgeist-defining hit).

When approached to write a high school movie, Heckerling reflected back on the novel Emma, which she remembered enjoying at that age. And thus, by combining a centuries-old plot structure with modern teen fashion and lingo, Clueless was born, jamming yet another massively profitable, zeitgeist-defining hit into that C.V. just for good measure. 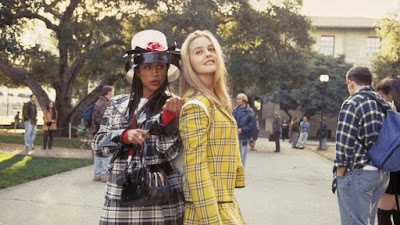 It was a movie so iconic, it convinced Stacey Dash she could go ahead and keep on pretending that the world loves her and her every thought.

So, here we go. A decade before Mean Girls, Cher Horowitz (Alicia Silverstone) rules the campus with her matching plaid ensembles and boxy cell phone. Along with her friend Dionne (Stacey Dash), she matchmakes her way into better grades by keeping her depressed debate teacher happy, and she's more than willing to use her talents to mold crude new girl Tai (Brittany Murphy) into the perfect popular princess. 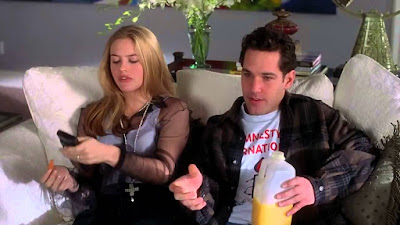 And thanks to her, the rest of the world who HADN'T seen Halloween 6 got to meet Paul Rudd.

The ways that Emma's plot corresponds to the beats of Clueless are frankly remarkable. Sure, it's all slathered with a heaping helping of dated hairstyles, slang, pop tunes, and brown lipstick that only increase the film's hilarity as time goes by, but there are certain scenes that are practically verbatim (especially the scene where Cher is insulted she wasn't invited to a party she didn't particularly want to go to, or where Tai decides to burn her last remembrances of Elton).

This is why it absolutely works as a comedy, because that's the exact element it isolates from Jane Austen's romance of manners and manors. I have constantly been frustrated by the way that the straight Austen adaptations rub out her idiosyncratic sarcasm as if it were a dirty thing to be ignored in the face of literary merit. But Clueless is the exact opposite, removing everything but the humorous character dynamics much to its benefit.

Of course, it does also naturally inherit one of Emma's flaws: Tai (just like her character analogue Harriet Smith) holds a major role, but shrinks into the background come the third act and is given a tossed-off conclusion without really completing an arc of any kind. But that's a small price to pay for one of the purest adaptations of Austen's tone we've ever gotten. 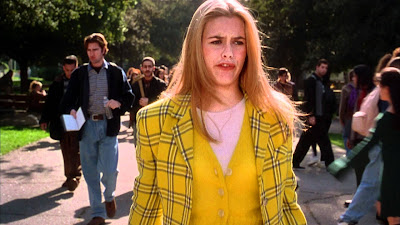 Somehow, I think she would approve.

Clueless is hilarious at all times, but it's perhaps most hilarious if you've ever lived in Los Angeles. Regional humor always gets me, but Amy Heckerling manages to toe a very delicate line between referencing very specific places and feelings, yet still making it universal. The iconic learner's permit freeway scene and the followup line "Getting off the freeway makes you realize how important life is," are freaking hysterical if you grew up terrified of navigating the labyrinthine L.A. freeway system, but yet they also strike at a truth that will resonate with anyone who's lived through high school. The way teenage emotions are so vivid and bold that they can make mountains out of the tiniest, most mundane molehills is effortlessly encapsulated in this funny, relatable, endearingly earnest line.

Heckerling may have been the one to strike gold here, but Alicia Silverstone is an all-important piece of this puzzle. One of the toughest things about reading Emma is watching the main character make so many mistakes. She's a supremely flawed heroine: venal, self-impressed, and wearingly meddlesome. That is what makes her interesting as a protagonist, but you don't always want to spend time with her. Silverstone finds the perfect balance here, knowing full well that Cher is an airheaded twit but humanizing her just enough that you can see her potential to be an actual good person and are always willing to follow her into the depths of her comically terrible decisions.

The rest of the ensemble is generally strong too, of course (only Stacey Dash is a major miss; her one approach to line reading is "shrill and catty"), but Silverstone is obviously the Queen Bee. Clueless just wouldn't work without her, and Clueless works tremendously well. In the terrifyingly vast landscape of 90's teen movies, this is one that truly deserves its status on the A-list, and that's not nostalgia speaking. I was one year old when this movie came out, so the fact that it still strikes a chord speaks to its generous and loving approach to the teen human condition.