Reviewing Jane: I Do Suspect That She Is Not Really Necessary To My Happiness 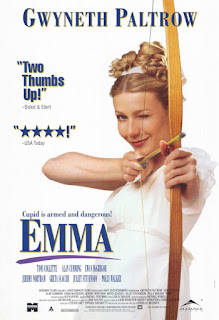 The last novel published during Jane Austen's lifetime was Emma, and it is respected by many critics as her best work. The book presents a flawed heroine making constant mistakes in judgment until she finally improves herself enough to stumble ass-backwards into a relationship she miraculously hasn't managed to ruin. It's a fun, flirty story and it makes perfect sense why high school movie dynamo Amy Heckerling decided to update it into a little movie called Clueless (more on that later) in 1995.

What makes less sense is why the powers that be decided that the world deserved another adaptation of Emma just a year later, but considering that it's the most prominent straight adaptation of the source material, why not start with this one? 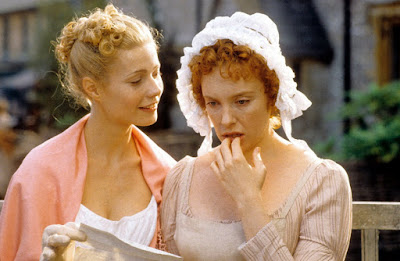 Pictured: Toni Collette looking at the call sheet and realizing that she's not gonna get to meet Alicia Silverstone.

All the while, she is endlessly harangued by her moralizing brother-in-law Mr. Knightley (Jeremy Northam), and of course they fall in love because that's just how gender politics worked in the Regency era. 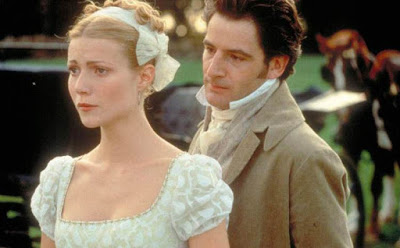 When you're adapting Jane Austen, there is pretty much one of three ways you can go about it. The first is the Clueless route, translating the novel into a modern story. The second is to highlight the period-based character comedy that Austen always wove into her stories, much like the 1940 adaptation of Pride and Prejudice. The third is to completely ignore that essential aspect of Austen's work, assuming that because it's old it must be "important," and presenting it with po-faced seriousness.

To be fair, Emma does indulge in a little bit of the second, but if we're going to stick this in a category, it's the latter all the way. Here we're treated to two hours of stuffy, bone-dry material posturing as British and genteel even though its director and lead are American. The acting, at least from the non-leads, is very Masterpiece Theater, but not even at the level of Northanger Abbey, which actually was a Masterpiece production, because that movie at least hired actually talented, actually British people.

Although, I must say, Gwyneth Paltrow at least isn't bad here. I'm not here to defend any American's fake British accent, but I drew great delight her two-faced approach to the townspeople she deems beneath her - which is compounded by an internal monologue that didn't appear quite enough for me to remember that this was a thing the movie was doing and thus was tremendously confusing, but still funny.

And as much as nobody here seems aware that Jane Austen is a comedy writer, there are genuinely funny moments that sneak through from time to time. A montage of Emma trying not to think about Mr. Knightley is actually funny and cinematically engaging, the only time both of those elements combine in the film, which generally has very little use for either of them. 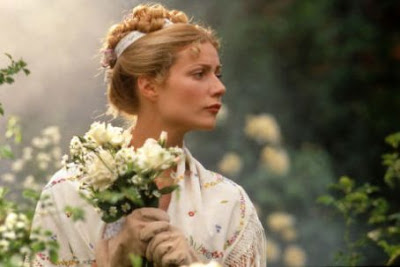 Unfortunately, for the most part, Emma can't help but be that dreaded word: boring. The film is also inept in a few major ways that prevent it from accomplishing anything more. First, the staging is completely bananas, shoehorning random activities into every dialogue scene, staging moments while people do things like set up for a barn dance, shoot arrows, or pick strawberries. It should feel nice to get some fresh air away from the drawing-room bound drama that Austen usually works with, but the sheer abundance of random hustle and bustle is intensely distracting.

But even more distracting is the fact that this movie just isn't shot very well. The lighting designer seems to have a blind spot, that blind spot being the entire foreground. The second any character steps toward the camera, a shadow falls over them like an alien craft is passing overhead. And the lighting in Emma's mansion is even more whack, sending rectangles of light shooting off in random directions to highlight exactly the objects in the room that aren't key to understanding the scene.

It's bad, people. I don't know who let this happen on such a major Hollywood scale, but they shouldn't be allowed near human eyes. But that's the only thing in the movie that's legitimately, actively terrible. Everything else is just bland and unremarkable. The best that I can say about Emma is that it's true to the source material, but beyond that it has absolutely nothing to offer. It's like listening to an audiobook starring Gwyneth Paltrow, and if you're into that that's totally fine. It's just not really adding anything to the world of Jane Austen, so it's a good one to skip if you're not as inclined to be thorough as I am.