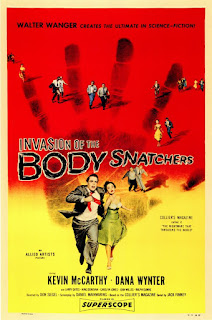 Golly, gosh! Gee whiz! It’s that time of year again! That’s right, the month of October heralds our third annual crossover with Hunter Allen of Kinemalogue! He will be shouldering the burden of three of my Census Bloodbath titles, while I have been assigned some more research materials for Cardboard Science, his exploration of the best and worst of 50’s sci-fi. I’m getting started a little earlier than him this season, because so far I have a pretty bad track record of actually completing this project during October. But if I do get all three films out before the 31st, that’s so unusual, he might suspect I’m not myself anymore. He may begin to worry that my body has been… snatched.

That oh-so subtle segue was meant to help me introduce today’s B-movie, the 1956 Don Siegel classic Invasion of the Body Snatchers. A story so hardy it has been remade three times (four if you count the fact that this film was based on the Jack Finney serial novel The Body Snatchers), supporting new themes in radically different contexts, it’s easy to forget that long ago there was only one version. So let’s strip away Abel Ferrara, Donald Sutherland, and Nicole Kidman (with gusto), and take a good long look at the simplest, but no less valuable incarnation of the property. 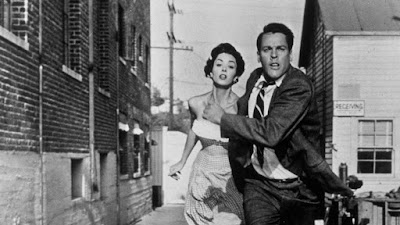 Not that it’ll be hard to forget 2007’s Invasion. I forgot it the second I left the theater.

When local authorities apprehend a raving madman, psychiatrist Dr. Hill (Whit Bissell) arrives to diagnose him and listen to his story. The man’s name is Dr. Miles J. Bennell (Kevin McCarthy), and his story is profoundly strange. According to him, when he returned to his hometown of Santa Mira, California after several weeks away, things were… different. People around town have been complaining that their loved ones look and act the same as they always have, but they just don’t seem like themselves. He mostly ignores them though, because the love of his life Becky Driscol (Dana Wynter) has just returned to town after a long time and a longer marriage.

The two recently divorced, unreasonably attractive people strike up a hearty flirtation that draws so near to explicitly mentioning sex that the head of the censorship board probably dug himself a grave so he could roll over in it. However, it soon becomes apparent that people in town really are being replaced by unfeeling doubles of themselves, so they reluctantly buckle down to try and figure out what’s going on. Spoiler alert: Alien pods are creating replicas of the townspeople and absorbing their brains when they’re asleep. The duo quickly realize Santa Mira is lost and attempt an escape through the desert hills, thus fulfilling the obligatory “hills full of dry brush, and a cave if you can” scene requirement to be a 50’s sci-fi movie. 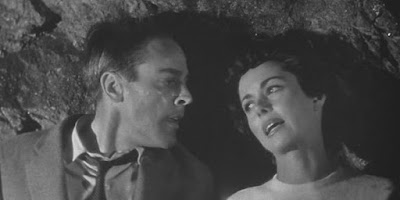 They better be quiet, or they’ll wake the Brains from Planet Arous.

A personal sub-quest I have while doing Cardboard Science is to find a 50’s B-movie that resonates with me at a deep, personal level. I usually feel at arm’s length from even the best sci-fi exploits, possibly because the stylization is so alien to modern cinema. Only The Blob has completely cracked my icy exterior, because that movie is wicked awesome. But out of this project, Invasion of the Body Snatchers has certainly come closest to reaching me. I’m a sucker for genre films with a political agenda, and while I think I personally will respond to the wavelength of the 1970’s update a little better, given my historical sympathies toward that decade of political turmoil, Invasion’s biting approach to McCarthyism and paranoia provides excellent fodder for a taut, tense thriller.

The best low budget thriller conceit until It Follows plodded onto the screen, Invasion of the Body Snatchers crafts a credible, terrifying menace out of Hollywood’s cheapest commodity: People. Although special effects do come into play when our heroes discover the pods birthing these doubles, and they’re pretty excellent gooey grotesqueries, the bulk of the film traffics in interpersonal communication and suspicion, which accomplishes two things: 1) The effects hold up to this day, because there aren’t any, and 2) The film preys on the deepest, darkest crevasses in the human subconscious.

It’s the rare Cardboard Science feature that can produce genuine feelings of anxiety, and for once the first half is just as solid as the second. In my experience it has been one or the other (The Giant Claw’s sharp intro collapses into an insipid technobabble dribble, and It Came from Beneath the Sea closes its wan romance with a gonzo special effects spectacular), but Invasion keeps building the mystery around the edges of the setup, which develops a sweet, credible romantic banter between a charming young swain and a woman who kind of loses her mojo once the threat gets too real, but at least went to college. 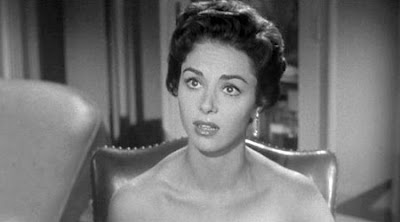 Invasion of the Body Snatchers is even more effective for this romantic element. It gives us characters we care about, puts them in a perilous situation, and then crafts that situation with precise skill. On top of the human element, the blaring horns of the sound design and the surprisingly deft cutting style keep your sense on high alert, delivering jolts that still have juice in them half a century later.

In short, Invasion of the Body Snatchers is an incredibly well-built genre film. If I had to pinpoint the exact reason I’m a little lukewarm on it, it’s that the supposedly blank, emotionless Snatchers are performed by actors who treat them just like any other human character they’ve ever played. I get their sense of menace, but their lack of humanity isn’t really apparent. That and the pods’ utterly cuckoo, poorly explained modus operandi are the two biggest hurdles for me, but otherwise it’s a spine-tingling gem of a film, and I’m glad Hunter’s being nice to me this year.