Here's my final essay for my Media Editing class! I, of course, talked about horror movies because I am dedicated to never writing an essay about a boring topic if I can help it. I could have written about Drive or Stanley Kubrick like all of my peers, but I am not all of my peers.

Anyway, here it is.

Pick a scene from a movie that you like. Provide a detailed analysis of the editing of the scene and include a brief biography of the editor and his/her work history. Include a DVD copy of the scene in question. 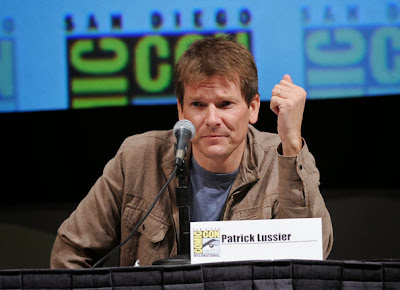 Born in Canada in 1964, Patrick Lussier has become a prominent figure in the horror genre as an editor, writer, and director. Beginning his career in TV, his work on shows like MacGyver and the short-lived Canadian series Mom P. I. led him to a stint on several episodes of the horror anthology series Nightmare Café.

When editing the episode "Aliens Ate My Lunch," Lussier hit it off with the director, horror superstar Wes Craven. Craven, impressed with his speed and skill, brought Lussier along for the later half of his career, having him edit New Nightmare, Red Eye, Music of the Heart, the original Scream trilogy, and several others.

Craven and writer Kevin Williamson (the Scream screenwriter with whom he also worked on Halloween H20 in 1998) proved to be his biggest mentors and although he continued pursuing editing, his experience with the two led him to pursue screenwriting and directing. Cutting his teeth (so to speak) writing and directing Dracula 2000 and its two sequels at the beginning of the millennium, Lussier began to emerge out of the editing room and into prominence. 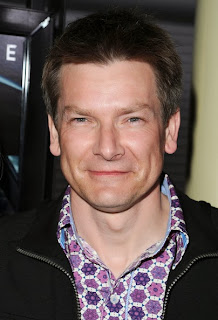 His career high point began in 2009 with My Bloody Valentine 3D (which he directed and edited) and continues to this day including Drive Angry in 2011 and an upcoming hat trick with the announcement that he will be directing Halloween III and the Hellraiser reboot as well as writing for the newest Terminator film.

One of his biggest triumphs in an illustrious horror editing career is the opening scene of Scream, the crown jewel of modern horror. Although he believes the film to be much departed from his and Craven's vision due to heavy tampering by the MPAA, the film and especially this scene remain sophisticated, terrifying, and highly influential.

Due to the skills honed on so many Craven horror projects throughout the early 90's, Lussier delivers a taut and simple spectacle that is at once completely in tune with the director's intent and visual style and an innovative synthesis of time-tested techniques and his own unique personality. In horror, timing is essential and Lussier, a famously fast worker, intimately understands the value of every single second.


In the scene, Drew Barrymore plays Casey Becker, a young woman who lives just outside the small suburban town of Woodsboro, California. As she prepares to watch a movie, a mysterious stranger stalks and threatens her over the phone.

This scene is essentially a prologue to the main plot of Scream. Although Casey Becker's murder sets the police investigation in motion that forms the spine of the narrative, its main purpose in the film is to establish its unique tone. As a delicate combination of self-aware satire of 80's slasher films and the dark terror of a down-and-dirty low budget scary movie, it is extremely important that the opening scene handle these two disparate elements with care and balance them appropriately.

This scene's humorous element (which involves the villain reprimanding Casey for acting like a stupid horror movie character when she asks "Who's there?") is intricately folded into the horror by the writing so that the audience is too busy cringing in their seats to realize that they're laughing.  Because the subtlety of the script leads the comic tone, Lussier's focus in these five minutes is largely to use editing to drive the terror and provide the important balance between the two. 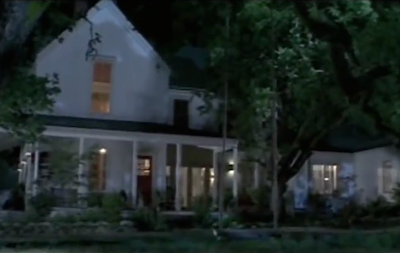 Lussier makes great use of space and time - outdoor shots both divide the action of the scene and provide a sense of isolation as well as the vague idea that there might be something out there watching. The audience is scared before they even have a chance to learn why. And his use of the Jiffy Pop to show how much time has passed is ingenious, likewise helping to raise the tension. As the bag gets closer and closer to exploding the tensions in the scene begin to rise to a boil.

The most prominent and interesting editing element, however, is a low amount of actual edits. This is further proof of Lussier's mastery of the craft. He doesn't indulge himself by including a lot of fancy cuts, but rather gives the story room to breathe when it needs to. His careful handling of the cut timing allows the terrors that come later to have their maximum impact.

For the first half of the scene, every time Casey answers the phone, the cutting stops. The camera follows Casey around her house, drinking the conversation in. The sinewy movement of the camera stalks her through the various rooms with the slow and calm confidence of a killer who knows he has his prey utterly trapped. This, in fact, turns out to be the case, as it is revealed that the mysterious caller is playing games with our young heroine.

And once the emotions start to rise, Lussier finally lets loose with his tricks, cutting back and forth utilizing outdoor shots and shots of the Jiffy Pop approaching maximum capacity on the stove to increase the tension and paranoia as she realizes she's not alone. This rapid cutting is even more effective thanks to the elegant and slow cuts that have been used in the film thus far. 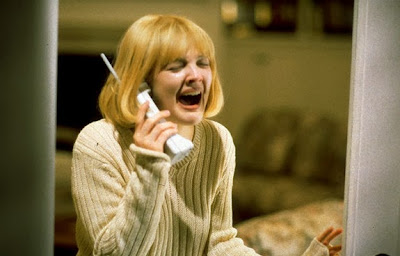 This opening scene (as well the rest of the film) captivated audiences and critics everywhere and breathed new life into a defunct genre with its inventive plotting and the innovative cutting that supported it.

With a scene like that under his belt, it's no wonder Lussier went on to be a star of the genre. His incredible handling of tension and the shifting tones as well as his ability to know when to step back and let the film speak for itself betray a shockingly mature approach to the craft considering that Lussier had only been editing feature films for two years at this point.

Few horror editors achieve prominence in the same manner as Lussier in recent years, but he has spent the decades between the delightful Scream and today developing his talent even further within a genre that is more open to experimentation than the average Hollywood picture. And if the man who cut Ghostface has only gotten better, he deserves every amount of respect and consideration that he's gotten.
Word Count: 1155
Also sprach Brennan at 3:52 PM