There's One In Every Neighborhood 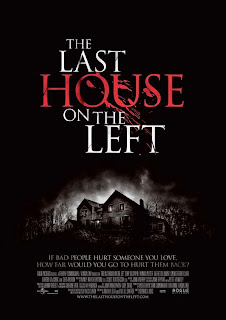 Finally, I've brought myself to write this review for the remake of The Last House on the Left, something that has been vexing me for a while. I watched it way back when during research for my Wes Craven essay, but it's been hard to find anything really noteworthy to say about it. If not for the frightfully good Fright Night remake, I think it might have been impossible to muster the energy to even write about this.

But I have made a grand commitment to steering you away from bad movies and that higher calling can't be ignored.

And to be honest, The Last House on the Left isn't a particularly terrible remake. It's just a massively unnecessary one. Some negative things have been changed from the original and some positive things haven't - making the film quite different from the uneven original but at a weird proportion that keeps it on the same level, failing to make it any more entertaining or palatable.

Basically, the net gain is zero. And I suppose that's better than the bulk of late 2000's remakes but it makes it infinitely unsatisfying. 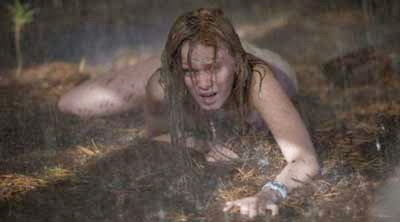 So all that's left is to compare it to the Wes Craven "classic" grindhouse flick. The basic plot is essentially the same: Mari Collingwood (Sara Paxton) and her friend Paige (Martha MacIsaac) try to score drugs from a young man at a motel named Justin (Spencer Treat Clark) who happens to be the son of escaped convict Krug (Garrett Dillahunt).

When Krug and his cronies Sadie (Riki Lindhome of the YouTube musical comedy duo Garfunkel & Oates. This is weird.) and Francis (Aaron Paul. Yes. Him.) find the girls in their room, they rape them violently in the woods. They then spend the night in the house owned by Mari's mom (Monica Potter) and dad (Tony Goldwyn) who get wind of their crimes and exact bloody revenge.

The big difference is that they hired B-List celebrities with pretty faces instead of unknown amateurs. Too bad they're somehow even worse actors. Dillahunt, Paul, and Paxton escape unscathed but MacIsaac annoys, Lindhome is increasingly grating, and Potter wouldn't be out of place in my junior high school theatre program. 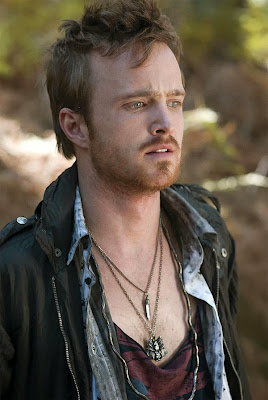 And hey, the boathouse was pretty neat, I guess. Although perhaps it didn't deserve more screen time than Paige.

The downside is that with the grubbiness removed, there's no real sense of danger. It's all bland and polished, like a cracker encased in marble. And although the rape scene is better produced with more believable gore and torment, the act being depicted in such a visually appealing way is the exact opposite of the film's intent and is really too disturbing to be effective in a film this limp.

It needs that graininess to depict such a down and dirty act so the audience can be separated from it and look down on it as a piece of filth. With that removed, it's unsettling. Perhaps a horrendous rape scene in a better movie could teach people about the dangers and realities of it but this is not the proper environment for such a discussion with this film's dedication to doing absolutely nothing at all. 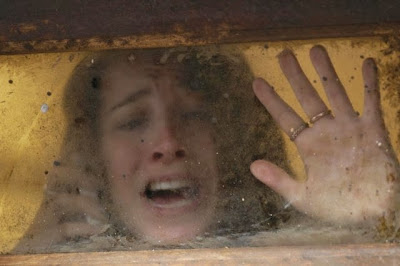 There are some positives to the remake, however few there may be. The coincidences and contrivances that drive the story flow much more naturally here so it's never in doubt why the host of criminals would end up at the Collingwoods'.

And although the happy ending is forced and idiotic, the fact remains that there is a happy ending so it's a tad more cheerful.

But other than that, 2009's The Last House on the Left isn't sleazy enough to justify its deepest depths and the parents' revenge isn't cool enough (and at one point completely crosses the line into Crazytown) to really be entertaining.

The rape is too brutal and the revenge is too boring. It's hard to imagine anybody really liking this movie, although it really isn't a terrible remake when it comes down to it. Just as uneven as its predecessor, LHotL is but a footnote in the massive compendium of the horror genre.