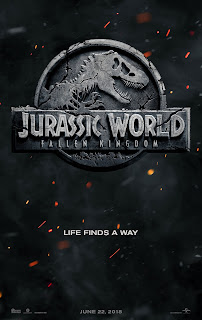 Jurassic Park is one of my favorite movies in the history of cinema, so I don't know whether that makes it shocking or completely understandable that I felt no interest in checking out Jurassic World: Fallen Kingdom. The fifth entry in the long-running blockbuster franchise is about as far from that original film as you can get while still being about CGI dinosaurs. Jurassic Park has more in common with When Harry Met Sally than Fallen Kingdom. 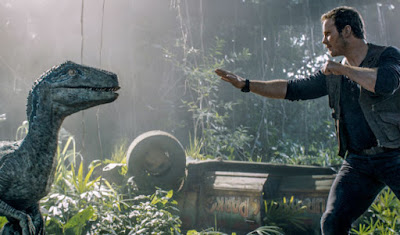 So, Fallen Kingdom picks up several years after Jurassic World. Dinosaurs are living in peace on Isla Nublar following the destruction of the theme park, but a volcanic eruption threatens their survival. Dinosaur rights activist Claire Dearing (Bryce Dallas Howard) and velociraptor trainer Owen Grady (Chris Pratt) are sent to the island on a rescue mission by Eli Mills (Rafe Spall), a proxy for John Hammond's former business partner Benjamin Lockwood (James Cromwell). Because you can never trust the rich, in real life and especially the movies, this trip may not be as kosher as it seems.

Along for the ride are sharp-tongued paleobiologist Zia (Daniella Pineda) and wimpy tech dweeb Franklin (Justice Smith), as well as what the movie paints as years of emotional baggage and sexual tension between Owen and Claire, even though it's just thin air. Also there's a little girl (Isabella Sermon) running around, because what's a Jurassic Park movie without an unnecessary child character?

Sometimes this dumbness is used to its advantage, like how every shot of Claire begins at her sensible shoes and pans up, throwing a hilariously overbearing number of winks at the "high heels in the jungle" controversy. Mostly it is used to its detriment, like the rapidly fluctuating number of guards around at any given time when our heroes need to sneak around the bad guy's lair that totally diminish any tension or stakes because they're never around when plot stuff needs to happen.

Sometimes Fallen Kingdom hits the bad-good strides I was hoping for, including a sterling moment where Bryce Dallas Howard shrieks the word "Chair!" with a hurricane-blast of emotion like she was gunning for that clip to end up on her Oscar reel. In fact, she's frequently too good for the material, but in the completely wrong direction, turning random lines into scenery-obliterating grenades of diva drama that would make Gone with the Wind blush. 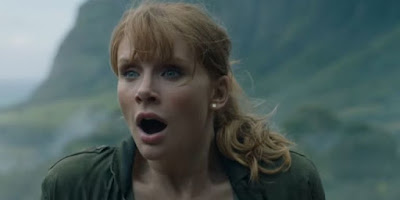 "These raptors will never be hungry again!"

While Howard is busy either giving the best or the worst performance in the movie, the rest of the cast just flounders around, drowning in a sea of unmotivated decision-making, inscrutable dialogue, and CGI mayhem. Chris Pratt seems devoted to being as bland a male cypher as possible, and a heap of character actors dawdle around the edges with nothing in particular to do. And don't get me started on Jeff Goldblum, who I don't particularly like on a good day, and who is positively catatonic in his one-scene cameo.

The only person who seems to have actually showed up to work is J. A. Bayona, who directs the crap out of the movie. Not out of the actors, mind you. But as far as the imagery goes, Bayona is the second best director to ever touch one of these movies. His composition of light and shadow is frequently exquisite, especially in the bizarre turn the film takes toward gothic mansion horror in the third act. He directs the movie like a German expressionist masterpiece, only instead of using the implication to drive the horror, you also get to see a whole lot of CGI dino-monster.

If this were any other movie, I'd call that the best of both worlds. But Fallen Kingdom isn't the best of anything. Bayona really is working it (to the extent that I'd even recommend seeing this movie, just to bask in the way he captures the feeling of majesty and awe that Spielberg so capably honed in the original film), but it's still a dumb, milquetoast popcorn epic that doesn't have a lot to offer in terms of narrative, character, acting, fun, or much of anything a person would come to this movie for. 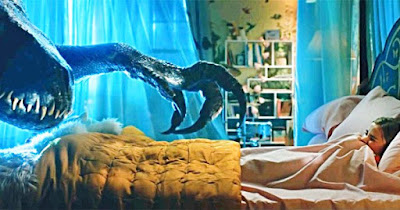 I mean, I came for the visual references to Nosferatu, but I ain't your average bear.

Oh, and the score isn't even good. John Williams' iconic themes are mostly shelved in favor of a bizarre choral piece that shrieks in your face how big and important every scene in the movie is. It's the movie in a nutshell: Fallen Kingdom tries very hard to be a lot of different things, and it fails in a lot of spectacular ways. The things that work really work, but if you made a list of those things, it would fit on a Post-It note.