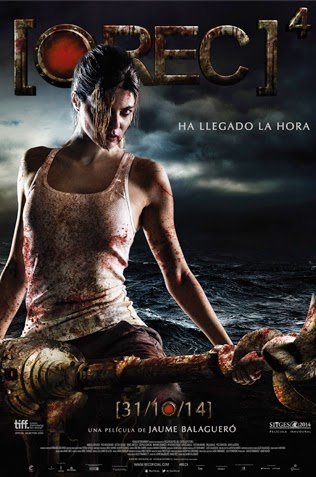 I've mentioned the Spanish found footage film [REC] on my blog more times than there are letters in this sentence. That's more than any other film, and for good reason. When my friend Cassidy and I sat down to watch the film for the first time several summers ago, it proved to be a singularly electrifying experience that chilled us to the core like no other movie before or since. When [REC] 2 proved to be almost as good, we became lifelong fans of the franchise. Unfortunately that fandom has since been challenged after the split of the series' two directors.

The following (allegedly final) pair of films were directed by each man individually, leading to a disappointing, non-found footage, continuity-shattering comic followup from Paco Plaza in [REC] 3: Génesis and a two year gap while partner Jaume Balagueró attempted to gather up the pieces of the broken franchise. [REC] 4 (aka [REC] 4: Apocalipsis) has finally arrived and I can say without equivocation that they really should have stopped at two.

[REC] 4 is inherently better than its predecessor due to the return of franchise star Manuela Velasco, whose performance in these films has always been like grabbing a live wire in a thunderstorm, but everything around her (and occasionally within her) is botched, garbled, or otherwise mishandled.

I guess that's the price we pay for hiring the Three Stooges to handle crew duties.

[REC] 4 takes place immediately after the events of [REC] 2 with a brief but game nod toward [REC] 3. Ángela Vidal (Manuela Velasco) has been retrieved from the besieged Barcelona apartment building where she has survived two separate rage zombie outbreaks and taken to a quarantined aircraft carrier in the middle of the ocean. After such a long night, all she wants is a good nap or maybe some ice cream and a hug, but she and the other detainees soon realize that more trouble may be afoot.

Although Dr. Ricarte (Héctor Colomé) insists that everything is fine, Ángela - along with onboard IT guy/Ángela's biggest fan/magical movie hacker Nic (Ismael Fritschi), and quarantined military officers Guzmán (Paco Manzanedo) and Lucas (Críspulo Cabezas) - discovers that experiments being performed in a lab deep in the ship's belly have just gone terribly wrong. Before too long, the virus is set loose once more, and the ship's passengers are tossed into a fierce free-for-all of survival while the scientists race to find a cure.

However, Ángela faces a threat even more despicable than a teeming horde of frothing Danny Boyle zombies: terrifyingly bland and threadbare horror movie tropes. [REC] 4 has the audacity to not only pile itself with one cliché after another, but daringly waste them at every turn. When a devastating storm hits, it causes no more trouble than a light drizzle. When the power goes out, nobody gets snuck up behind. The rotating security cameras that could have provided a Paranormal Activity 2 or even Five Nights at Freddy's atmosphere are merely used for some Nancy Drew-level "zoom and enhance" sleuthing. And the captain for whom this is the last day before retirement vanishes without a trace, neither receiving retribution nor a decently weepy death. 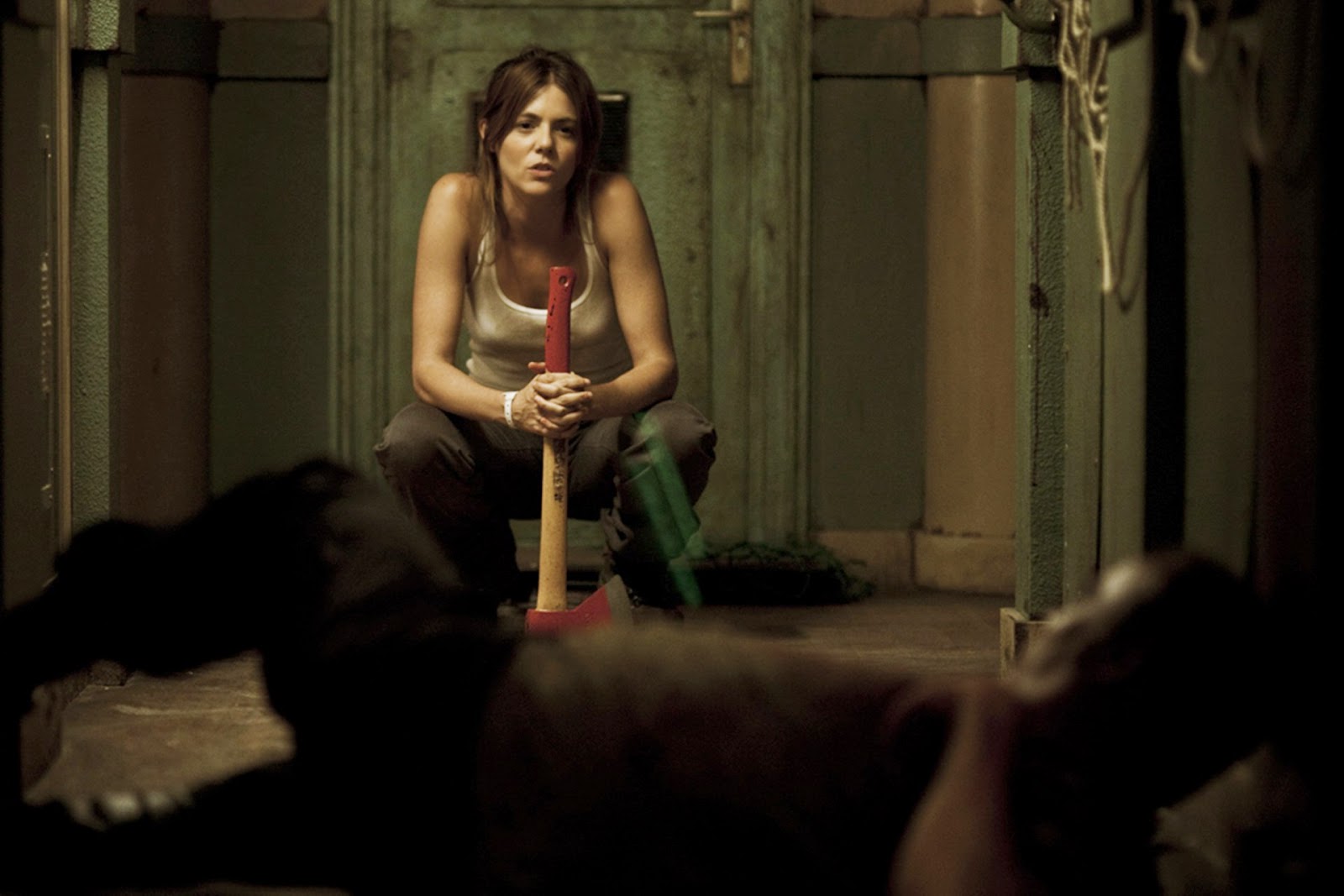 If tedious, bungled clichés were blankets and horror was a pea, [REC] 4 would give a princess the best night's sleep of her whole damn life.

The film was clearly given a higher budget than its predecessors (explosions! a film score! non-handheld cinematography!), but if there ever was an argument against giving indie filmmakers a little more wiggle room, this would be the crown jewel of its supporters. [REC] 4 replaces fear with flash, and in the process loses its visceral spark. There are still some decent moments that hearken back to the original film like long narrow hallways, faraway screeches on the sound design, and whatnot, but when it's not being generic it's being unscary. And when it's not even being that, it's just plain confusing.

[REC] 3 already stabbed continuity in the back, but this film wraps it in a tarp and tosses it into the reservoir tied to a cinder block. Although the franchise's religious undertones had slowly been becoming overtones through the first three films, this one scraps the idea entirely in favor of a nonsensical biological/malevolent phenomenon. And the daggum worst of it is that it's hard to root for any single person because of loose plot threads that make separating Good and Evil characters a mind-bogglingly difficult Turing-esque struggle.

Toss in some CGI that looks like an unfortunate encounter on the Oregon Trail, an inflated run time that throws a brick into the franchise's breakneck pace, and a series of aborted catch phrases ("It's party time.") that attempt to manufacture some sort of halfhearted action-comedy out of the shambling wreckage and you've got yourself a recipe for disaster. 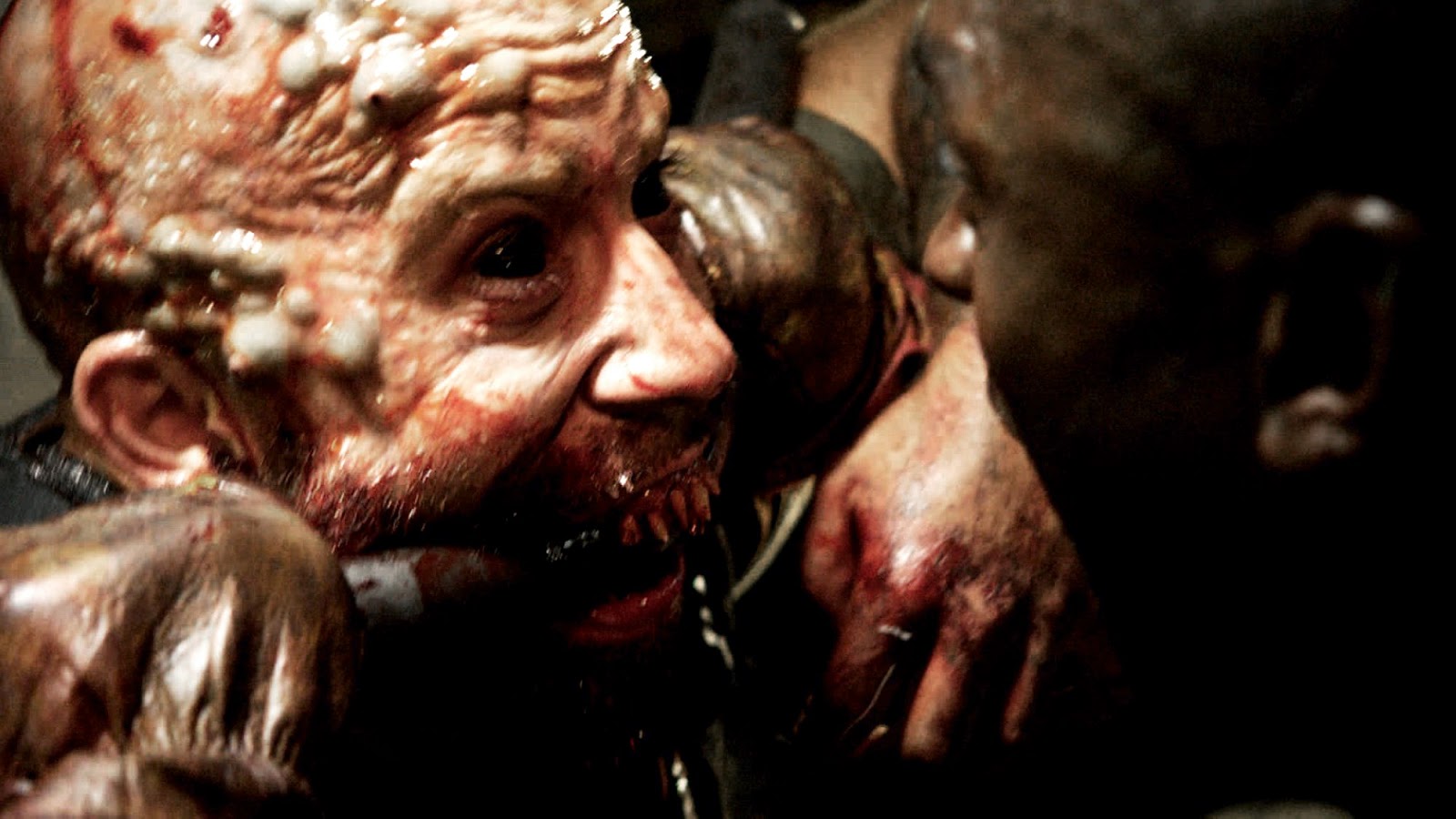 It's like a mixed salad of bad ideas. And it's even worse than regular salad.

There is just so much to be disappointed in with [REC] 4. The characters are one-dimensional to no-dimensional and even Ángela is just plain stupid this time around. The geography of the ship and the number of zombies on board it are inconsistent and frequently baffling. And this supposed franchise finale is no less "final" than a trip to the grocery store.

There's some half-decent gory mayhem from time to time, but if the film wasn't attached to a big name, it would be forgotten in a second flat. I can't bear to dwell on the subject any more because of the enormously powerful pull [REC] has over my life, but if I were you I would run as fast as possible away from this film like it's a sputtering, rabid sous chef looking for a main course.

TL;DR: [REC] 4 is a disappointing ending for one of the best horror film franchises on the planet.
Rating: 5/10
Should I Spend Money On This? Honestly, not at all. Save your money for DVDs of the first two so you can watch those again and again and pretend that nothing ever came after them.
Word Count: 1038
Reviews In This Series
[REC] (Balagueró & Plaza, 2007)
[REC] 4: Apocalipsis (Balagueró, 2015)
Also sprach Brennan at 10:39 AM