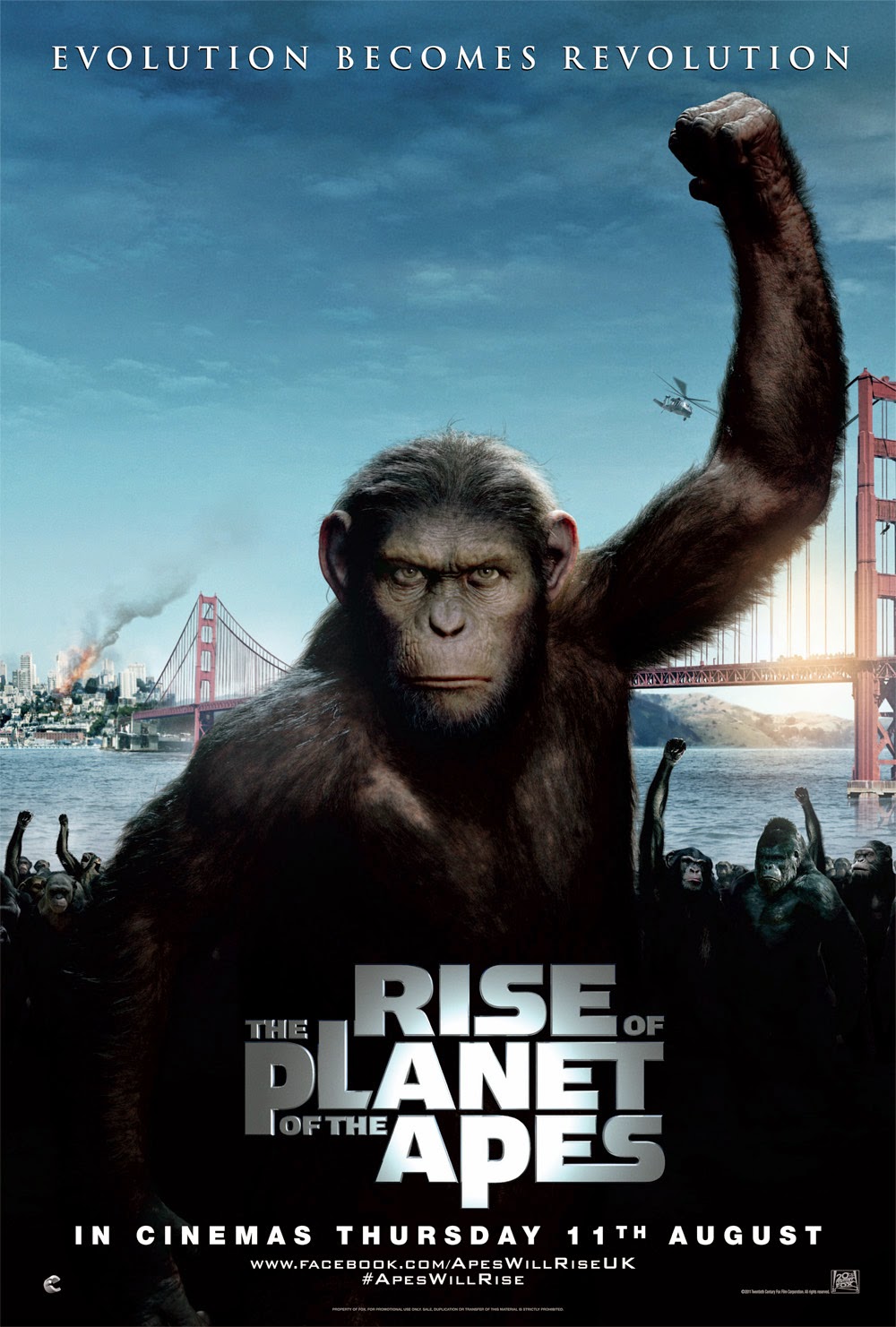 Full disclosure. Before watching Rise of the Planet of the Apes, I had seen no other films in the illustrious Planet of the Apes franchise. But I'm sufficiently well-versed in pop culture to understand the significance of, say, the main character playing with a Statue of Liberty toy or subtle, discerning homages like the line "Take your stinking paws off me, you damn dirty ape!" So let's just say I'm not exactly in the dark.

But enough monkeying around. We've got a prequel reboot requel(?) to review! 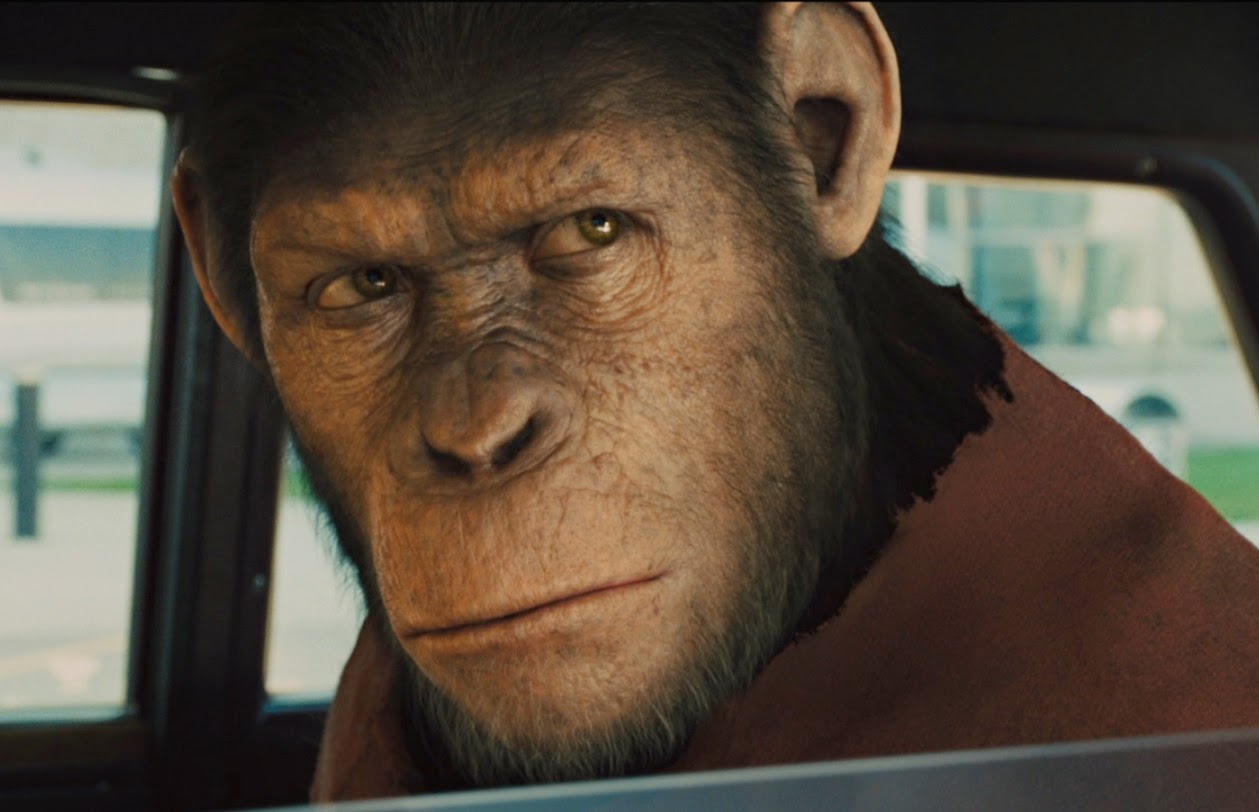 What? Like it's my fault your movie's pedigree is so confusing.

Rise of the Planet of the Apes, however it chooses to define itself, tells the story of Will Rodman (James Franco), a scientist working for an Evil Science Corporation testing experimental drugs on apes. During his experiments, he often lets his emotions get the best of him. Like the time he used his experimental Alzheimer's drug on his father (John Lithgow). Or the time he stole a baby monkey named Caesar (Andy Serkis covered in green balls) from the laboratory after his parents were killed following the cancellation of the testing and let him grow up in his well-appointed San Francisco home alongside his ailing parent. He brought a genetically mutated monkey home to hang out with his sick elderly dad. He's basically the worst movie scientist I've ever seen and I recently sat through some 50's sci-fi movies in which the only solution to any problem was to call in the troops and ask them to please bring the big tanks this time.

After the drug successfully eradicates his father's Alzheimer's for a couple years, Will's boss - Lord Business AKA Steven Jacobs (David Oyelowo) decides to allow further tests to continue. Soon afterward, a mishap with an angry neighbor causes the now-grown Caesar to violently act out and be sent away to an animal shelter run by John Landon (Brian Cox) and his petulant son Dodge (Tom Felton). There he meets dozens of mistreated chimpanzees, orangutans, and various other species of his kin. He sneaks them the new drug, which causes hyper-intelligence in apes, but festers dangerous disease in humans. And oh look, but a coworker has been infected and begins sneezing blood on just about anyone who asks.

Oh, also, Will gets a girlfriend, veterinarian Caroline (Freida Pinto), but she has no purpose in the plot, falls for him in under 30 seconds, and is never given a chance to use her skills with animals for any means. She's less important to this movie than James Franco's belly button. 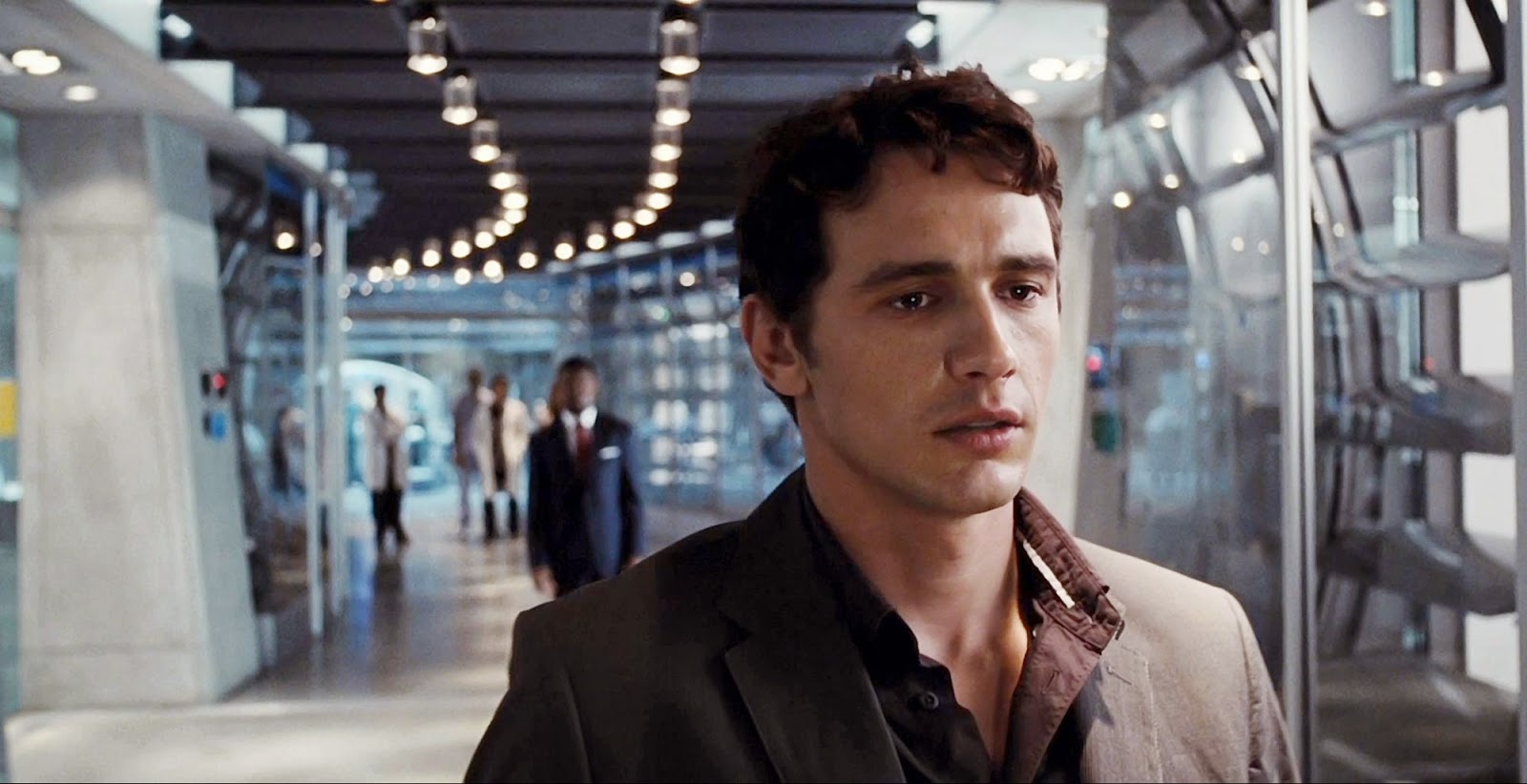 Oh, also there's no good screenshots of her. Feminism!

The thing about RotPotA is that, despite having every possible warning sign, it's actually kinda good. Mind you, it's about as generic as a Hollywood thriller could possibly get and is filled to the brim with La La Land's typical brand of plot holes and quick-and-dirty conveniences (the Alzheimer's vaccine works in one day; nobody thinks to call a doctor when they start dramatically expelling blood from their nostrils), but it's charming for it. And in a franchise as strapped for quality entries as Planet of the Apes, it's hard not to sing the film's praises, though it does suffer from a bit of prequel disease, rendering its entire plot largely pointless because we know exactly what's going to happen.

The two strongest original elements the film brings to the table are its bright, polished aesthetic and its central theme (of growing up and leaving the past behind as you find the place where you belong; also man's hubris will destroy us all, yada yada yada), which hearkens back to the original film's intent without directly copying its message.

The filmmaking is smooth and precise, lending the movie with some beautiful sequences of great craft, including a wonderfully memorable aerial shot as well as several gliding Steadicam moments that guide the viewer through the film's spaces with a magisterial and skilled air. The story itself may be ruthlessly generic and the gore that aches to be in place during some of the more intense sequences is withheld by the PG-13 rating, but it's a well-made shiny diversion and we can't fault it for that. 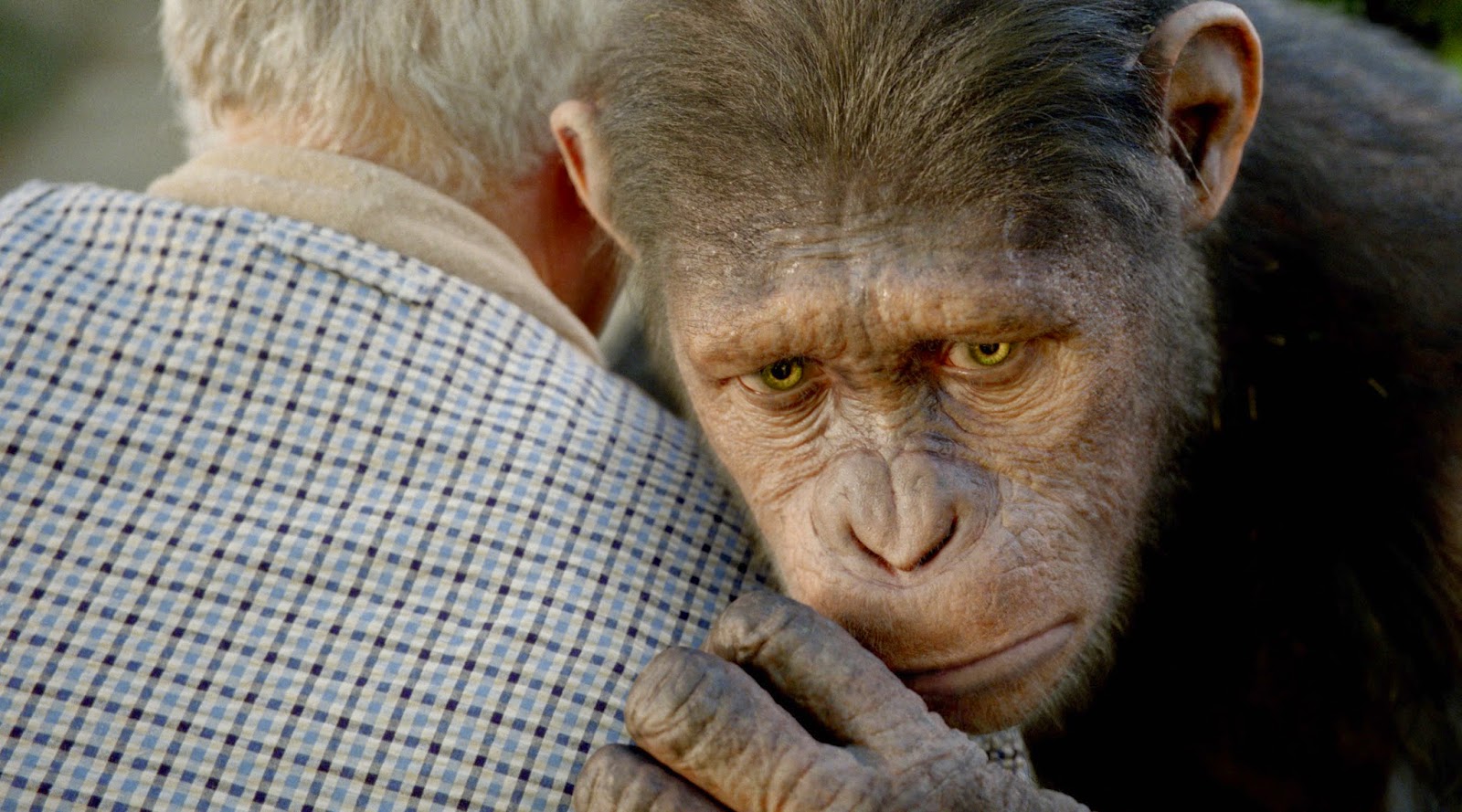 One enormous chink in the film's armor is the special effects. Andy Serkis is a genius in the craft of motion capture performance, so his Caesar is more than capable of carrying a movie on his shoulders. But the apes here are certainly no Gollum, or even King Kong circa 2005. The CGI monkeys seem to exist in a realm slightly to the left of our own in which everything is a little fuzzy around the edges and objects don't really respond to the weight of one's touch. It's decent enough to get the story across, but the animation keeps the film firmly out of reality. It's not like Planet of the Apes is supposed to be a hard-hitting, gritty neorealist drama, but you know what I mean.

Really, there's a lot to complain about with Rise of the Planet of the Apes, but it's all ultimately inconsequential. When you have fun with a movie, why bother shouting into the hurricane? The plot is engaging, Caesar is a well-developed, earnest character, and there are enough nods to the horror genre (28 Days Later would be a more or less perfect double feature with this) to keep the darker side of the film intact. It didn't get snubbed in the 2012 Oscars for no reason, but it's a popcorn movie worth remembering. Here's hoping that Dawn of the Rise of the Planet of the Apes is just as refreshing.

TL;DR: Rise of the Planet of the Apes is a generic Hollywood blockbuster, but it's well-made enough to be a fun, slick time at the movies.
Rating: 7/10
Word Count: 1004
Also sprach Brennan at 10:36 AM