He's A One Stop Shop, Makes My Pulse Drop 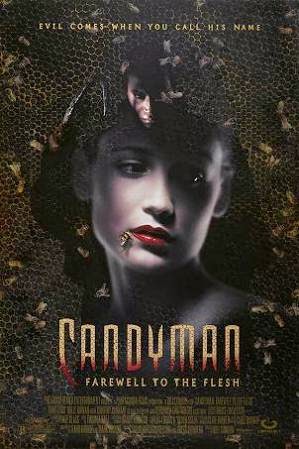 There's perhaps no greater indictment of the "90's horror is pure trash" school of thought than 1992's Candyman, an intense urban gothic legend that seamlessly blends Clive Barker's signature sense of the macabre with the real world dereliction of Chicago's Cabrini-Green projects. On the flip side, there is perhaps no greater example of the despicable crumminess that permeated that decade than its followup, Candyman 2: Farewell to the Flesh, which isn't actively bad, but merely reaches a pinnacle of apathy, turning one of the most unique horror properties of the decade into a bog-standard bit of supernatural hack and slash.

Candyman 2 certainly isn't as much of a waste of time as, say Saw III, its companion for my Halloween movie marathon, and it's not even a terribly dreadful film by any stretch of the imagination. It's just such a step down in quality from the almost impermeable original that it can't escape the shadow cast by that horror monolith. 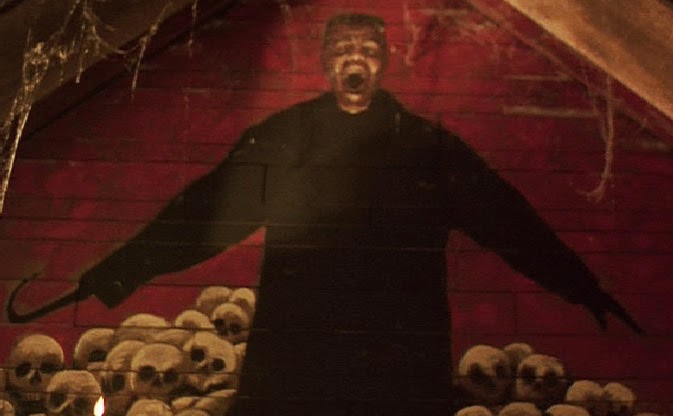 And it's quite a shadow.

In this film, Candyman (Tony Todd) forgoes his old stomping grounds for another territory: New Orleans. The newest victim of his deadly seduction (although he is neither quite so deadly nor as seductive this time around) is Annie Tarrant (Kelly Rowan), a schoolteacher who works with inner city youth and, in an attempt to decry the old urban legend, speaks Candyman's name five times into the mirror, inadvertently summoning him to wreak havoc on her and her family.

Her brother Ethan (William O'Leary) has recently been arrested and wrongly accused of Candyman's first kill - a pompous professor with more ponytail than common sense. And her mother Octavia (Veronica Cartwright, who - of all things - played the little girl in The Birds) is suffering from nonspecific cancer and old age despite looking not a day over ten years Kelly Rowan's senior. Hollywood is a weird place. Annie's father was killed many years ago in a murder suspiciously close to Candyman's MO and his return prompts Annie to investigate further into the myth and its roots in the city.

In the process she finds out that she should have just rented a DVD of Candyman, because pretty much the same thing happens, but with more baldly telegraphed jump scares. I swear, a body can't open a closet or stare out a window in this world without a hand slowly reaching for them or a mysterious figure appearing in the distance. 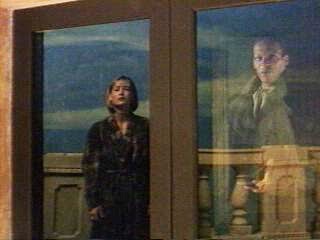 The film's best decision was to set Candyman's psychological torment against the backdrop of the New Orleans Mardi Gras celebrations, which automatically provide a depraved, jangling environment for the horror to take place. It's no match for the original's waking nightmare of Cabrini-Green, but the atmosphere is there. Heck, that carnival even made moments of The Last Exorcism Part II look good, and if that dog wasn't dead on arrival, then I will hang up my blogger's sash and retire from the business forever.

Farewell to the Flesh's best element - the return of Phillip Glass's marvelous score - doesn't help much with hiding this fact. The lush orchestral arrangements contrast with the film's overall aesthetic and highlight just how insidiously plain the entire affair ends up being. Again, this is an average film rather than a bad one, but the music provides a earthquake of pomp and circumstance that cracks open the bitter divide in quality between this film and the first. 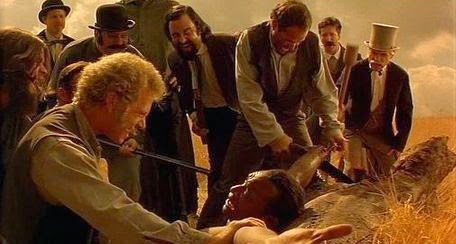 An actual photo of the studio heads getting Tony Todd to sign his contract for two sequels.

Besides the Mardi Gras festivities, the best contribution the film has to offer to the Candyman canon is a healthy dose of weirdness, which never seems to receive as much credit for saving average films as it should. The sheer strangeness of some moments (including the implacably persistent narration by a sassy Cajun DJ - Champion Dialogue: "My belly is a mountain of love stuffed with oysters.") offsets most of the film's rough patches with delectable goofy charm.

Whether it's a prostitute dressed like Cleopatra licking snow cone syrup off the arm of a Hawaiian ice vendor/voodoo king, an underprivileged kid being told to go get help and returning with a gaggle of more underprivileged kids instead of the cops, or a Candyman survivor hanging a mirror above her child's bed, Farewell to the Flesh is full of truly bonkers decision-making, one of my personal favorite elements a film can have.

The acting is all-around wobbly, but results in some terrific bad-good moments (the frightened mountain lion yowl that erupts from Rowan's throat is unforgettable), and the half-hearted stabs at some sort of discourse on class disparity are at least commendable for trying to achieve anything beyond the surface level. All in all, Candyman 2: Farewell to the Flesh (Which, now that I think about it, should definitely have been called Farewell 2 the Flesh. This was the 90's, it should have been a moral obligation) isn't a total waste of time, but is only recommendable to fans of the original.