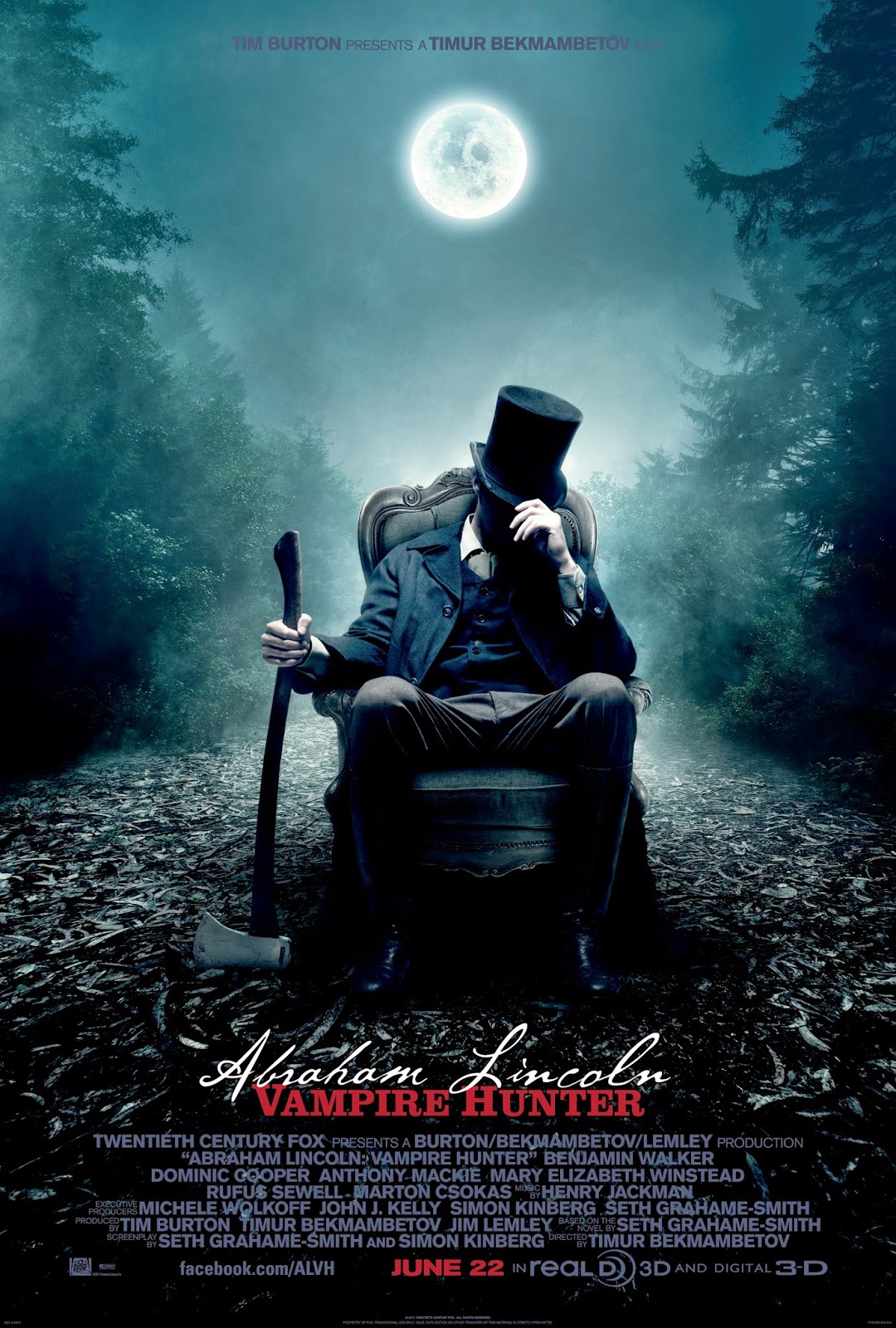 Let me just say that there is very little reason for Abraham Lincoln: Vampire Hunter to exist. Based on the lesser-known mashup property by Pride and Prejudice and Zombies scribe Seth Grahame-Smith, the concept is so fundamentally strange that it seemed unlikely that the ever-so-safe Hollywood studios would ever take a whack at it, let alone throw Tim Burton on as executive producer and pour 70 million into its coffer.

The fact that it's quite fun - much better than it should have ever possibly been able to be - is also surprising, but I continue to lie back in awe at the fact that the monstrosity was ever given the chance to exist in the first place. But here we are. Also, we can all look forward to Pride and Prejudice and Zombies in cinemas in 2015 directed by the guy who did 17 Again, so never ever tell me that the world isn't an incomprehensibly wonderful place sometimes. 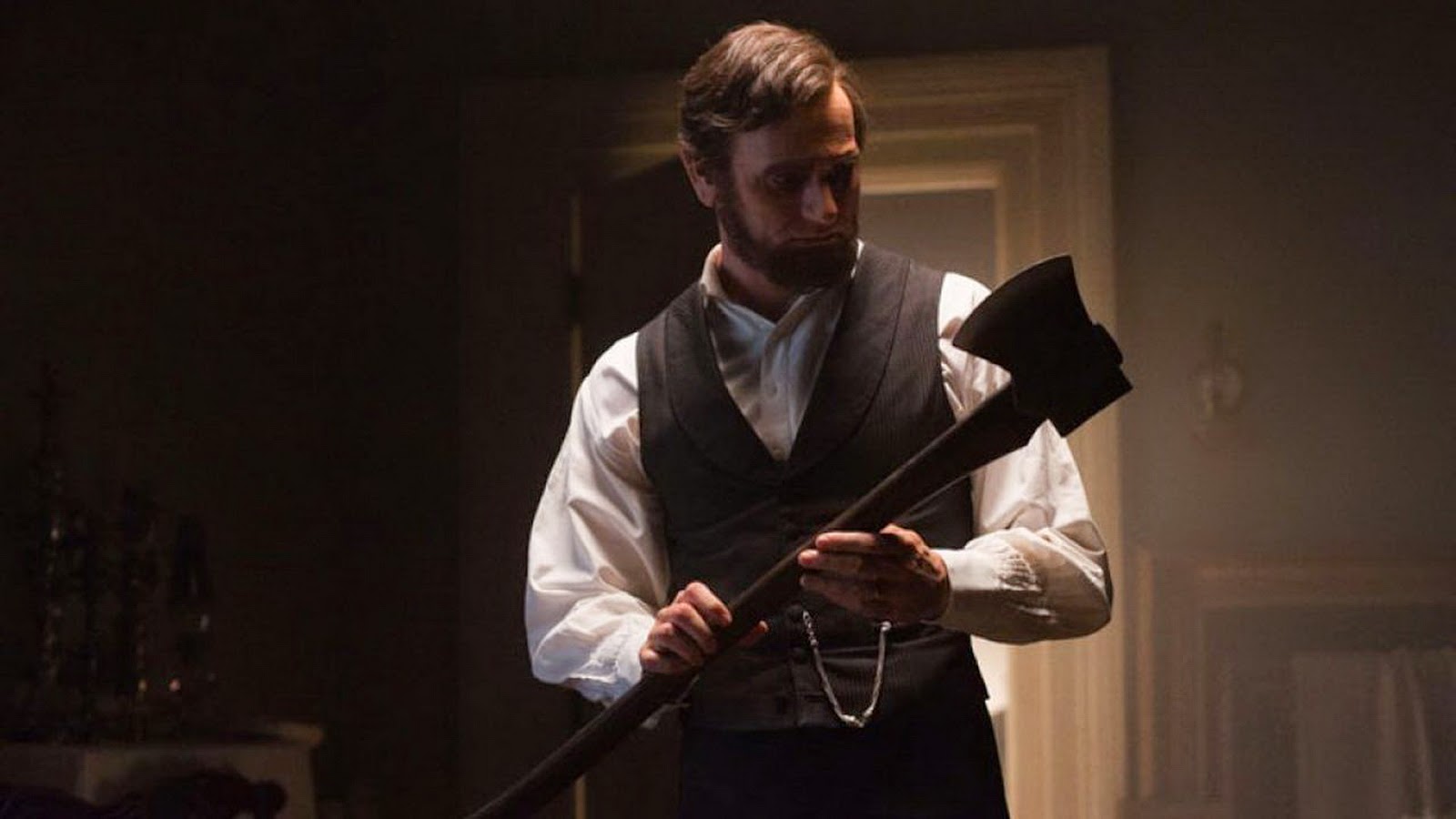 There should be whole new fields of science invented to discover how this film came to be. And to see if we can tap into that to get Saw VIII: The Battle of Jigsaw Island off the ground.

The plot is presumably self-explanatory, but I'll jam through it for formality's sake. Abraham Lincoln (Benjamin Walker) lost his mother to a vampiric plantation owner (Marton Csokas) as a child and, once he grows up, is taken under the wing of expert hunter Henry (Dominic Cooper). While he attempts to balance his friendship with childhood buddy Will (Anthony Mackie) and relationship with - of all people - Mary Todd (Mary Elizabeth Winstead) with the stern, lonely life of a vampire hunter, a team of vicious Southern vampires led by Adam (Rufus Sewell) and his sister Vadoma (Erin Wasson) make eeeeeevil plans in the shadows.

There's actually a rather large amount of mythology bundled up in the film (evidently vampires can endure sunlight just fine, but they lack they ability to murder one another), both vampiric and otherwise. The attention to detail is impressive, though I am of the opinion that the film leans far too heavily on the book for an accurate understanding of the universe's (and the characters') mechanics.

Far too many moments feel rushed, especially some of the more emotional beats, leaving the impression that maybe you accidentally sat on the remote and skipped ahead a couple scenes. Attempting to coast through on the details of the novel, Mary Todd's character is glossed over with a generic "modern woman in olden times" sheen and Henry especially is (from what I have been told) not given his due diligence, his brutal and vivid origin story from the book instead replaced with a treacly vignette. Now we'll never know how he can tree-lean so flawlessly.

But for all the dashed-off character material (Why does Mary Todd fall in love with Lincoln? Because history says so, that's why.) and chockablock narrative, AL:VH makes up with gonzo action setpieces that not only go over the top but send the top itself careening into a different dimension. We get slow-mo explosions of blood and splinters! A combination battle axe/musket! Men atop a runaway train on a burning bridge! A footrace atop a stampede of horses!

The whole affair is unfortunately laden with a heavy blanket of CGI, but the action is too nonstop to be bothered with handwringing about it. And while the details are a little cloudy, the broad strokes of the plot are campy genius. The film elects to ignore historical fact (I mean, duh) in favor of a stark black-and-white Civil War tale in which the Pure Good Abe Lincoln fights off the Wicked Monsters of the South - all the vampires are plantation owners who keep slaves in order to feed. If that's not the most zanily patriotic metaphor you've ever in modern American cinema, please let me know in the comments so I can watch that other movie right now.

And honestly, the screenwriter and make-up artist conspire to create what can only be described as an inutterably accurate portrayal of how our 16th president would speak, look, act and think if he had come from a background of vampire hunting rather than whatever the hell it was that early American teens did with their time. Tending fields and tipping cows I guess. The style of his speechcraft (if that's not a word, I'm making him so) is alarmingly accurate to the period and his look as he ages only improves. 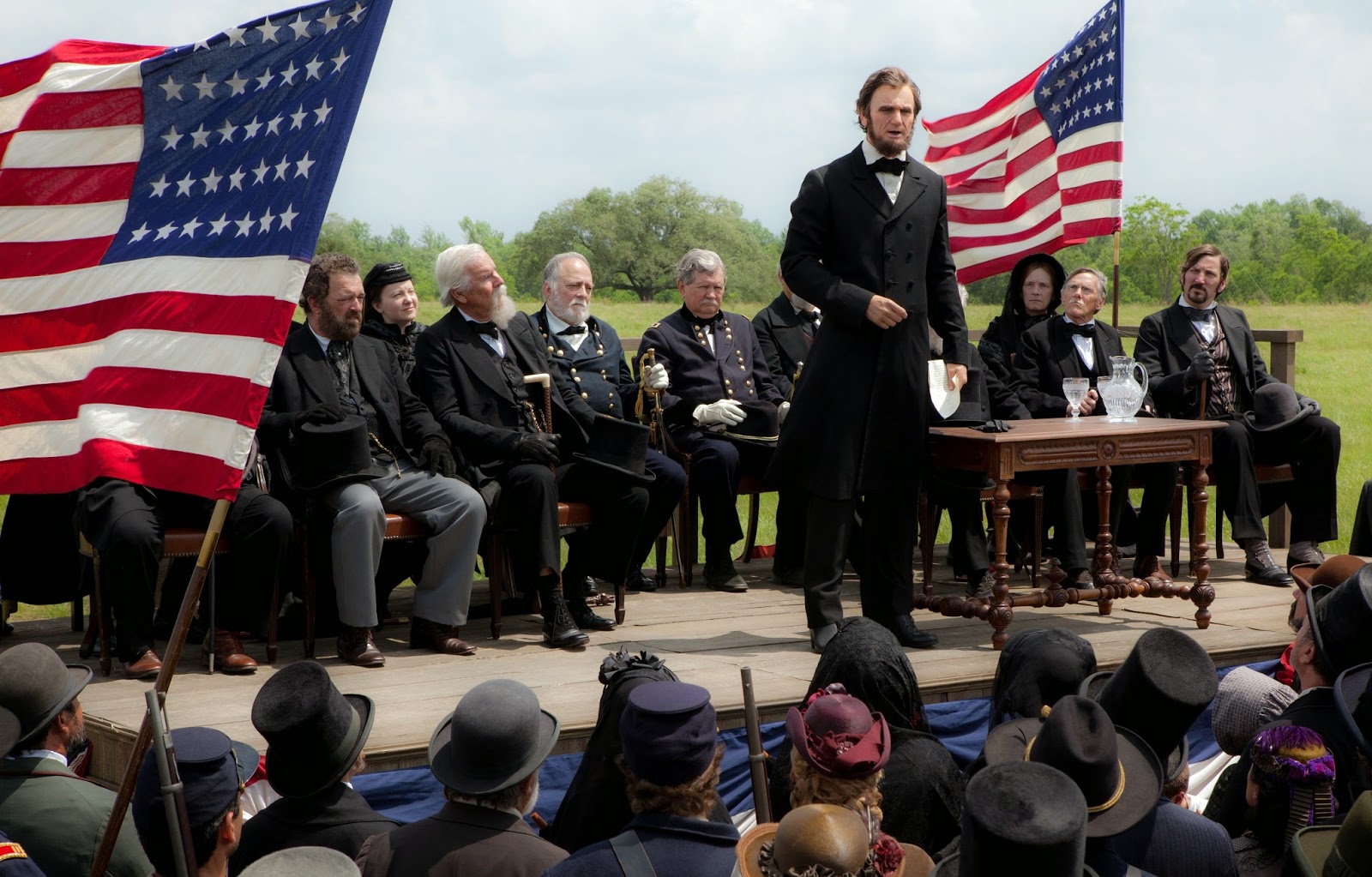 I never saw the movie Lincoln, but this frame tells me I might as well have.

So yes, there are rough patches in Abraham Lincoln: Vampire Hunter. In fact, this movie could be sold at Bath & Body Works as an exfoliant. But it rather makes up for them with a masterful sense of style and horror movie fun that makes it a uniquely strange thrill ride. It's not going to rewrite cinema history, but this buoyant look back over America's alternate past is worth visiting for fans of vampires, exuberant action, or hot presidents. 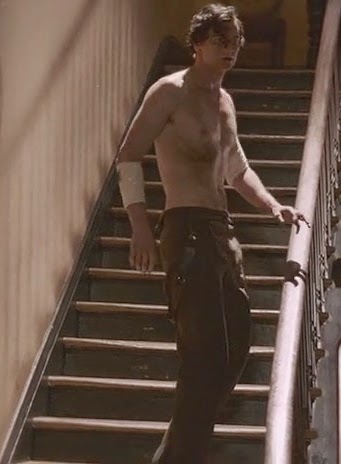 TL;DR: Abraham Lincoln: Vampire Hunter is a little too reliant on its source material, but is a wacky fun retelling of a historical turning point.
Rating: 6/10
Word Count: 898
Also sprach Brennan at 1:35 PM