Be As Thou Wast Wont To Be 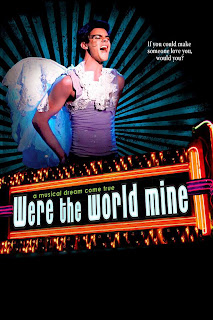 It is difficult for me to even begin discussing Were the World Mine without slipping into hyperbole. Despite its flaws - and any canny viewer may note that there are several - the film is the single non-horror movie most attuned to my preferences. In addition to being an aggressively stylish, gleefully campy, devilishy handsome, subtly meaningful film, Were the World Mine is above all most notable for two things:
If that doesn't sound like your cup of tea, you are patently not myself. But although its core concept is immensely appealing to Yours Truly, the film has enough bulk to break through my bias and prove its wonderfulness in its own right. But I may not be as biased as it seems -Private Romeo, the gay version of Romeo and Juliet set at a military academy is conceptually perfect for me, but it's one of the only movies in existence that I turned off halfway through. And I've sat through all 82 soul-gouging minutes of The Outing. Hell, I've survived Bee Movie. I'm a veteran of this kind of thing. 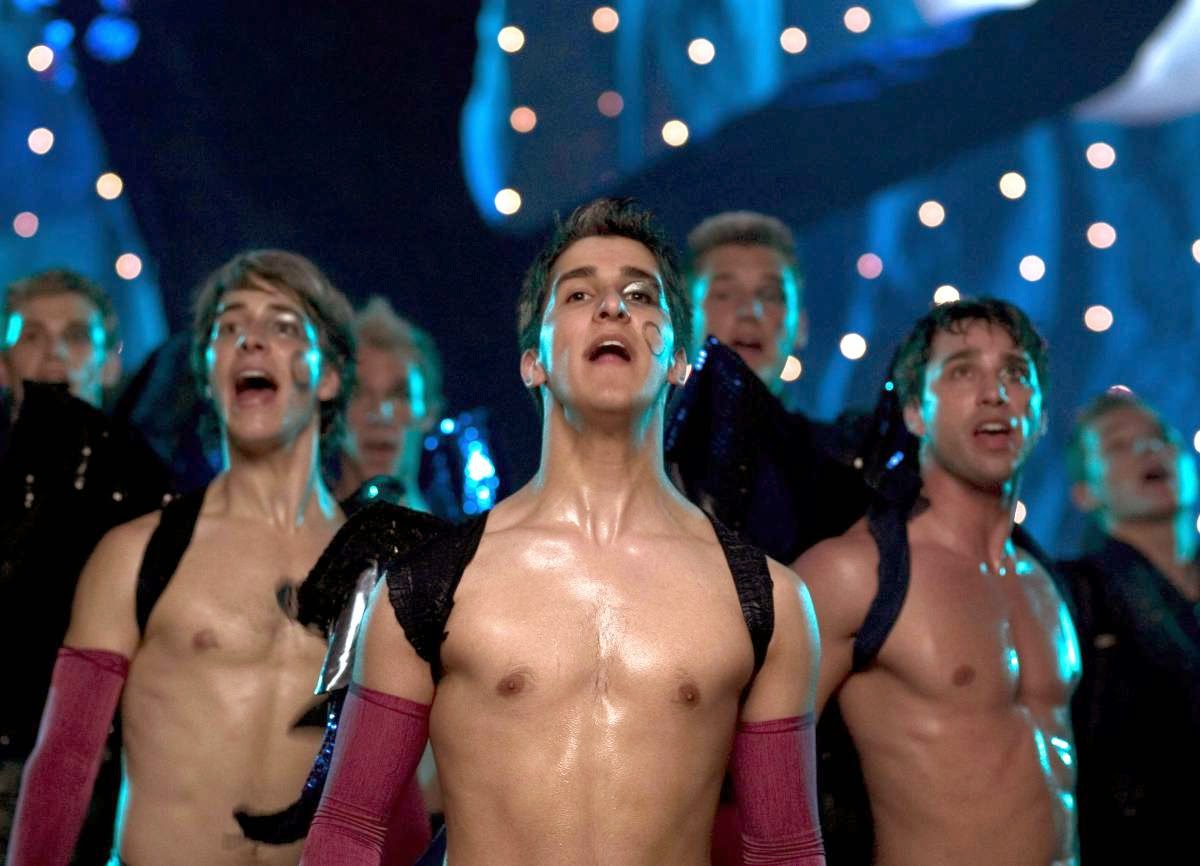 I mean, scenes like this help, but the movie is legitimately good. Trust me on this.

The story revolves around Timothy (Tanner Cohen), a gay student who goes to an all-boys private school in a very conservative neck of the woods. He lives with his mother (Judy McClane) in a realistically worn-in house (I only note this because aren't we collectively getting tired of "poor" characters living in luxury in opulent palaces? We are the 99%! The part of the population who aren't fictive TV personalities.) as she struggles to find a job and pay his way through his education.

While the school's rugby team sees fit to bully him all day long, Timothy nurses a crush on their hunky captain Jonathon (Nathaniel David Becker) - his only classmate who actually seems to see him as a human being and not just a pincushion of relentless torment. Dibs on the band name. He is thrown into conflict with them more and more as they are forced to spend time together rehearsing the mandatory senior play. You win absolutely nothing for guessing what that play just so happens to be.

As is true of nearly all films on the LGBT spectrum, Were the World Mine has a disastrously low budget. The "living in a crackerjack box eating the shoes off your own feet" kind of low. But unlike just about every single glittering one of those other flicks, it turns that lack of means into an outright strength.

You see, when Timothy discovers a secret recipe hidden inside a magic script (did I mention camp?), he recreates the flower from the play. You know, the one with the juice that can make anybody fall in love with the first person they see? Put yourself in Timothy's position. What would you do with a flower like this if you discovered it in high school? He absolutely uses that sh*t to get Jonathon to fall in love with him and make all the rugby guys turn gay for each other. 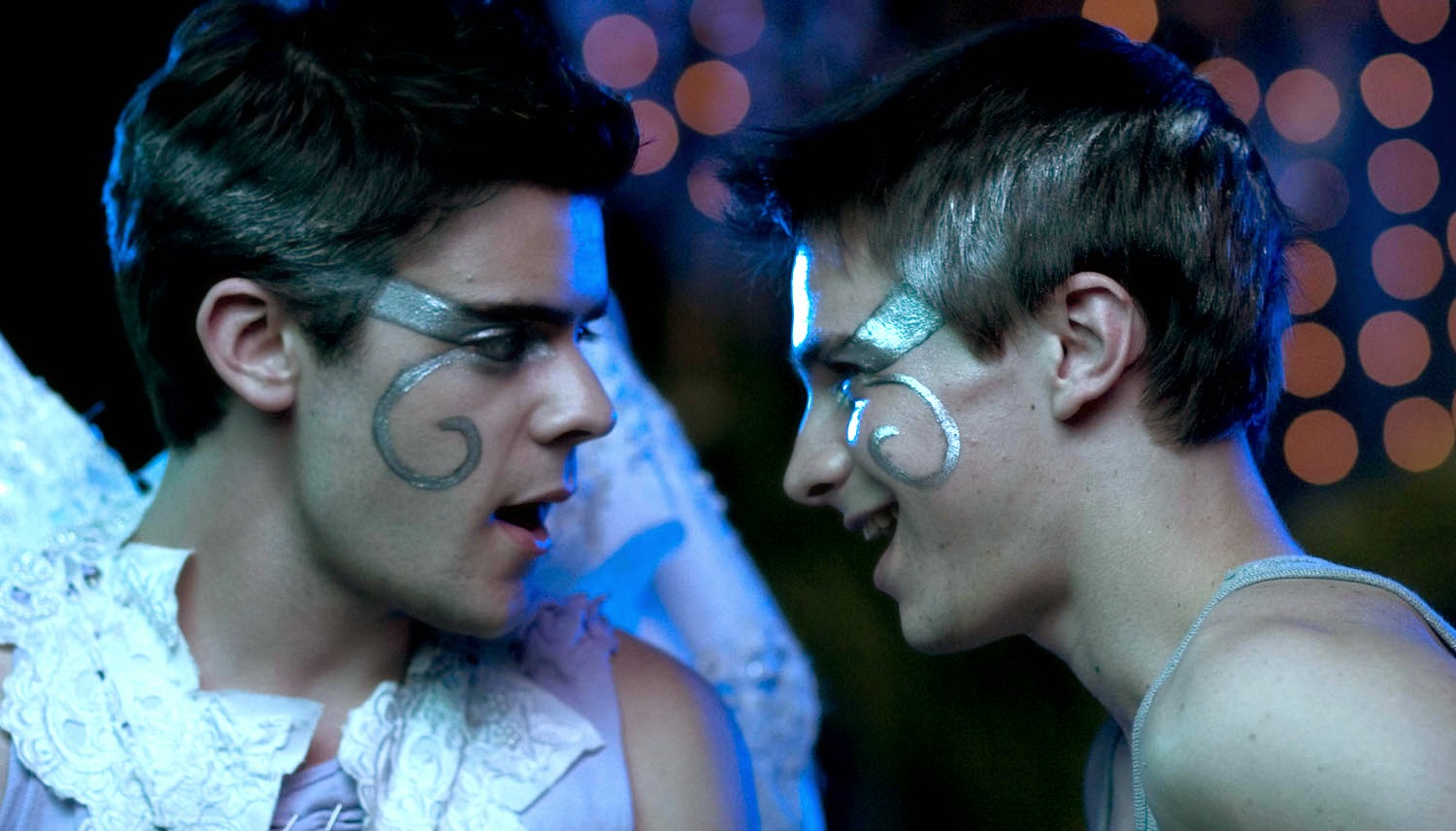 The flower also gives them impeccable skill with a chrome makeup brush.

Rife with fantasy sequences and mystical forest dances numbers, the ambitious aesthetic of the film must have had the accountant tearing his hair out by the roots. But by using a trick harnessed in 1984's A Nightmare on Elm Street of all things, these sequences gain their power from their homegrown design. Utilizing high school theater sets and costuming and reappropriating actors from the student body ensemble, the film at once saves money and unites the film under a singular theme.

Director Tom Gustafson's visual prowess is such that, even with these limitations, he manages to assemble dazzling compositions of color and light, utilizing the human form in his staging in a way that wouldn't be out of place in the most high-falutin', champagne reception, Sundance exclusive of art films. 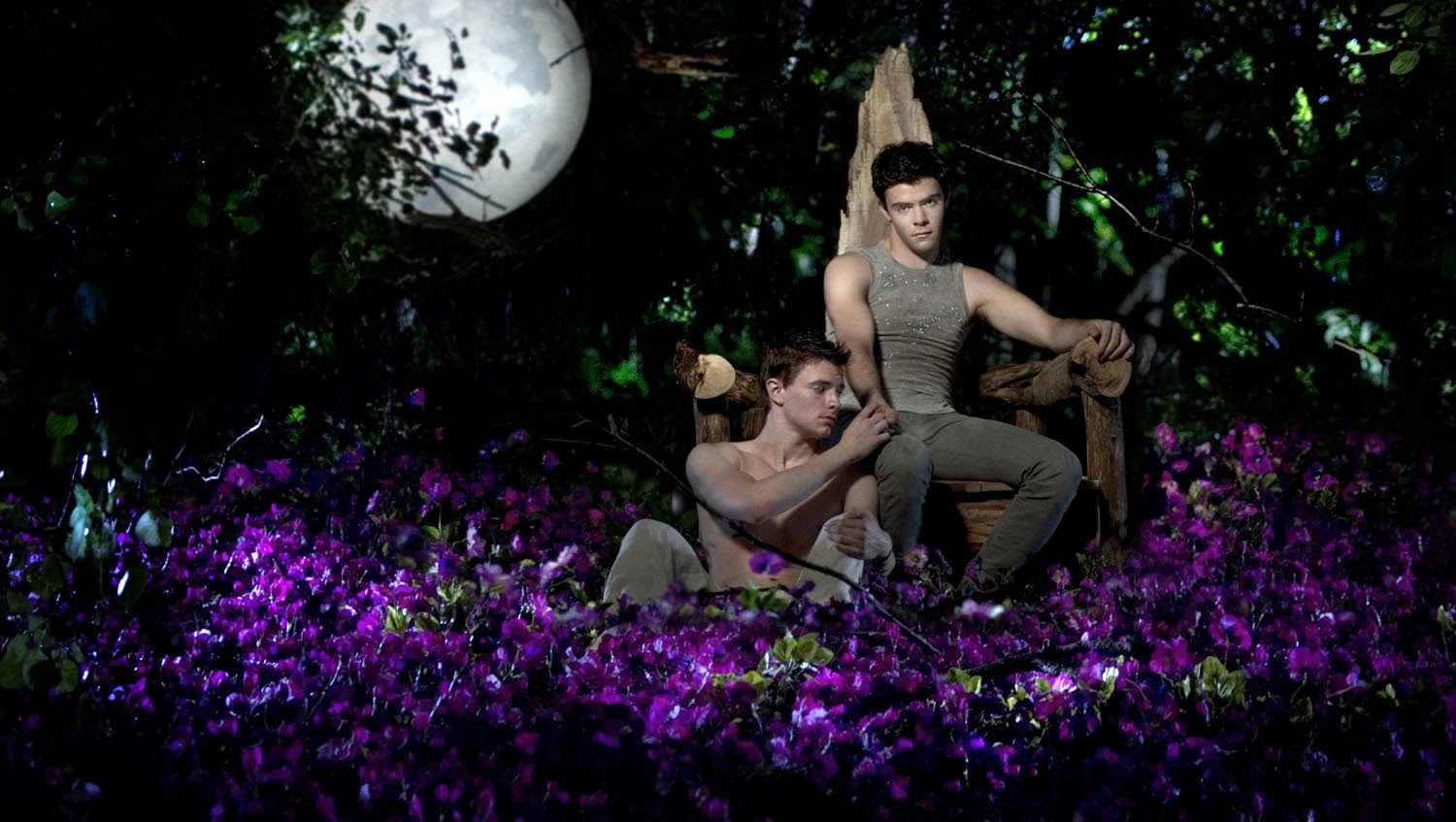 Show me a gay movie at this budget with a frame even half as lovely as this eye-popping purple extravaganza and I will show you a lying charlatan.

But the best part about this quite literal high school fantasy is the message, taken from Midsummer itself. Though Timothy has his puckish fun with the young lovers, he learns that he is interfering with their true feelings, much in the way that they were with him. It is unusual that a gay film has a bifurcate message, but Were the World Mine pulls it off with aplomb, simultaneously depicting a "teach the town to be open minded" fable with a dash of "teach yourself the same thing." In this way, Were the World Mine is utterly human, embracing our flaws and pushing us all to change and be a little more forgiving in all regards.

It also doesn't hurt that the songs are hella rad.

With lyrics culled exclusively from Shakespeare-penned lines, Cohen's soaring falsetto, and an Eastern musical styling providing a tonal undercurrent, the music in the film is unutterably perfect, by far the most consistently satisfying and unimpeachable element of the movie as a whole. Whether it's perfectly capturing the feeling of "catching" in an audition after a wobbly start or the hellish sting of a broken heart, the music pumps the film with pure, unadulterated feeling. 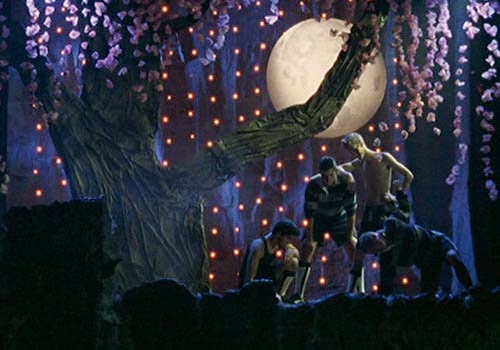 And let us never forget that this aesthetic is SO. 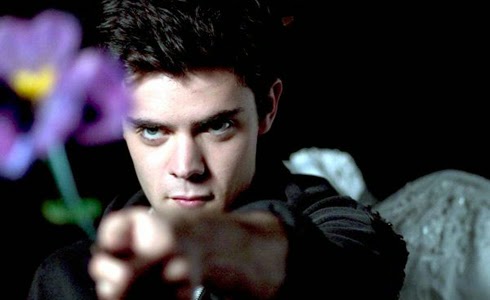 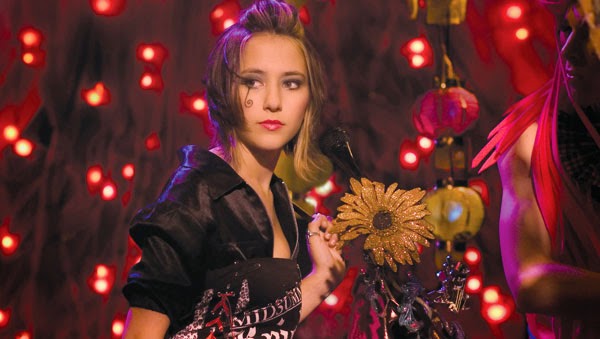 Were the World Mine exists in a register halfway between camp and sincerity. But whether it's Ms. Tebbit (Wendy Robie), the zany English teacher appearing out of nowhere to spout hilariously stilted lines like "I'll note you in my book of memory" with the zeal of an older actress who has nothing to lose or a final moment that is reminiscent of The Great Train Robbery, the entire picture is utterly genuine. This renders the camp moments fun and the serious moments (especially the strain on the relationship between Timothy and his single mother) tender. Honestly, if I fully understood how Tom Gustafson managed this, I wouldn't be here writing about it. I'd be out there making the sequel.

And any doubts about the acting (Wendy Robie is an eternal gem, but Tanner Cohen has a little trouble shifting gears during the first act and the ensemble is occasionally dubious) are swept away with a tidal wave of style and pure musicality.

In spite of its strong style, there are a few intractable issues with the film, typically due to its low budget equipment. The sound in the exterior scenes is murky at best and the cinematography during the non-dazzling moments has a perplexing tendency to cut together a little roughly, like there wasn't enough coverage for certain particular moments.

But we takes what we gets with indie cinema and Were the World Mine is such an eminently euphoric fantasy film that its faults are occluded by pure joy. If you're not in the target audience for this dazzling film, you know who you are. But I highly recommend it to anyone and everyone. Gay or straight, young or old, Simon or Garfunkel, this film has something for everyone and deserves to be appreciated far beyond its mild cult audience.

Also it's on Netflix, so you have no excuse. Go. Now. Let me know what you think. I hope you love it. And if you don't, well... If we shadows have offended, think but this and all is mended- that you have but slumbered here while these visions did appear.

Good night unto you all.

TL;DR: Were the World Mine is certainly beholden to some low budget indie movie flaws, but is next to perfect stylistically and musically.
Rating: 10/10
Word Count: 1323
Also sprach Brennan at 3:55 PM