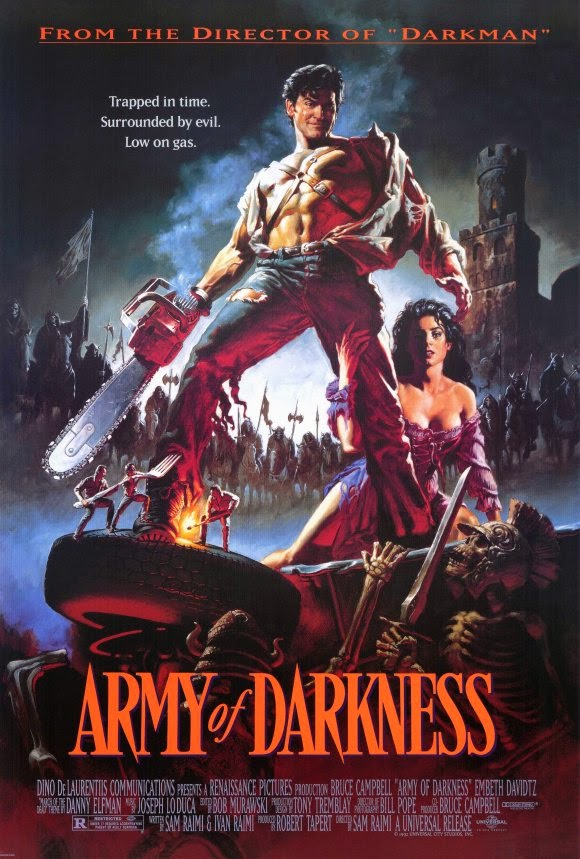 Army of Darkness is a hell of an odd little movie. As the five-years-later followup to the smash comic horror masterpiece Evil Dead 2, it had some big shoes to fill. Instead of even trying, it cut its own feet off and rolled around on the ground with the shoes to make a nice little dismembered dirt angel.

For the first time abandoning the "cabin in the woods" angle, Army of Darkness takes place in a nonspecifically British medieval past after Ash (Bruce Campbell) has been transported through a demonic wormhole, apparently getting a personality transplant along the way to turn him into a massive dickbag. 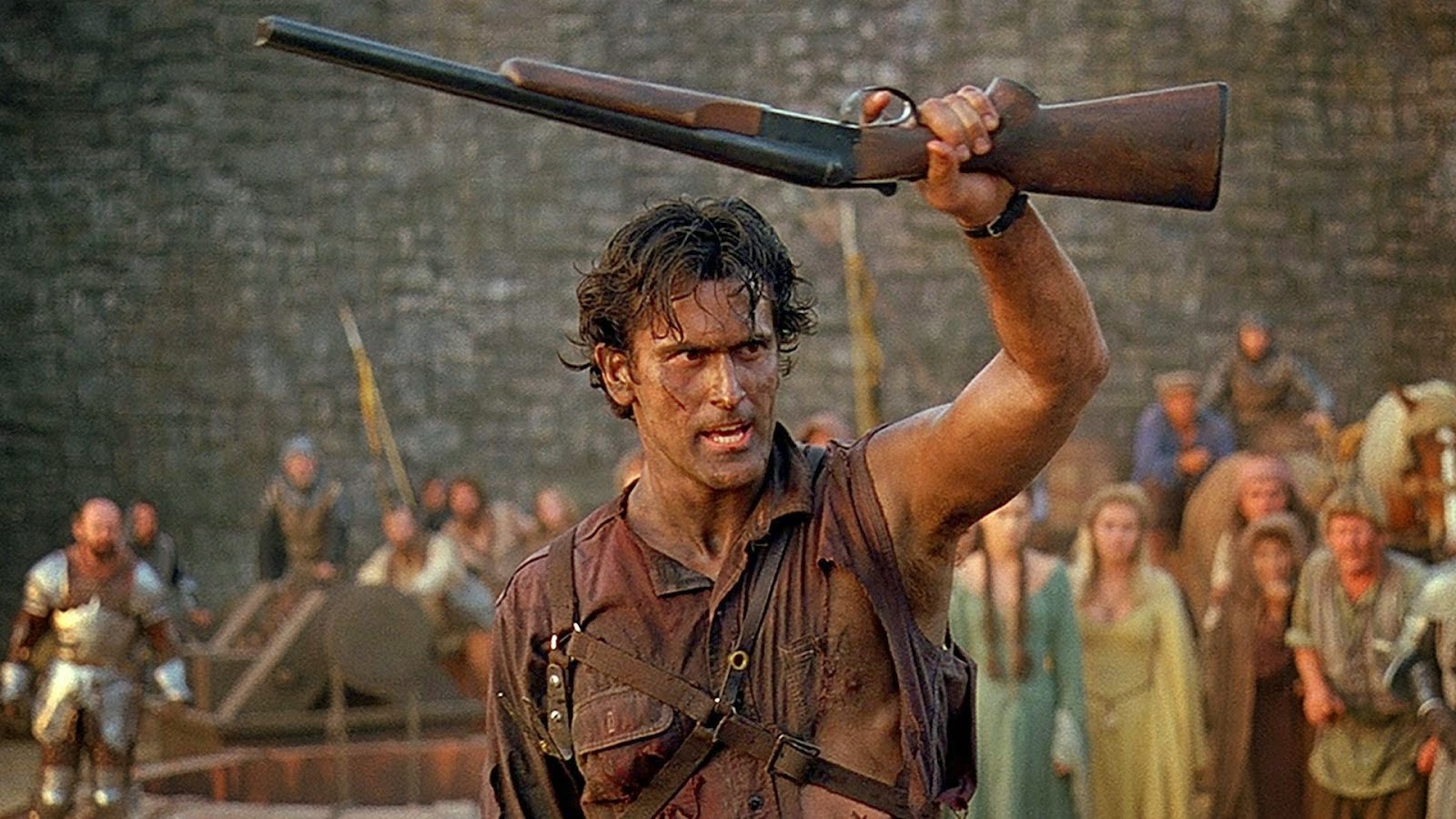 Ash's experiences in that forlorn cabin have turned him into the sort of gruff manly action hero that earns him movie poster poses that look like they come from a bad romance novel. He's full of grumpy grump one-liners and ice cold badassery. This changes the genre entirely.

While it's still full of Raimi's manic camera, silly demons, and plenty of Three Stooges choreography, the franchise had somehow transformed from a harrowing survival tale to a swords and sandals action flick as Ash prepares the medieval village to battle a horde of incoming Deadites in exchange for using the Necronomicon to get him back to his home time.

The plot of Army of Darkness is basically an assortment of medieval-themed slapstick vignettes followed by a massive castle defending battle against a troop of skeletons on horseback. It's insane, is what it is, so it's clear that Raimi and his robust creativity are back in the saddle. 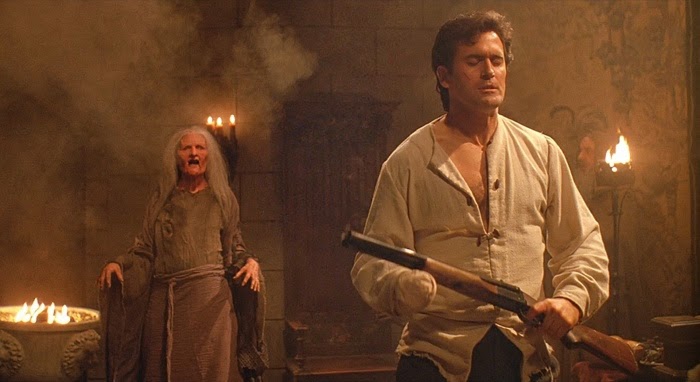 "Robust creativity" and "Shotgun" are interchangeable.

Its biggest drawback is, strangely enough, the film's relatively gargantuan budget - largely because it went to horses and castles and period costumes and extras and Bridget Fonda, not to gore, which is really what matters. I don't think anybody would have minded if Ash spent the entire 81 minutes in that darn cabin again, as long as every cent of every dollar was poured into realizing as much creative and fantastic gore as possible.

Unfortunately it wasn't, and the result is an effects-laden extravaganza that can't rise above the level of hokey and chintzy cheese ball action. But this was the 90's after all, a bleak time to be a horror film. So let us never underestimate the impact such a shot of energy could have on the genre in general, resulting in the last and strongest wave of eternal Evil Dead fanboys. 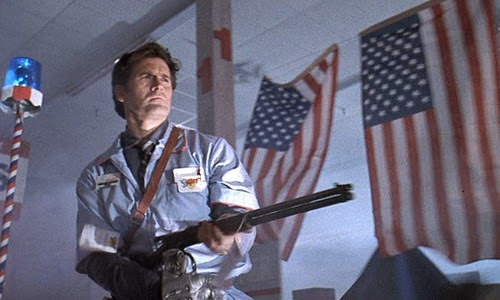 And with shots like this, could you blame them?

There are still some brilliant and entirely new Raimi touches like S-Mart and the Boomstick (watch and you'll understand), but the fact remains that the entire film is pretty thin overall compared to the dense deranged intensity of the two stone-cold classics that it follows.

Hence the thinner review. I miss the Deadites. But holding Army of Darkness up against such leviathans as The Evil Dead and Evil Dead 2 is enormously unfair and I recommend that everybody who hasn't seen it take a moment and bask in some of the corny glory.

Because it really is an enormous success in the bogs of rough-hewn 90's horror. A beautiful maiden (Embeth Davidtz), a surly hero, and an ocean of post-Harryhausen skeletons pratfalling and exploding in glorious fiery infernos is certainly enough to keep anybody entertained. Let us not neglect the joy of this film simply because it's not worthy to be on the pedestal with its brothers.