Best Picture Roundup: And None For Gretchen Wieners

Although I certainly enjoyed the Academy Awards this time around, I have done a shockingly dismal job as a film major, having only watched one of the nominees for best picture. Although I'm generally in disagreement with the Academy about what movies deserve the prize (far too many of the nine nominees had no beheadings), it's still important to know the state of cinema in 2013, the year in which I started my reviewing in earnest.

So, in order to right my wrongs, I'll be spending some time catching myself up so I can at least complain about the Best Picture nominees with the added comfort of knowing what I'm talking about. And, oh look! Here comes the first one down the pike! 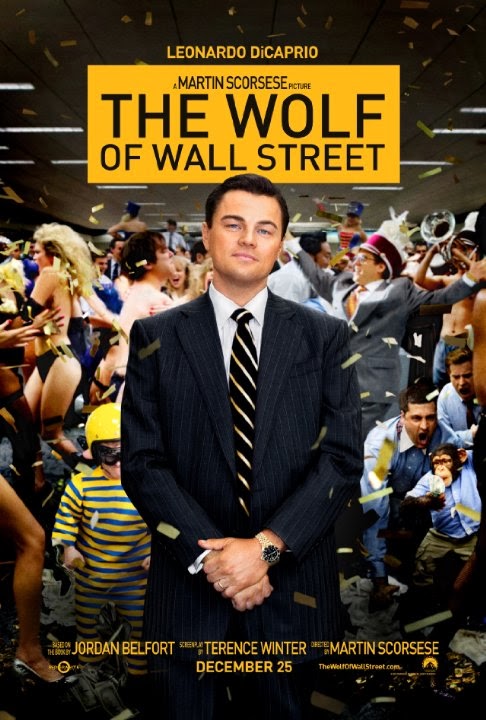 The Wolf of Wall Street is the true story of Jordan Belfort (Leonardo DiCaprio), a sleazy stockbroker who made his fortune selling penny stocks through... illicit means. His favorite hobbies are snorting coke, banging hookers, and/or snorting coke off of hookers. For three hours.

I know I notoriously bag on any movie longer than, say, 17 minutes, but give me a break. The film is entirely rising action. Endless debauchery and F-words (which tend to blend together after a while - every single person I talked to about seeing this movie mentioned that it holds the record for most F-bombs, but honestly it's less about the density of cursing than it is about the sheer volume of the movie) are all fine and dandy, but if that's all your film has to offer with no coherent or consistent conflict.

It's just three solid hours of drugs and whores and then it ends.

I know, I know. It's based on a true story. But you know the thing with true stories about rich guys? There's no consequences. That's the way real life goes, kids. And it doesn't make for interesting movies. 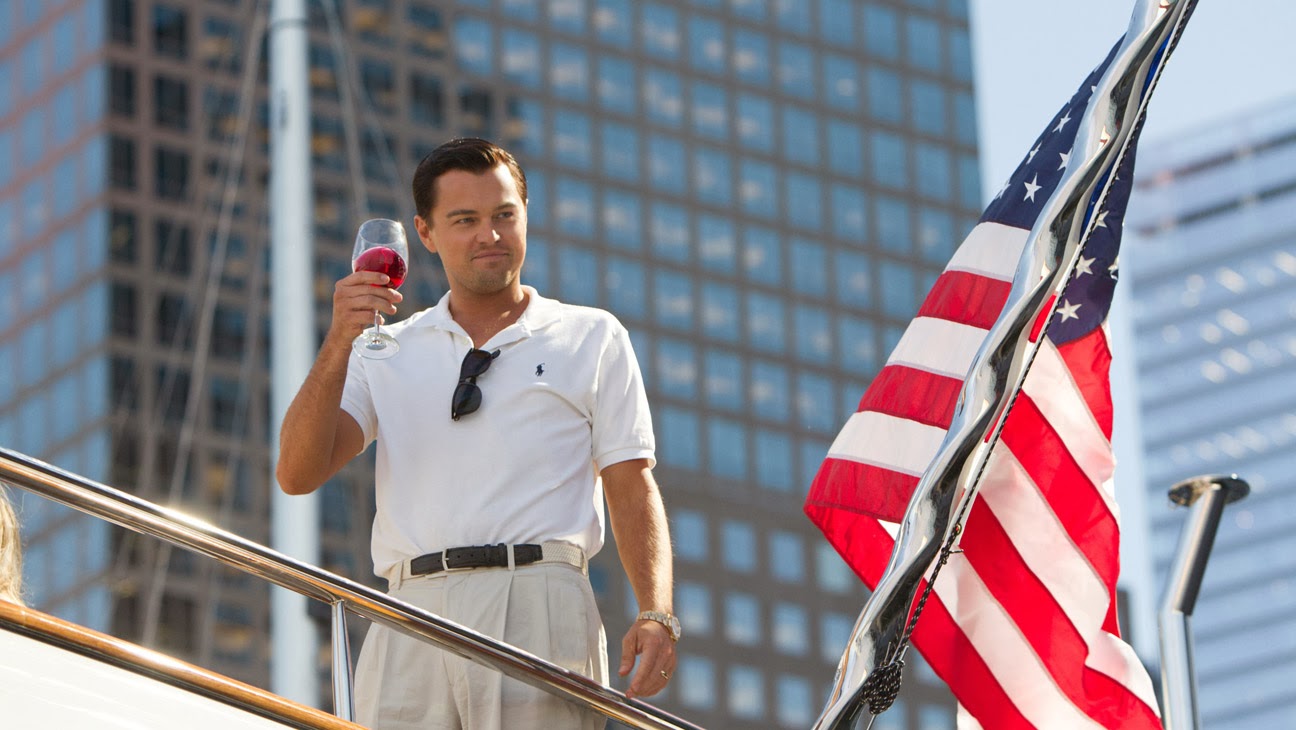 Plus we already had one Great Gatsby.

The filmmakers' personal goal seemed to be to cram the film with as many offensive lines as possible. Any group of people who could be even tangentially considered a minority could find something to hate in this film, but this is a film about awful people, so I guess that gets a pass.

What doesn't get a pass is the awkward and jarring editing style that somehow manages to start scenes too late yet still make them go on for far too long. Honestly, I have no idea what black magic the editors performed to get this combination, but it was obviously too powerful for such inexperienced mages and things got out of hand.

I'm just gonna get all my complaining out here before we get to the good parts (Of which there are actually several. I mean, it's not like Scorsese is new to this). First off, Matthew McConaughey was entirely useless to the plot, which is not something the promotional material and excessive use of that dumb chest beating song would have you believe.

And perhaps I'm just irritated at his douchey behavior at the Oscars (in which he pretty much thanked Matthew McConaughey for his Best Actor award), but I could have done without him entirely. Although he did turn in a better performance in ten minutes than the entire rest of the cast could manage in three hours. Not that anybody was particularly bad, just turning in a lot of workmanlike performances. 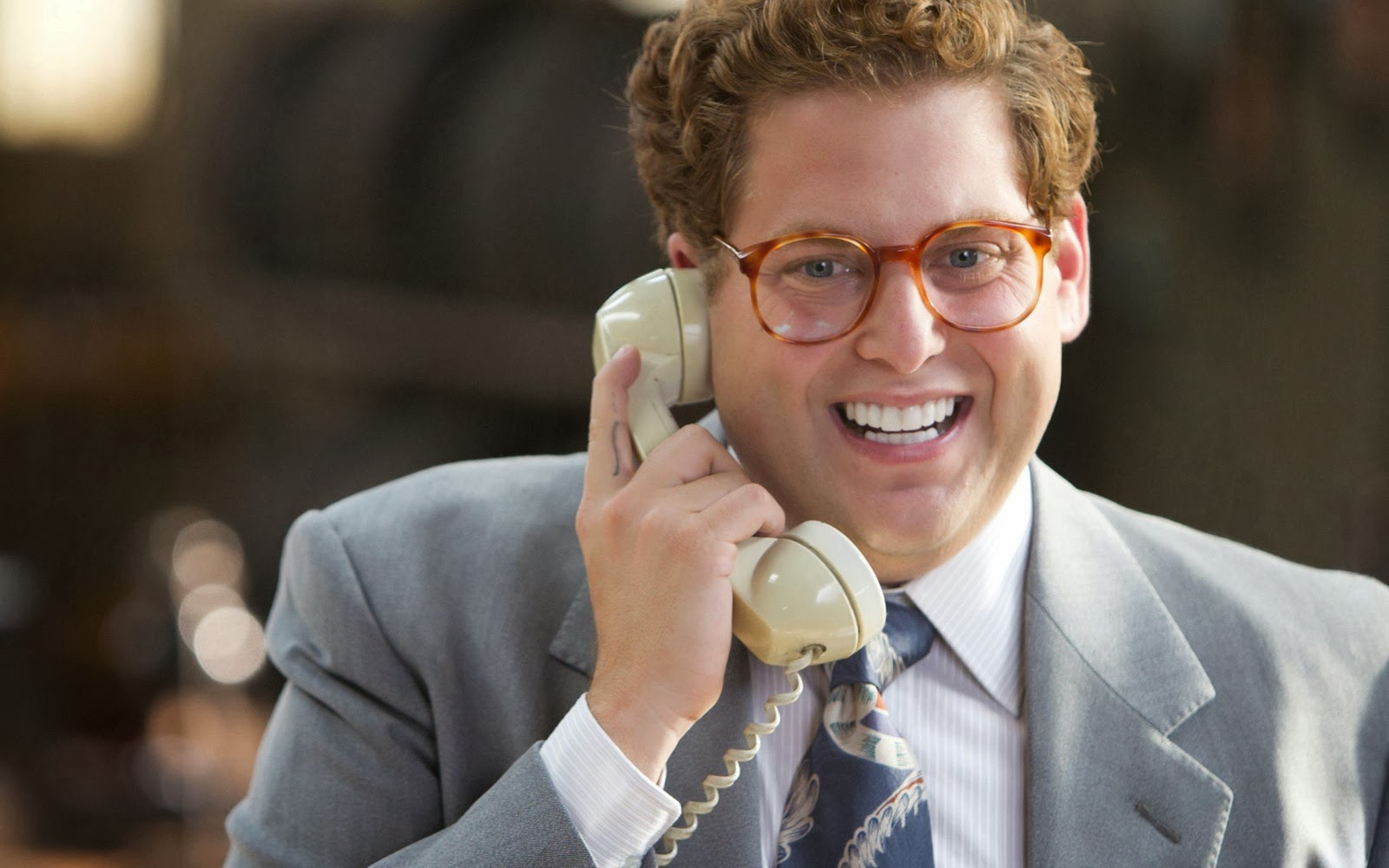 Quite literally, in some cases.

And I'm sorry, but Jonah Hill using an accent does not mean he turned in a game-changing performance. His Best Supporting Actor spot should have gone to Sarah Paulson.

She needed to get in there somewhere.

Also there was some terrible CGI in a sailboat scene that temporarily convinced me I was playing a 90's computer game: Yacht Tycoon or something like that.

Turns out there's a good side to this whole mess! Who knew?

Several of the debauching scenes are actually quite entertaining, most notably what I like to call the Quaalude Interlude, in which Hill and DiCaprio make the freshman mistake of taking a few too many pills because the first ones didn't kick in soon enough.

Again, it was far too long, but at least it was hilarious.

And when the film is subtle, it really works. One of my favorite elements was the way Wolf of Wall Street used pop music to imply the passage of time rather than obvious methods like title cards (thankfully, because a title card early on in the film looked like it was pasted on using Windows Movie Maker).

Also I loved the use of an unreliable narrator that manages to both humanize and demonize Jordan Belfort simultaneously. I dunno if that makes sense. You just gotta see it. Or don't. See it if you have the attention span. Otherwise, steer clear like it spat on your mama.

Also, there were a lot of shots from the backs of people's heads. I'm sure this has some very symbolic and deep meaning, but for the life of me, I can't tease that one out. If you can think of something, keep me posted. 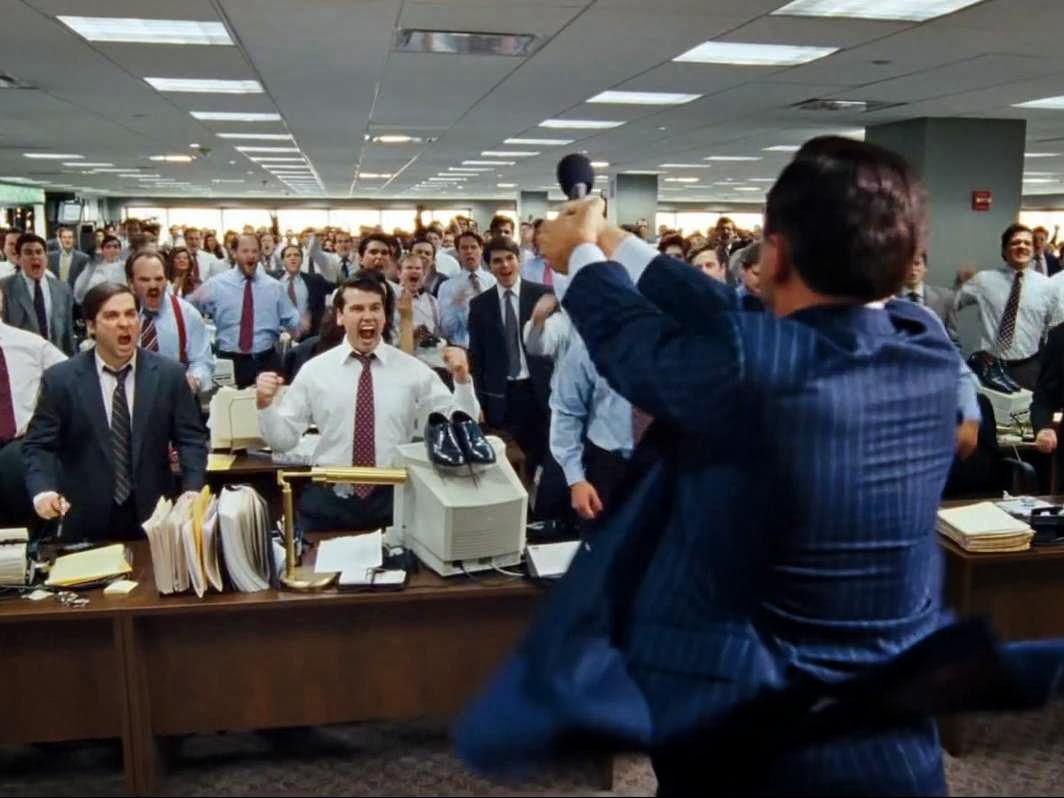 Maybe the cinematographer was a parrot and was just used to being on people's shoulders.

TL;DR: The Wolf of Wall Street is entertaining enough, but hardly worth the three hour trek.
Rating: 6/10
Did It Deserve Best Picture? Naw, but it didn't win so I'm not gonna rub it in.
Word Count: 932
Also sprach Brennan at 3:04 PM