As we exit the month of November and hurtle full force into finals, Christmas, and New Year's I am struck by something: I have seen hella movies this month. Because I have a personal commitment to write about each of these films, I am going to expedite the process somewhat by releasing this series of mini-reviews for the older films I've seen that have already received a lot of coverage by reviewers and thus require my expert opinion somewhat less than the new releases I've seen. Or the important horror stepping stones that I'm still working on covering. Or my special holiday features.

I have a lot to do, is what I'm saying. So I'm spending this morning catching up. 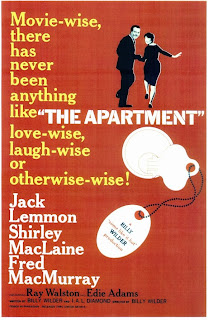 The Apartment, an early 60's sex farce by master of the form Billy Wilder (best known for his comic triumph Some Like It Hot) is the lurid tale of an everyday working bachelor (Jack Lemmon) who lets his superiors at the Company use his apartment for their extramarital trysts. When his tyrannical boss (Fred MacMurray) seduces the woman of his dreams (Shirley MacLaine), an elevator worker in his building, he begins a path to finding his courage and putting his foot down.

It's a silly comedy that still holds up fairly well today (his neighbors can hear through the walls and think the shy bachelor is some kind of ladykilling Lothario) but it is also notable for being decades ahead of its time with its discussion of sex, suicide, and short haircuts. In a pixie cut straight out of that same year's French masterpiece Breathless, Shirley MacLaine wows as a woman on the verge.

Wilder was always one to push the envelope (just the year before he had made a mainstream comedy about cross-dressing) and his depiction of a suicide attempt is heartbreaking and tender in a way that had certainly never been explored in many films before. It's certainly unexpected in a sexy comedy but it adds depth and beauty to an already quite well done film. 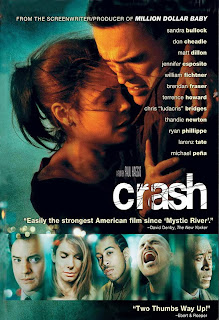 Perhaps my favorite moment in Crash is in the very beginning. A very self-serious Oscarbait monologue about how humans crash into each other just to feel alive turns out to be the delusions of an addled man waking up after a fender bender. Although Crash would end up taking those Important Themes very seriously, a moment of levity is very welcome.

Basically a racism-themed version of Love Actually, Crash follows a multitude of different storylines about Los Angeles residents of every imaginable race and how their lives intersect. The theme seems to be "everybody is a racist prick, even the people who know what it's like to be discriminated against," which is a compelling and heartbreaking thematic center point.

It's really not my cup of tea (I usually prefer movies that are either more lighthearted or feature more decapitations), but Crash is a good piece of "slice of life" storytelling and I always appreciate films that make it their goal to both tell a story about humanity's eternal struggle to stay afloat and make you feel something while they're at it. 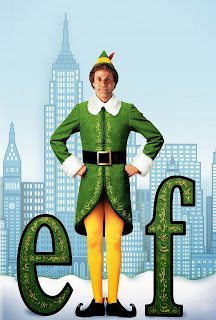 Elf is a charming movie that is always welcome at Christmas time. Will Ferrell's over-the-top antics have a habit of landing on the more annoying side of things, but they fit in perfectly with this film's comic register. It's hard to take a film about a human who was raised by elves and returns to New York to find his biological father seriously and the film paints its emotional beats with enormous broad strokes that highlight the hyperbolic comedy.

Zooey Deschanel has a starmaking turn as a sarcastic love interest, but this is Ferrell's show. His childlike glee and lust for life are the backbone of a funny and loving film about bringing joy back to the New Yorkers stuck in the Rat Race. Like most children's comedies the directing and editing are mostly anonymous but the forced perspective visual effects and the epic and cheerfully wintry orchestral score by John Debney are platinum. 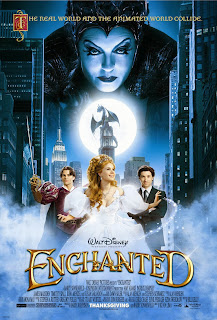 Possibly the most entertaining live action Disney film to this day. Amy Adams shines as a cartoon Disney princess who is transported to real life New York City by a wicked stepmother. Much like Elf, this story is about a fantasy character learning to come to grips with the harsh realities of urban life while bringing her own brand of joy and love to the bitter city folk.

Perfectly cast and featuring wonderful songs by genre veteran Alan Menken (in one of the many many overt and subtle Disney references that pepper the film), Enchanted is endlessly rewatchable and features one of the most memorable production numbers in recent history.

An exploration of the Disney film and its impact on society and their perceptions of love as well as a rollicking fish-out-of-water romantic comedy replete with dancing rats and poison apples, Enchanted is effervescent fun no matter how old you are. 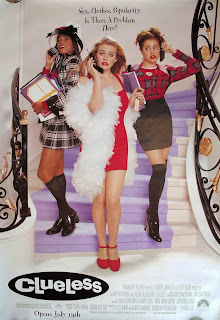 Although I've never been as much of a fan of Clueless as the bulk of my generation, it is unavoidably a high school classic. A decade before Mean Girls, Cher Horowitz (Alicia Silverstone) ruled the campus with her matching plaid ensembles and boxy cell phone.

This film is the celluloid embodiment of the 90's and the hairstyles, fashions, slang, soundtrack, and brown lipstick only increase the film's hilarity as time goes by. Based on Jane Austen's second-tier classic Emma, Clueless tells the story of a vapid California teen who discovers her place in the world after the matchmakes herself into a catastrophe.

Although the 15-year-old characters are rendered totally unbelievable by an obviously adult cast, the jokes are funny, the boys are cute, and the highway scene will strike fear into the hearts of anybody less than a stone's throw from age 16. Tremendous fun.