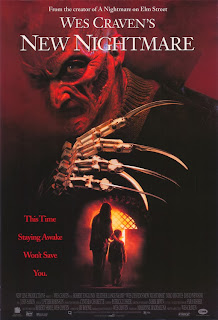 It's 1994. Since its release ten years before, A Nightmare on Elm Street has seen 5 sequels of increasing inanity, a Freddy-hosted horror anthology spinoff series, and enough cash to fill a thousand Scrooge McDuck-style swimming pools. The series proper ended in 1991 with Freddy's Dead: The Final Nightmare, the sixth installment overall - one that featured mystical demon worms, Freddy dressing up as the Wicked Witch of the West, a 3D final act, and cameos by Roseanne and Tom Arnold.

Things had come a long way since Craven's ethereal masterpiece shocked audiences by bringing something entirely new and exciting to the genre. He personally hadn't been involved with the series since 1987's A Nightmare on Elm Street 3: Dream Warriors, for which he produced a story treatment.

Although it had been three years since they put a stake in the franchise, fans were still clamoring for more. God knows why after the one-two punch of The Dream Child and Freddy's Dead, but this was before I was born so the world was a much more unstable place. 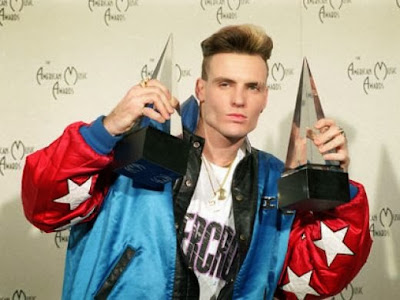 I would never have let this happen.

Seeing an opportunity for capitalizing on fan interest, New Line tapped Wes Craven to head the tenth anniversary Nightmare movie, the seventh in the franchise. He agreed, but once he watched all the previous films, he found he couldn't follow the through line. Considering that it made about as much sense as a Baha Men reunion concert, this was a reasonable reaction.

Whereas your average Joe hack director would up the ante by throwing Freddy in space or sending him somewhere ridiculous like, say, (cough) Manhattan. Being the genius he is, Craven decided to turn it all around and make the absolute gosh darn best horror sequel ever released, an astoundingly postmodern, stunningly intellectual, thrillingly vibrant and terrifying film that is second only to the original film in quality.

The fact that it made about twelve cents at the box office just goes to show that there is no God. 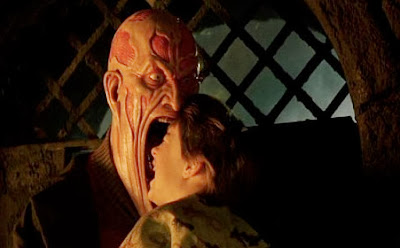 There is, however, Freddy.

Wes Craven's New Nightmare, you see, isn't a Nightmare sequel. It's a real life Nightmare. Heather Langenkamp (Heather Langenkamp) is ten years off of her defining role as Nancy Thompson in A Nightmare on Elm Street. She's married to a special effects technician named Chase Porter (David Newsom) and they have a lovely son named Dylan (Miko Hughes).

Although she'd really rather forget about horror films, the furor over the ten year Nightmare anniversary  has led to a lot of interviews and talks of a sequel, a film which New Line producer Bob Shaye (Bob Shaye) is begging her to appear in. You see, Wes Craven (Wes Craven) has been having nightmares again, which are the inspiration for a brand new screenplay that's gonna blow them away.

But when Heather is plagued by a series of earthquakes and a crazed fan who likes to call her at home pretending to be Freddy, all she wants is to get out of the Nightmare bubble. When she runs into Robert Englund (Robert Englund) at an event, he laughs her off. But when her husband turns up dead after falling asleep on the highway, displaying a telltale line of four gashes across the torso, Heather begins to suspect that maybe, just maybe, she isn't being crazy (although a history of mental illness runs in her family so... who knows?).

When her son starts sleepwalking, muttering "1, 2, Freddy's coming for you...," and generally behaving like a child in a horror movie, Heather's worst fears are realized. Freddy Krueger (Robert Englund, doing double time) is at it again. 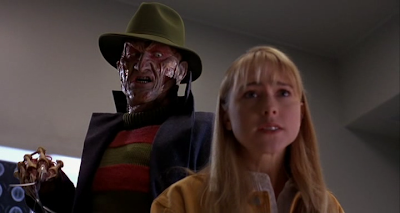 And he's dressed in his Sunday best.

You see, Mr. Krueger isn't fictional. He's a manifestation of an ancient demon whose sole purpose is the murder of innocents. His one weakness is storytellers who, if they come up with a tale captivating enough, can trap him in the story like a genie in a bottle. But once the story becomes too familiar or watered down, the demon is released into the real world.

Much like Hansel & Gretel and several of the more violent fairy tales, A Nightmare on Elm Street is a vessel for this evil presence. The endless string of crappy sequels is cracking the protective seal around the story (nice meta commentary there, Wes) and he likes his Freddy manifestation so much he's gonna bring him to the physical world to play.

Heather, the girl who gave Nancy Thompson her strength, must act as a gatekeeper to keep Freddy away from her world - and her son. The only way to stop Freddy is to trap him inside another great story, and what better story is there than what's actually occurring to her now?

Real life Nightmare actors and producers appear left and right (including Tuesday Night, Nick Corri, and Lin Shaye, who played the schoolteacher in the original) and the actual script for the film makes a cameo as it exactly mirrors real life conversations.

As the world around her begins to blend together with the world of the films (including a lovely confusing bit with the man who played her father, John Saxon (John Saxon)), Heather and Freddy must enter a climactic showdown of wills. 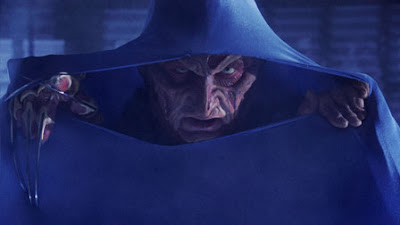 Are you ready, Freddy?

The fact that it takes about nine paragraphs just to get out the basic plot is a perfect example of what a glorious high concept this film has. It also explains why almost nobody really wanted to watch it. Despite being the only actually scary sequel to a horror film, people weren't too pleased being asked to use their brains.

But the fact remains that New Nightmare is one of the smartest horror films out there, and it set the stage for the meta themes of Scream, which would come two years later. While Scream is a meta slasher masterpiece in its own right, New Nightmare approaches its self-awareness with much more subtlety.

For all intents and purposes, this film is set in reality. The earthquake scenes mirror the major quakes that took place in Southern California that same year and actress Heather Langenkamp really was pursued by a deranged stalker who was inspired by her stint as Nancy Thompson (and she did end up marrying a special effects guy!). Not to mention that a major plot point of the movie involves making the very movie you're watching. 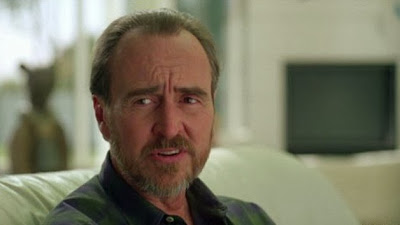 This film is exactly like what people imagined watching Inception is like (honestly, I found that film much more straightforward than its reputation). The intricate layers of fiction and reality begin to blend together in that effortless Wes Craven fashion that made Freddy Krueger a big star to begin with.

New Nightmare is a blast. It's keenly witty, one of the only slasher movies captivating enough to justify being longer than 90 minutes long, and features the gorgeous Langenkamp essentially reprising one of her most famous roles. 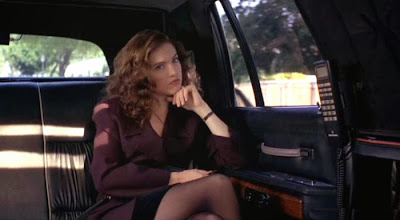 Honestly this film could just be her riding in a car and pouting and I'd be fine with that.

It's clever. It's self-aware without beating its themes to death. It's full of loving callbacks to the classic original. The "reality" scenes are so thoroughly grounded that the horror becomes even more immediate and terrifying. This isn't a movie. This is actually happening. And the justification to get Freddy into the real world is airtight.

This film's black magic singlehandedly brought Freddy back from the edge, updating his look, and making him legitimately menacing as he'd never been before.

And honestly, Wes Craven is a pretty good actor. It's great fun to see him on the other side of the screen for a change.

Even a couple creaky 90's effects are unable to mar a film this close to perfect. And it's the sixth sequel! Everybody marvel at that for a second, please. By Jason's sixth sequel, he was fighting a telekinetic teenager (actually pretty great, but still a terrible film). By Michael's sixth sequel, he was stalking Josh Hartnett and Michelle Williams around a California boarding school.

It's atmospheric. It follows nightmare logic. It nails the old horror standby of the creepy possessed child. I can't sing this film's praises enough, but I guess I should stop in order to keep my word count lower than a Leo Tolstoy novel. 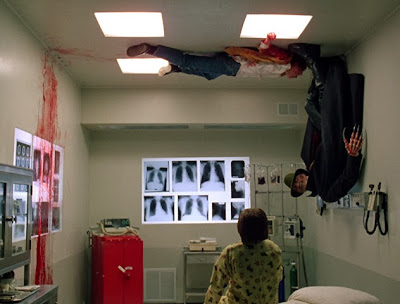 A picture is worth a thousand words.

Please. If you're in any way a Nightmare fan, watch this film. It's definitely worth your time.