The Applebox Killers or: Five Things You Didn't Know About You're Next 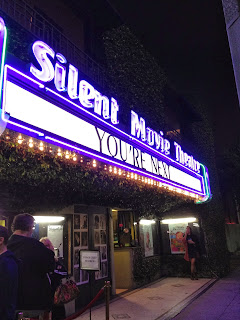 Because Sergio is super up on things, we managed to get tickets to a special midnight screening of You're Next, my favorite horror movie of the year at the Cinefamily Theater in Los Angeles. Afterward there was a Q&A with the director Adam Wingard, the writer Simon Barrett, and one of the stars AJ Bowen.

It was a really great experience, the likes of which make me really glad that I live in Southern California.

Because I'm super cool and I can name drop, here's me with Adam Wingard and AJ Bowen. 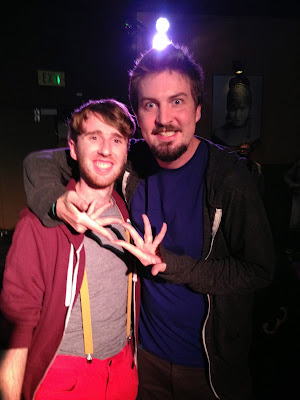 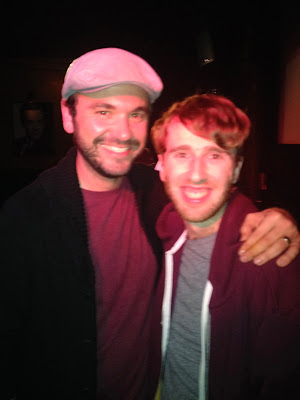 But aside from being super fun, the event was also very informative about the process of making the film and I learned some very interesting things that I'd like to share with you all.

#1 The Killers Weren't Quite So Menacing As All That 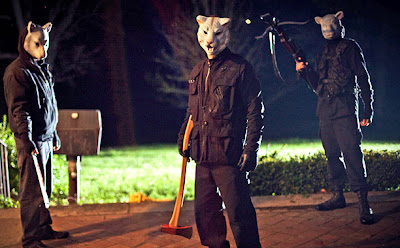 Two of the killers (one of whom was played by Simon Barrett himself) were... vertically challenged. Although one of the actors towered over the rest of the cast, the other two had quite short statures. In order to make them more imposing, the other two frequently had to stand on wooden appleboxes to adjust for their height difference. During production the crew unofficially dubbed the movie "The Applebox Killers."

#2 You're Next Owes Everything to The Possession 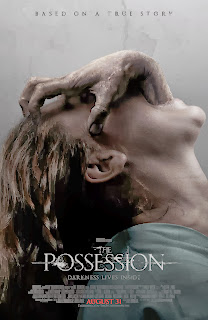 Lionsgate had previously picked up You're Next for distribution in 2011 but was delayed by corporate restructuring. Once the Sam Raimi produced The Possession proved to be a modest hit, this cleared the path for You're Next's release one year later.

#3 Sharni Vinson Really Threw Herself Into Her Character 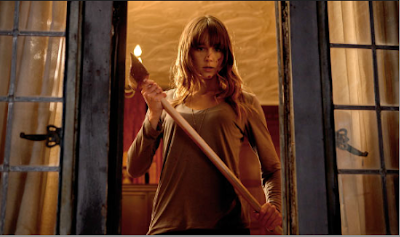 Apparently this Aussie chick is just as tough as she looks. Sharni was dedicated to telegraphing every single one of Erin's aches and pains as accurately as possible and was disappointed when they wouldn't let her jump out the window and used a stunt double. Ironically, after having danced for three weeks on a broken ankle in Step Up 3D and breaking her knuckles when punching a wall in Bait, You're Next was the first film set where she didn't break a bone.

#4 Barbara Crampton Is A Peach 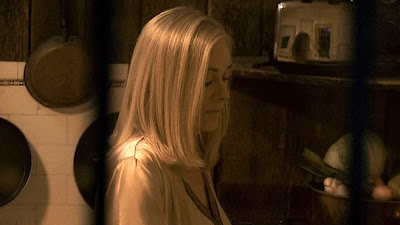 Re-Animator director Stuart Gordon and star Jeffrey Combs were both supporters of the team's earlier film, A Horrible Way to Die. In honor of their support, Barrett and Wingard requested that Barbara Crampton (the love interest in Re-Animator) come out of retirement to play the mother. They told her to call Stuart and Jeffrey so they could vouch for them, but she loved the script so much she decided to do it anyway. 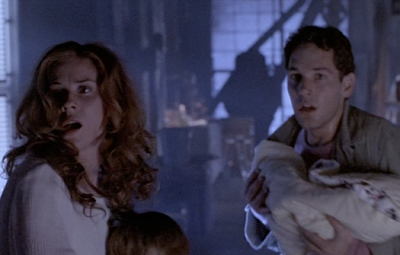 It just goes to show that the greatest horror filmmakers have the best senses of humor. Barrett extolled the virtues of Return of the Living Dead III and Wingard's favorite Halloween film is Halloween 6: The Curse of Michael Myers, a 1995 slasher that featured Paul Rudd and a druid's curse.
Word Count: 487
Also sprach Brennan at 2:07 PM