Music To My Eyes

I haven't posted a movie review in a couple days because I've been too busy... watching movies. It's a dilemma, I know. But assume crash positions and prepare for an inundation of overwhelmingly astute film criticism.

Unfortunately for some of you, in the post-Halloween rush, all of the films that I've screened this week have been horror movies, so I decided to whip up a little fun treat for those of you who need a break from the pure unadulterated terror. 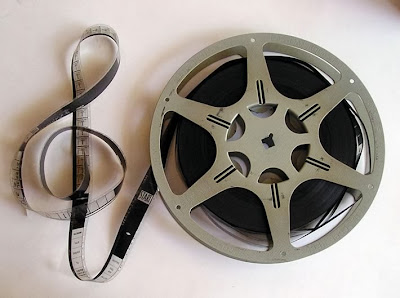 Airplane! is my favorite comedy film for so many reasons, not the least of which is this sequence which is simultaneously beautiful and hilarious. This song is so pretty I'd listen to it on its own, but the comedy sends this scene through the roof.

D.E.B.S. is one of those niche LGBT movies that nobody has ever heard of but more people should. This campy lesbian superspy comedy (yes this exists) reaches its crux with this sweet sequence set to the Erasure earworm that once overwhelmed the staff of Sacred Heart.

Bridesmaids is one of those rare female-centric comedies that was a massive hit across the board. That alone would make it one to remember but this nostalgic closing sequence became instantly iconic due to its celebration of the silliness of growing up in the late 80's.

Which I can totally relate to, which is why I love it.

#7 "Somebody To Love" Ella Enchanted

A precursor to Les Misérables, perchance? Anne Hathaway's second hit after The Princess Diaries showcased her chops and although it wasn't as good as the Gail Carson Levine book it's based on, this movie took advantage of its cinematic format to do some exciting new things.

#6 "What Dreams Are Made Of" The Lizzie McGuire Movie

Don't ask me why the dialogue is in German. YouTube has literally everything you could ever want. Except Lizzie McGuire in English.

This song was a staple of my childhood. My sister and I choreographed a dance to it and spent hours and hours in our living room practicing. This is one of those things that everybody my age knows even if they've never seen the movie or the TV show and it is just so Disney Channel Golden Age and incredible. A bubblegum pop masterpiece.

#5 "Everybody (Backstreet's Back)" This Is The End

Performed By: The Backstreet Boys

Another nostalgic throwback, maybe I need to do some deep reflection. This fully choreographed closing number (sorry, spoilers) was totally unexpected and the third most hilarious scene in the entire film.

Hands down the single funniest entry on this list. This absurd three-part dance to an 80's classic comes completely out of nowhere and is so superbly ridiculous. I can't adequately express how tremendously exhilarating watching this scene for the first time is.

Basically, my favorite part of any movie ever.

I had to include this so I could prove that I'm actually taking this list seriously. This smoky performance is the height of 50's style and features Marilyn Monroe at her finest. This performance - and this film - is one to remember, even by today's radically warped standards of comedy.

Jim Henson's dreamy cult masterpiece has gotten a lot more recognition recently, but nobody really mentions this loopy David Bowie sequence and it's a darn shame. Absolutely stupendous and totally bizarre, exactly the style they were going for.

Come on, you had to know this one was coming. (500) Days of Summer was the rare romantic comedy (I know, I know. Don't argue with me on that) that brought something exciting and new to the genre. The film's strengths lie in the sequences that show Tom's romanticized perspective on the world and this one is a perfect consummation of all the movie's elements.