Census Flashback: Sequels Nobody Asked For

In anticipation of Cars 3, a sequel absolutely nobody asked for, this week I’ll be revisiting the Bates Motel with 1983’s entirely unwarranted Psycho II. 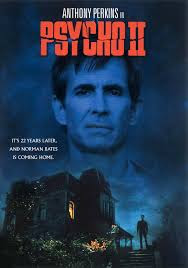 Making a sequel to Psycho 22 years after the fact was a monumentally terrible idea. But miraculously, that was the only bad idea made in the process of creating Psycho II. An astoundingly qualified crew was assembled to bring the Bates Motel back to life: actors Anthony Perkins and Vera Miles returning, Child’s Play and Fright Night director Tom Holland manning the screenplay, and Richard Franklin in the director’s seat. Franklin you may recall from the earlier Census Bloodbath entry Road Games, a terrific roadside thriller that proved him such a potent disciple of Hitchcock that hiring him was a no-brainer. With this team supporting the film, at least it would have been watchable no matter what. A little bit surprisingly, it's even more than that. 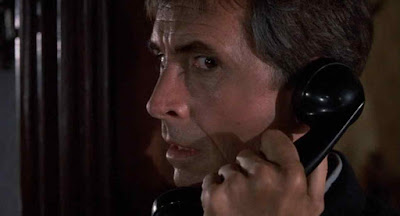 Hold onto your wigs.

So, Psycho II pretty much picks up where we left off. It’s 22 years later and Norman Bates (Anthony Perkins) has been declared sane and released from the institution where he’s been held since his murder spree in 1960. As he tries to get his life back together, he takes in a wayward teenage girl named Mary (Meg Tilly), whose presence in his home sends him (and us) some painful reminders of the beautiful, deceased Marion Crane. As if we needed reminding, considering that her murder is crudely cut and pasted into the first five minutes of the film as if this were a cheap Friday the 13th sequel or something.

Anyway, people who cross Norman start to turn up dead, causing him no small amount of distress. Is he back to his murderous ways, or is someone else framing him? And exactly what is Lila Loomis née Crane (Vera Miles) doing skulking around town after all this time? 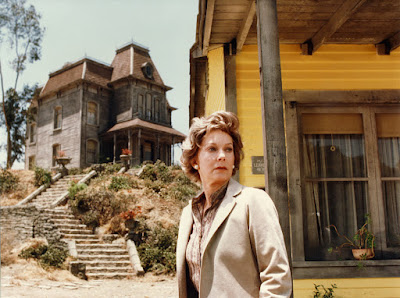 I mean, other than marrying her dead sister’s boyfriend like a badass.

Psycho II had quite the legacy to live up to. Not only was it the long-delayed sequel to a Hitchcock classic, it was being released smack dab in the middle of the slasher boom, the genre its forebear helped to create. That’s a lot of pressure. Psycho II is like the kid of the CEO attempting to take up the mantle of the company. It had to prove itself worthy in a massive pool of imitators. And mostly, it did exactly that.

Where Psycho II succeeds is that it doesn’t try to fit in with the slasher crowd. Sure, there’s a little more nudity, a little more blood, and one or two teens in the mix, but the film isn’t focused on the murder spree. It is very much about the aftermath of a broken mind attempting to mend itself, and as such it’s even different from Psycho itself. This is the best place to be, as free from expectation as humanly possible, and it spins quite a yarn out of it.

There’s so much yarn, in fact, that it can be fashioned into at least two different Mrs. Bates wigs, because buckle in folks: Psycho II has a lot of moving parts. The film has so many twists and turns that you’re constantly second guessing yourself, but not too many that it flies off the rails. It’s the perfect kind of melodrama, keeping you on your toes and glued to the screen. The plot is such a bucking bronco that the now-traditional “authority figure clunkily explains it all” scene gets the entire thing hilariously wrong. 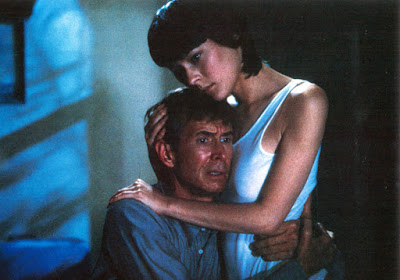 As if I wasn’t already on this movie’s side.

Richard Franklin doesn’t get to have as much visual fun as he did on Road Games, but he still finds some cool imagery to play with, especially during the death scenes. Nothing could possibly live up to Psycho’s shower scene, but Franklin stages his murders with brutal flair, utilizing the modern effects without over-relying on them. His kills are full of motion and they’re unrelenting, letting you chew on every stage of the far-from-brief mayhem.

Another benefit of being a Psycho film is that it attracted a pretty solid, venerable cast. You won’t see Robert Loggia skulking around in no Sleepaway Camp sequel. There’s not a single dud in the cast, though it takes Perkins a minute to warm up into his old character. They ground the crazy story in a welcome, almost stately reality that does wonders for the film’s tension.

All this is what allows the film’s gonzo ending to work so well. Although it’s a slow burn to the finish line, Psycho II reaches a shrieking crescendo that feels like Bernard Hermann’s manic score come to life (incidentally, the classic Psycho theme appears in the flashback scene only – the rest of the film has to make do with a subdued and tedious Jerry Goldsmith jobbie). It’s a fun film, bringing Psycho into the 80’s without diluting its inimitable spirit.

Killer: Who could possibly keep track?
Final Girl: N/A
Best Kill: Vera Miles with a knife sticking from her gob. You don’t see that every day. 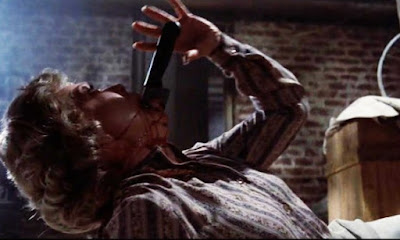 Sign of the Times: There’s a cameo from a Ms. Pac Man machine.
Scariest Moment: Mary looks through the bathroom peephole and sees an eye on the other side.
Weirdest Moment: A revelation late into the film about Norman’s family tree comes completely out of left field.
Champion Dialogue: “I don’t kill people anymore, remember?”
Body Count: 6
TL;DR: Psycho II is a surprisingly worthy sequel to an unimpeachable classic.
Rating: 7/10
Word Count: 1012
Reviews In This Series
Psycho (Hitchcock, 1960)
Psycho II (Franklin, 1983)
Psycho III (Perkins, 1986)
Psycho IV: The Beginning (Garris, 1990)
Also sprach Brennan at 7:41 AM