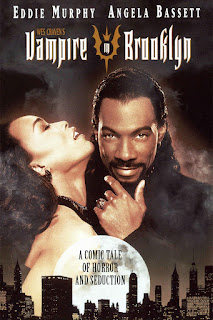 An ancient Caribbean vampire arrives in modern New York City to seduce a lovely cop on the mean streets of Brooklyn.

1995 found Wes Craven in a very strange place. Just a year earlier he had created his latest masterpiece, New Nightmare, to very little fanfare. As much as that film proved he still had the capacity for intelligent, engaging horror, he was still chafing against he constraints of the genre, which hadn’t afforded him a truly sizeable hit in over a decade. So when he learned that superstar funnyman Eddie Murphy wanted to work with him, he leapt at the opportunity. Unfortunately, as it often happened for Craven, he found himself in yet another behind-the-scenes straitjacket.

While Craven assumed he’d be making a comedy, Murphy insisted he wanted to make a straight horror picture. Both men wanted to break free from their typecast genre, but the star’s wishes carried more weight with the studio. Thus we get another film that feels like a tug of war between two entirely opposite sensibilities. However, unlike the equally uneven Deadly Friend, Vampire in Brooklyn pulls together into something more or less amusing, even if it makes next to no sense as it goes along (something which is patently not improved by Murphy’s Blade Runner voiceover that runs through the whole thing like a rusty monorail).

The horror elements are passable, but they’re attempting to resurrect a stately, classic gothic feel that has never made a dent on my nerves in the first place, and they’re intermittently successful. What really saves this film, and I’m a teensy bit loathe to admit it, is its admirably goofy sense of humor. While it undercuts the horror at every turn, that horror wasn’t particularly strong to begin with. Hell, the climax, which I solely horror, is an interminable slog in spite of Murphy’s surprisingly subdued performance and convincing chemistry with the devastatingly sexy Angela Bassett.

No, with Vampire in Brooklyn, the goofier it gets, the better it is. OK, there may be some indefensible scenes that have Murphy Klumping it up in various silly costumes, but the movie frequently hits a register that evokes classic Blaxploitation by way of a Sam Raimi splatter flick. This is most evident in the gleefully gross performance by Kadeem Hardison as Julius Jones, a dock-worker turned ghoulish assistant. As his body rots due to the vampire’s magic, parts of him fall off at very inopportune moments. It’s a very juvenile, Monty Python Black Knight style of body horror slapstick, but especially when he’s paying off John Witherspoon as his grouchy landlord, it’s downright hilarious. A lot of these funny scenes (especially any with the Italian mobsters infesting the town) are pitched at a very high register, but Craven embraces his camp sensibilities and thus allows it to flourish.

Vampire in Brooklyn is no masterpiece, but it’s a diverting way to spend 95 minutes. Almost any other Craven film is a more worthwhile watch, but this one certainly has its cheesy charms. 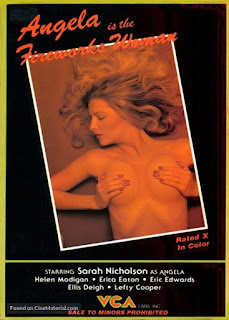 A young woman with the possibly supernatural power to ignite lust in those around her pursues an ex-flame who’s a priest… and her brother.

For one thing, Wes Craven literally plays a character in the movie: the mysterious Fireworks Man who may or may not be the Devil. It’s kinda hard to deny your involvement when you face is on celluloid, beard or no beard. But even if his literal face was nowhere to be seen, his spirit thrums through the entire story, which chews on a lot of the favorite themes that he would return to over and over again throughout his career: repression of desire leading to violence, the potency of dreams (especially nightmares), the oppressive and hypocritical nature of the church, and the dark side of the suburban family unit.

Let’s not kid ourselves that The Fireworks Woman is worth seeing by anyone but the most institutionally insane Craven fan, but speaking as one of those, it was certainly an interesting insight into a burgeoning creative mind stripped of all propriety.