Howdy, folks! You may have noticed that Popcorn Culture hasn’t updated in over a week. I’m very sorry for that, but I also have a very good reason. I’ve been in a midsummer frenzy, packing up my apartment, job hunting, prepping season 2 of Scream 101 (big announcements are on their way), And I just spent all of last weekend working on the set of All the Creatures Were Stirring, the feature film debut of my friend Rebekah McKendry, which I’m absolutely thrilled about. And then this weekend was my birthday and volunteering for Blumhouse at the ScareLA haunted house convention. All of these things, you may notice, are not formally considered “writing this blog.”

Popcorn Culture isn’t going anywhere, but in this scheduling melee, I’ve decided to once more unclog my backlog by releasing atypically brief reviews of films I’ve watched in previous weeks (and months, ugh that I haven’t had time to give my full attention to. It was either that or call a plumber. Let’s get started! 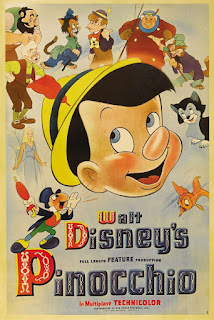 A lonely woodcarver builds a marionette named Pinocchio that he wishes was his son. His wish is granted, breathing life into the puppet, but Pinocchio must prove his integrity before he becomes a Real Boy.

I know, I know. I should never have made that grand statement that I’d be marathoning every movie in the Disney canon. That was an incredibly foolish thing to so, given my track record for successfully completing marathons. But I did get a step or two further down the trail from Snow White and the Seven Dwarfs. Pinocchio is a massive improvement on Snow White’s sometimes spotty animation, the beautiful backgrounds and consistent character designs holding up much better under modern scrutiny.

Unfortunately, the story isn’t quite there. This is a film filled with incident, but there’s not really any rhyme or reason to its plot. Pinocchio is launched through a series of visually compelling and frequently terrifying vignettes with absolutely no connective tissue. The film completely forgets the bit about his nose rowing when he lies after one scene, and Monstro devours Gepetto entirely offscreen. When you need to have other characters explain to one another what’s happening in the plot, you know there’s some deep structural damage there.

But in a nascent medium like feature animation, story is only half the battle. Pinocchio’s ridiculously advanced sense of camera mechanics and framing in a hand-drawn medium is at the height of the craft, so Pinocchio’s a must-see for artists of all kinds. Like they haven’t already seen it. Plus, it’s weirdly obsessed with butts, so there’s that. 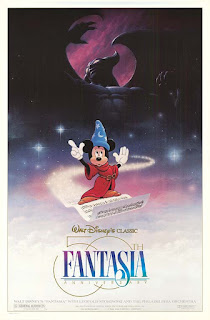 Talk about not having a plot! Fantasia takes Pinocchio’s slack script and completely demolishes it, replacing it with a flurry of pure visual mayhem. A mind-bending blend of animation live action, and symphonic music, Fantasia was like nothing that had ever been seen before or since, perhaps Walt Disney’s greatest artistic triumph. I, of course, am a heathen, so I’m bored silly by it.

I’m not well equipped to handle non-narrative film or non-lyrical music, though I do recognize that this is an excellent example of both. It’s a glorious burst of pure animation imagination, informing the look and feel of dozens of Disney features in the years to come with its vibrant colors, fantastical animal designs, and graceful sense of motion. The mythological sequences are a little too twee to hold my attention, though once again Disney doesn’t stray from full tilt horror, depicting ghastly creations like the Chernabog in “Night on Bald Mountain” or the surprisingly tense flood sequence facing poor Mickey in “The Sorcerer’s Apprentice.”

I definitely forgot there were dinosaur fights in Fantasia, so that part was cool, but by far my favorite segment is an early piece using abstract color and line work to depict the emotional movements of a composition. It’s a gloriously compelling segment that is the closest anyone has ever come to a visual depiction of sound. And then there’s fairies and hippos and crap for like two hours. Like any anthology, which is undoubtedly what this is, the sum is much less than certain parts of its whole.


Not Another Teen Movie 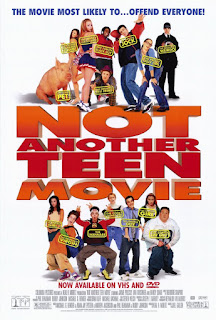 In a parody of 80’s and 90’s high school rom-coms, a popular jock is dared to make the indie rebel girl into prom queen material and falls in love with her along the way.

Remember the massive run of “____ Movie” parody flicks made up of pop culture offal and shattered dreams that ran in bulk from the early to mid-2000’s? Yeah, I try to forget about them too. But now we live in a world where those movies have been diverted from theaters and are pumped directly into Netflix (Tooken, anyone?), so we can look back on America’s unhealthy obsession with some degree of clarity and moral high ground. Let’s just pretend we didn’t give A Haunted House enough money to earn a sequel.

This is a low bar here, but among the Scary Movies and Date Movies and Meet the Spartanses, one movie actually stands out as being not quire so terrible as all that: Not Another Teen Movie. Perhaps it’s due to the presence of latent superstar Chris Evans, who brings a delightful blend of steely overconfidence and goofy charisma to the role. Perhaps it’s the soundtrack, which cherry picks the most instantly likeable 80’s hits from Brennan’s Bin of Beloved Pop Classics. Or perhaps it’s because the film actually has a damns sense of focus, parodying the teen movie genre as a coherent whole rather than winging off in random directions in pursuit of hot topics and trends from the millisecond it was released.

The obvious pitfalls are still present (whole scenes are lifted from other movies almost untouched, ands some of the humor is just too random to make heads or tails of) but Not Another Teen Movie is striving to be an actual parody, using elements of its genre, and it’s intermittently successful. That makes it infinitely better than even its closest competition. The fact that there are a few laugh-out-loud jokes that don’t cop from other movies and a handful of trenchant, actually analytical observations on the genre means that this movie is the Citizen Kane of its cycle. Even if it sports a totally random, ill-conceived musical number and a deeply boring football scene. Although, to be fair, pretty much every high school movie has a boring football scene, so they got that right too. 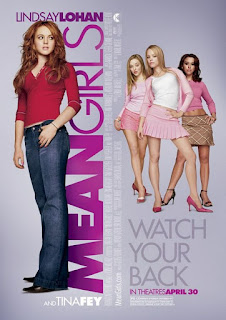 A new girl at school is coerced into infiltrating the evil popular clique to take them down, but she unwittingly becomes one herself.

Reviewing Mean Girls is a challenging undertaking as a millennial. The film is such a zeitgeisty hit that it barely reads as a movie anymore. It’s just a carousel of Tumblr gifs, Twitter bios, and whispered quotes in the back of classrooms. But it has gotten that way for a reason. It’s a damn good movie. Well, it’s a damn good comedy.

The script is witty and sharp, with a plot loose enough to allow the characters to flourish yet still keep track of the throughline. The punchlines show off that then-undiscovered Tina Fey pop, and the characters watch Friday the 13th Part 2 on Halloween, so they clearly have their heads screwed on straight. With a gratuitously fantastic ensemble and a Lindsay Lohan in her prime to give voice to the sharp screenplay, Mean Girls can’t help but be a winner.

The actual filmmaking is totally cardboard and anonymous, but who the hell cares? Mean Girls is the last great teen movie (well, Easy A gives it a run for its money, but still), and its clever premise is both a generation-defining clash of the high school classes and a sweetly powerful movie about the damage teen girls can cause to one another and why. 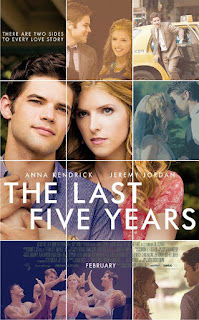 A relationship is shown out of order in a series of musical numbers depicting its inception, triumphs, pitfalls, and eventual destruction.

Sometimes a movie is all about performances. It’s a good thing, too, because without Jeremy Jordan and out-of-left-field musical prodigy Anna Kendrick, The Last Five Years would crumple like a bouncy castle in a power outage. The movie is essentially (500) Days of Summer cross-pollinated with an opera, and though its tone management is ferociously askew (Kendrick is saddled with an Adele album’s worth of ballads, with Jordan receiving all the poppy, high energy stuff), it’s a small-scale love story that lives and dies on the actors’ ability to apply human emotion to a battery of arbitrary musical numbers, which they do with aplomb.

There are some intensely memorable longform musical sequences at play here, but The Last Five Years is crippled by a devastating problem: It’s pointless. The out-of-order gimmick is but a lark, and we leave this couple having gained no particular insight into why their story is worth telling. The only reason it’s not told in chronological order is that no musical could have been so mismanaged as to backload so many weepers. This is a vehicle for two delightful young performers, not a necessary entry into the cinematic canon of doomed relationships.