How To Succeed In Valentine's Day Box Office (Without Really Trying) 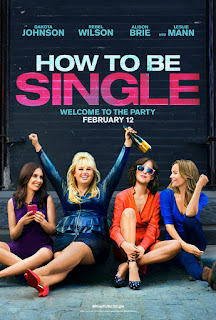 The odds are looking increasingly likely that I’m an idiot. Exhibit A: I watched How to be Single on purpose. To be fair, I had my doubts about its overlong mishmash of a trailer, but one joke in particular really sold me (Of course it’s not in the final cut. Of course.) Plus, in last year’s Valentine smash Fifty Shades of Grey, lead actress Dakota Johnson proved surprisingly adept at wringing intentional laughs from her performance. I was more than pleased that she was given a shot at an actual comedy film and wanted to see how it panned out. 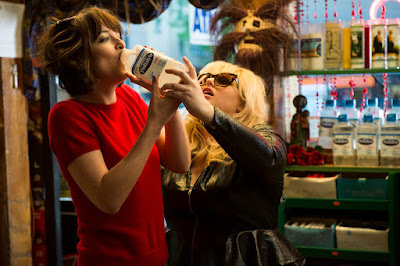 All I can say is that it’s definitely not her fault the movie sucks.

In the grand tradition of classic ensemble comedies like Valentine’s Day and New Year’s Eve, How to be Single follows the stories of four single women in New York City. Only three of them actually seem to be connected in any meaningful way and only three of them (a different set, naturally) actually get solo scenes, but at least Ashton Kutcher isn’t hanging around. Our de facto lead is Alice (Dakota Johnson), who is taking a break from her college sweetheart Josh (Nicholas Braun) to discover who she really is on her own. At her Big City paralegal job that she never really goes to, she meets Robin (Rebel Wilson), a firecracker-about-town who urges her to embrace singlehood and collect dicks like they’re Pokémon cards.

We also, for some reason, follow Alice’s considerably older/ginger sister Meg (Leslie Mann, and the truly staggering difference between their ages might explain why there is exactly zero parental presence in the film), who is an OB-GYN that (gasp) doesn’t want children! The horror! Of course, after about three minutes of thought, she reverses forty years of steadfast philosophy and decides she actually does want kids. Women, am I right? Can’t live with ‘em, can’t write ‘em as well-rounded, independent characters. She decides to get pregnant with a sperm donor, which gets complicated when she falls for the much-younger Ken (Obvious Child’s Jake Lacy), who has been pursuing her like a hawk on Adderall.

And then there’s Lucy (Alison Brie) who lives above a bar owned by Tom (Anders Holm) and uses his WiFi. Other than the fact that the other ladies know Tom and have existed in this same bar before, she is completely unrelated. She launches a neurotic, algorithmic hunt for The One via online dating sites while the consummate bachelor Tom struggles with his inexplicable feelings for her.

Apparently, how to be single is to be in a relationship, which seems off message.

How to be Single lauds itself as a genre-defying romantic comedy, telling the stories you don’t typically hear on Valentine’s Day and busting tropes left and right. To be fair, there are a decent amount of clichés that are subverted, but they’re all jammed into the final 20 minutes when the filmmakers remembered that some time long before the putrid stretch of Hell that was the production of How to be Single, there was actually a point to all of this. But the tropes they focus on are merely superficial ones, like overused lines or certain visual clues, and fairly ineptly presented ones at that. They totally ignore the egregious cacophony of overused tripe that comprises their own script. Their satire is like popping a pimple when they really should be addressing the flesh-eating bacteria

Because boy, is HtbS full of rankling rom-com idiocies. In fact, it relies almost exclusively on them to make the severely disjointed plot in any way comprehensible. Never mind the fact that only a romantic comedy would make such a f**king John Philip Sousa ticker tape big deal out of being single, or that its central philosophy requires a strict, black-and-white view on relationships that only rarely resembles reality. That just comes with the territory. No, we’re talking huge Deep Impact clichés that slam the audience so hard their fillings rattle.

Let’s list off a couple of the hyperbolically frustrating tropes present in How to be Single and see if you get a Bad Rom-Com Bingo: 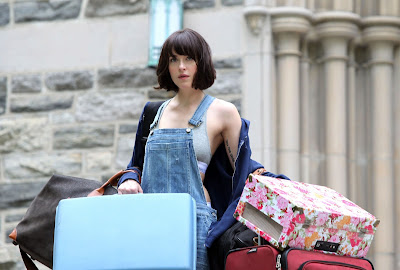 With these amateurs wielding such powerful clichés, it’s no small wonder they didn’t destroy several careers in the process.

In short, HtbS is even more generic than the conventions it’s attempting to subvert. But honestly, that’s just one twig on the raging bonfire of incompetence. The film cuts between the three major storylines at a machine gun pace, leaving the viewer to piece each shattered fragment of a plot together like Humpty Dumpty, a truly mystifying preponderance of handheld camerawork gives the impression that the cinematographer is either doing jumping jacks or constantly on the verge of passing out from boredom, and the parade of Top 40 hits masquerading as a “soundtrack” frequently drowns out the actual dialogue. Oh, and how could I forget the editing so sloppy that it gives us two St. Patrick’s Days in a row? A movie is bad enough if it has one! It’s an unholy mess, scatterbrained and inept.

However… (I am beyond pleased to be using this word, if only to salvage what remains of my psyche) How to be Single isn’t a 100% guaranteed waste of time. I would never recommend that anyone actually sit down to watch it, but there are a solid set of performances that swoop in to save the day. First off, Dakota Johnson really does prove herself here as a reliable comic actress. She isn’t asked to do much more than clammily stammer at reasonably attractive men, but she anchors her role with an engaging charm ands some truly impeccable line readings.

She’s by far the standout, although everybody involved actually does give it a shot. Jake Lacy is sweet and kooky, Leslie Mann and Alison Brie are sufficient to the point that their characters don’t tip over when they’re speaking, and Rebel Wilson just keeps on trucking with her faithful schtick, though her presence is extravagantly pointless.

How to be Single is the That Awkward Moment of 2016: A subpar, plotless vehicle that features a surprisingly solid cast, and which makes an honestly and nearly successful attempt at redeeming the torpid material.

TL;DR: How to be Single is a choppy, scatterbrained mess that at least is supported by a solid female cast.
Rating: 4/10
Word Count: 1251
Also sprach Brennan at 9:45 AM