In my quest for Oscar nominees, I’ve come across a couple flicks that didn’t quite manage to snag the coveted Best Picture slot. Here are my mini-reviews. These are their stories. 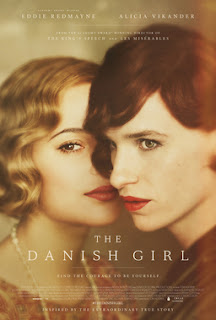 In 1920’s Denmark, celebrated painter Einar Wegener begins to transition into a woman (Lili Elbe), becoming a transgender pioneer while attempting to maintain a relationship with his wife Gerda. Incidentally, it’s almost impossible to pick the right pronoun when somebody is transitioning mid-sentence. Somebody should get on that.

Tom Hooper is the arthouse counterpart to Tobe Hooper. Both men with dubiously inconsistent directing prowess, they’ve managed to stumble their way into wide acclaim and the occasional masterpiece. While Tobe might be more of a household name thanks to The Texas Chain Saw Massacre and Poltergeist, Tom has earned himself a ludicrously high number of Oscar nominations. It’s up to you to decide which fate is better. So here we have The Danish Girl, his follow-up to The King’s Speech and Les Misérables, and the Oscarbaitiest film of his career to date, which is saying something.

Let me tell you right off the bat, the man’s direction is quite distinctly one of the worst things about the film, which is actually pretty decent, all things considered. Stagey and far too focused on geometry rather than human emotion, Hooper’s work stifles the film while keeping the audience at arm’s length. He frames people behind objects to an almost obnoxious degree, as though deliberately baiting viewers to call him out. It’s a load of distracting nonsense that obscures what could be a fun, lush melodrama.

The material is already so far from reality (based on a book that’s a fictional account of the lives of Lili and Gerda, it is two planes removed from the truth, which is more interesting but light-years less angsty) that a truly wonderful over-the-top weepy could have been born from The Danish Girl. However, as it stands, the film is just a dry vehicle for two incredibly strong performances. If you think of stars Eddie Redmayne an Alicia Vikander (fresh from her starmaking turn in Ex Machina) as a work of art, the film itself is just a particularly ostentatious frame in which they are being displayed.

As far as the co-stars have terrific, bristling chemistry together, their individual performances are even better. Eddie Redmayne really is a triumph here, playing a real person rather than a dramatic type. There is one moment early on in the movie where his breath catches nervously upon being discovered. It’s a microscopic moment, but it took my breath away. Even more notable for her subtlety, Vikander holds her own, frequently hoisting the movie on her back and carrying it single-handedly across the finish line. For all that Redmayne is spectacular, Vikander is steadfast and never flickers. This is partially the script and partially her performance, but The Danish Girl is primarily her story and for good reason.

There are many better films that The Danish Girl could have been, but at least the one that it is has some incredible elements. And Amber Heard doesn’t have enough scenes to be a distraction, even though her skill has much improved in the decade since All the Boys Love Mandy Lane. Thank goodness for small favors. So really, the movie succeeds in spite of Hooper and there’s absolutely no question why The Danish Girl is leading the Oscar acting categories yet notably absent from Best Picture. 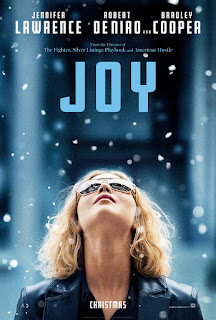 A young woman puts her life’s savings on the line to pursue her dream: inventing things that improve the lives of others and selling them on QVC.

I’ve been compromised. After avoiding the twee-looking ensemble exploits of David O. Russell’s two previous Oscar-nominated films, I finally caved and watched Joy. Although it’s more of a Jennifer Lawrence showcase than anything, it’s nevertheless the third of a decreasingly prestigious bunch. We don’t have much time, so let’s get into it.

For the first half of its run time, Joy is – let’s be frank – uncompromisingly messy. A nervous attempt at evoking the fairy tale charm of Amélie, it’s too clammy and self-serious to pull off that live action cartoon feeling. This section is filled to the brim with broad characterizations, meta narration, and metaphors so clunky that you couldn’t even sell them for scrap. One in particular, a deranged and obvious cicada metaphor that treats the insects like metamorphosing butterflies, is actually rejected by the film itself in a line explicitly decrying its presence.

Even the technical aspects come crumbling down around Joy’s first act. The pacing goes haywire, leaping through scenes at a breakneck speed, the young actress playing Joy’s daughter (oh yeah, Jennifer Lawrence’s character is both named Joy and a mother of two – roll with me, here) seems to be actively attempting to tank her scenes with a dizzy, blank-faced performance, and there’s a flubbed line reading that somehow managed to avoid getting excised despite being in glaring need of another take. It’s amateurish at best, hopelessly pandering at worst.

The film finally pulls itself together with the introduction of Bradley Cooper’s character, who gets an entrance that treats him like an actual king. With all the fanfare his appearance gets, you’d think that Joy had resurrected Elvis. It’s deeply mystifying, but Cooper does a terrific job injecting the proceedings with raw, unfiltered life, finally giving Lawrence something concrete to play off. Up to this point, she’s been performing in a vacuum and she finally gets to blossom, giving her role an anxious, immediate humanity.

Joy’s newfound coherence and quality doesn’t make it an exquisite film – a series of obligatory and profoundly hollow melodrama beats see to that. But the film finally comes into its own, finishing off its lot with engaging pizzazz, even managing to make a QVC infomercial breathe with crackling energy. Here, the camera is actually awake, transforming its initial lunatic aspirations into a more straightforward and satisfying story.

All in all, Joy isn’t terribly recommendable, though it’s a light enough trifle that it’s not a trial to sit through. The vastly improved second half effectively cancels out the first half’s muddled tangle, resulting in a film that leaves exactly no impression. I’ll take this over a bad impression any day, but I can’t help but wish I got more out of it.