I suppose that I should be thankful for my film classes, because they expose me to cleaverless films that I might otherwise have never seen. Come with me on a journey back to my Russian cinema class, as I explore what might prove to be two of my favorite Russian films ever, though there's honestly not much competition in that regard so far. 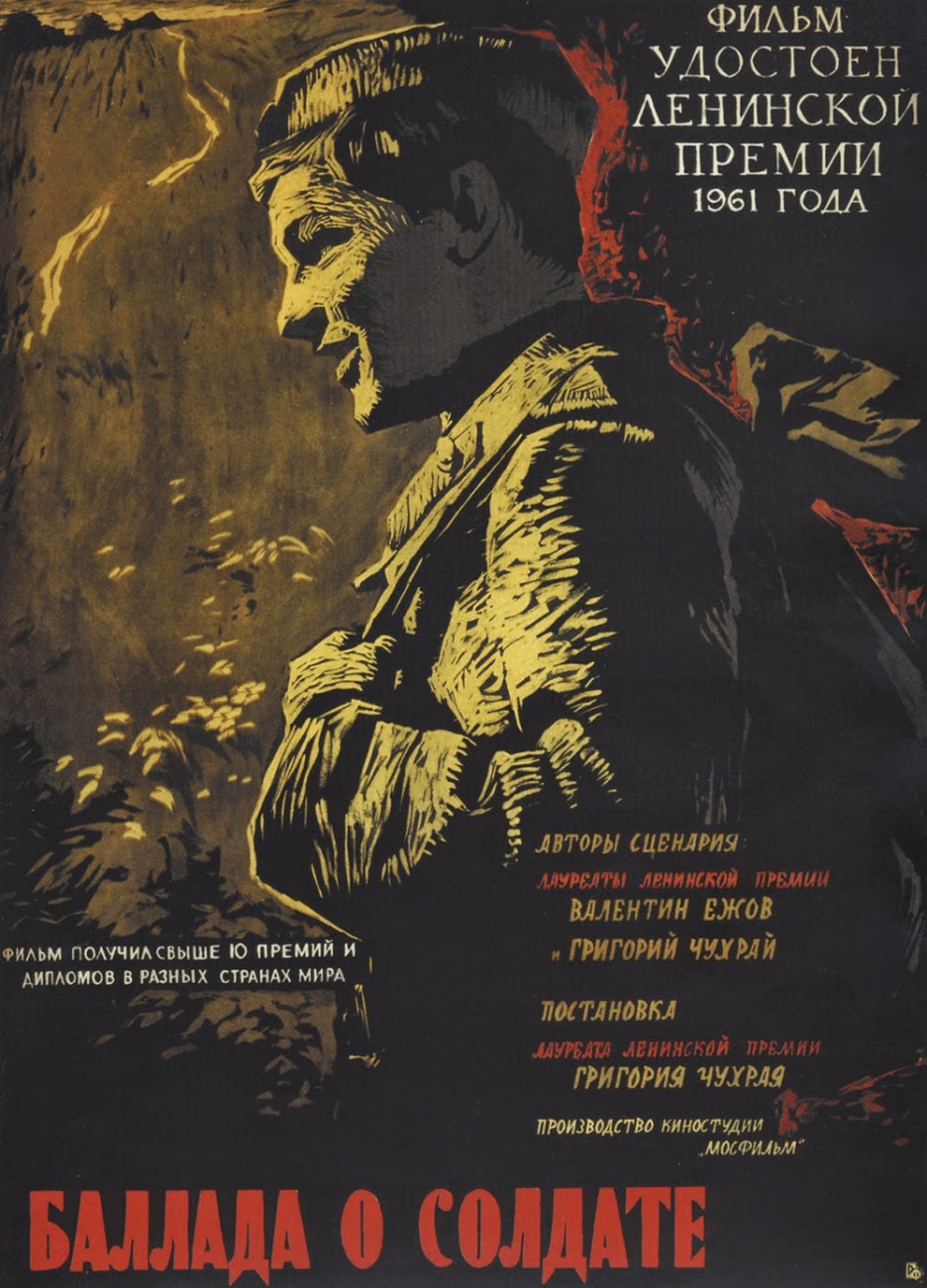 A young war hero is given a brief vacation, and he touches hearts on the road back to his mother's house.

The Russians love to make films about war. Whether it was the pro-Bolshevik Revolution propaganda films of the Stalinist period, the "up and at 'em" World War II pictures, or the more somber, naturalistic period pieces that followed the post-Stalin Thaw, no topic has been more thoroughly explored by the cinema of a nation. Unless you count France's love affair with black and white cigarette smoke.

1959's Ballad of a Soldier is one of those Thaw period films, created during the time in which the Russian people were given a chance to reflect honestly and earnestly on the impact the war had on their nation. The paranoid iron thumb of Mssr. Stalin was gone, and filmmakers tentatively poked their heads out of the sand to explore that persnickety value known as Truth.

Through the escapades of one lucky enlistee on his brief journey home, Ballad of a Soldier tells the story of an ailing nation. Pvt. Alyosha, played by the adorable Vladimir Ivashov, spends his entire trip back helping others, to the point where he sacrifices all but one minute of time with his mother in service of his fellow countrymen. On his travels he meets an injured veteran who's afraid his wife will leave him, a woman who has shacked up with another man while her fiancé is on the front, a Ukrainian family put in harm's way thanks to Stalin's relocation programs, and a young girl with whom he falls in love, all over the course of three days.

He lives a life over that long weekend, exploring the consequences of the war in every nook and cranny of the country, touching hearts and changing lives, kissing his mother on the cheek, and returning to the front, never to be heard from again. This film is all about the future potential that was wrested from the young men who were sent into the fray, and it is profoundly affecting. While Alyosha's mother pines for her lost child and her unfixed roof (standing in for the broader sense of Mother Russia, left in disarray), so do we, acknowledging the loss of a life meant to be lived, converted into just another fallen soldier.

Nobody ever said Russian cinema was cheerful. 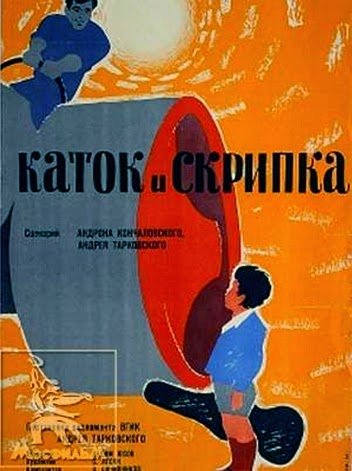 A young violin player and a construction worker strike up an unlikely friendship.

Andrei Tarkovsky is a filmmaker best known for his habit of hiding encoded messages in his films which the audience must then analyze and decode. The Steamroller and the Violin is his very first film (in fact, it's his film school thesis), so it's not quite so complex as all that, but it's still a tremendously valuable watch for anybody even remotely interested in the history of Russian cinema.

Exposing the hidden class system that fueled Soviet Russia, the film details a privileged and bullied boy's attempts to make a friend, which are squashed by his mother who doesn't want him consorting with Those people. At a brisk 46 minutes, it can't really be about much more than it, can it? But it uses its time wisely, painting an image of two people's lives with elegance and grace, without pushing them to adhere to any sort of rigid plot. It's like a more focused form of Italian Neorealism.

As the boy and the construction worker make their way around town, their interactions are filtered through reflections, reflections, everywhere. Whether it's in a puddle of water or the dozens of inexplicable mirrors that pepper the production design, the film constantly reflects on itself and its own meaning in a manner that's simultaneously student film heavy-handed and professionally precise.

The most unforgettable element of The Steamroller and the Violin is its inimitable style. It's earthy and worn, but packed with sophisticated double meaning, especially in its most playful moment - when the boy and the man become separated with a building between them in the process of being demolished. It's meaningful, skilled, and charming despite its relatively clumsy subtext, and proves beyond a shadow of a doubt that this is a filmmaker to watch out for. Well, to have watched out for.

The only question that remains is... If Tarkovsky can do it the first time out of the gate, why are all American student films so damn bad?