Welcome back, comrades. My days in higher education are numbered. Let's not mince words. Here's some more reviews from my Russian Cinema class! 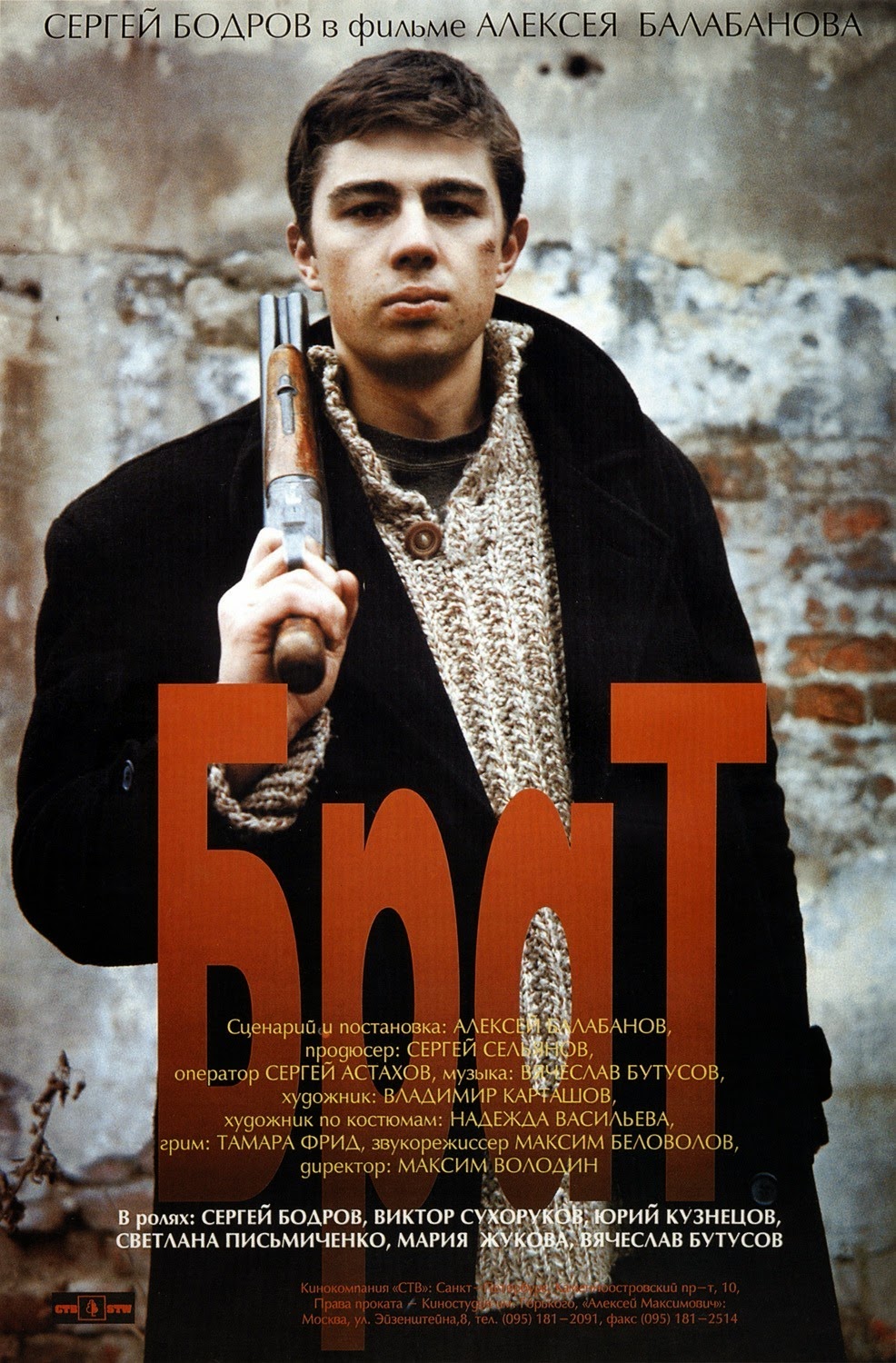 A young man goes to visit his older brother in Leningrad and becomes embroiled in the mob-run city's crime wave during the decadent post-Soviet Union era.

Russia, for all its faults, is one of the most interesting modern countries. While we all have our spats and geoglobal conflicts and whatnot, our most major historic incidents remain where they are - in the past. Meanwhile, over in Russia, their cornerstone event - the dissolution of the Soviet Union - happened in the same year as Bill & Ted's Bogus Journey.

The country is still finding its footing after that massive shift, and while I can't say that where they currently are is my favorite place, civilian life has calmed down somewhat since the years following the fall. The post-Soviet 90's were a time of rampant crime, incompetent police, and gang rule in which violence and hedonism reigned supreme. 1997's Brother showcases that era through the eyes of Danila Bagrov (Sergei Bodrov, Jr.), an aimless young man who has just returned from his stint in the military.

Danila is sent to live with his brother in Leningrad, where he gets caught up in his crime ring, quickly rising up the ranks and fighting against the mob attempting to capture him. Scored by the biggest rock band of the day, Danila assassinates gangsters, sleeps with married women, and hangs out with his homeless friends in an old cemetery. Although he maintains his personal moral code, always keeping his promises and not killing good people, he can't resist the tempting pull of the criminal underworld.

The film is a contemplative action thriller, filled to the brim with ruminations on the state of 1990's Russia. The homeless living in the cemetery is no coincidence. Nor the lighting that constantly threatens to pull Danila into the darkness. Nor the power shift where Danila - the younger generation - takes the power while his brother - the older - falls crumbling beneath the boots of the mob.

It's quite an interesting film, and it amassed a considerable cult following. With its story of a young country breaking itself in and a young man finding his way through the muck of it all, embracing his desires while remaining inherently good, it's easy to imagine the film's appeal. It's like the Donnie Darko or The Graduate of the Russian youth generation, though it's a damn sight better than the former.

My biggest issue with the film is its thinness. The production design is necessarily limited due to its budget, but its remarkably weak, especially in the scenes of the crime den, which look like they were shot in a local YMCA. And the entire movie is wracked with Fade Out Disease, killing the pacing at the end of each and every individual scene with yet another interminably long fade to black. But beyond that, it's a fun film and worth checking out for any crime drama enthusiast. 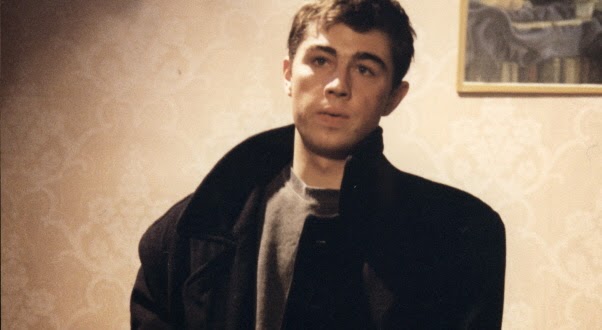 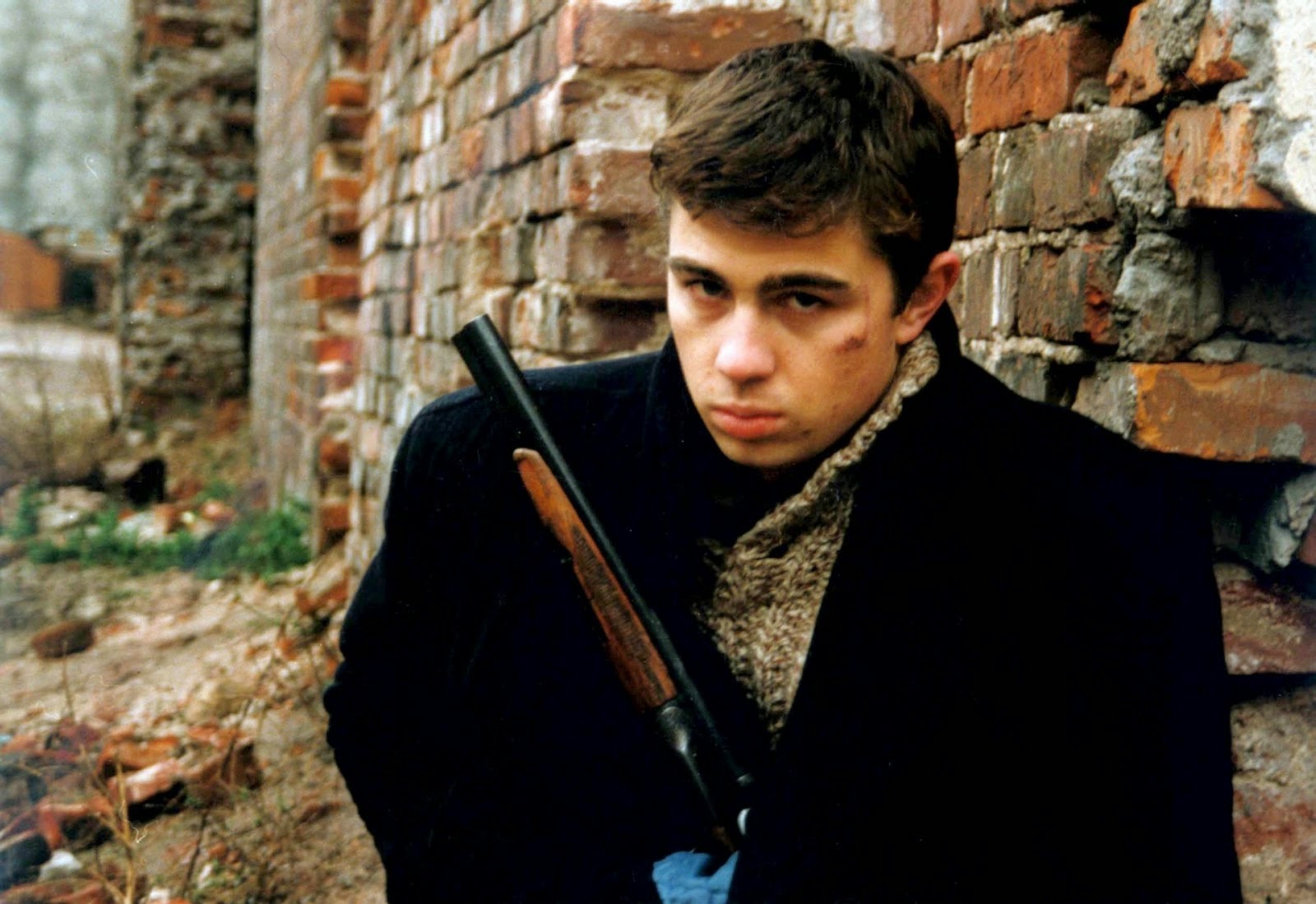 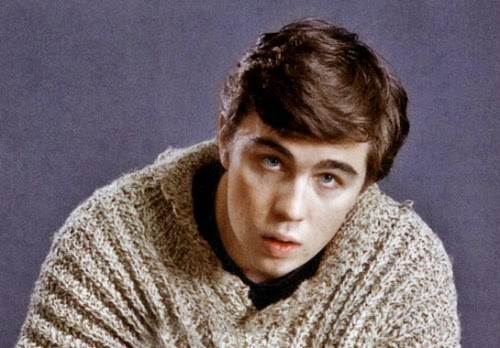 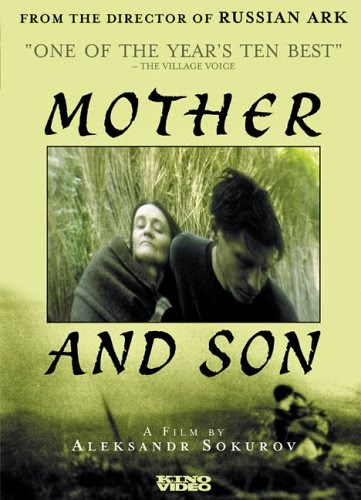 A man faces mortality twofold as he comforts his ailing mother while she passes from this world to the next, in the process boring the audience to death.

I'm going to be straight up here. Mother and Son is one of the worst films I've ever seen in my entire life. The abundance of ten star reviews on IMDb is baffling to me, though I will admit the film probably has a lot more resonance for people who have watched a loved one slowly fall ill. So if this is the case for you, skip reading this or forgive my flagrant disregard for the emotional content of the movie, because I'm gonna tell you right now, the structure is crap.

Mother and Son is more like a series of screensavers than a film. While a son helps his ailing mother eat, drink, and walk around their secluded forest home, the camera lingers on vast expanses of open nature for minutes at a time while literally nothing happens. At one point, the son pops out to grab a photo album and the camera holds static on the mother lying on a bench for a full two minutes. It is ponderously dull.

Some would argue that the pacing of this film mimics the slowing down of life as it fades away. I would argue that this is the film that you're forced to watch in purgatory to pay penance for your sins. There's next to no music or dialogue, the picture is muddier than the road to DTV Hell, and there are only two scenes with a meaningful rumination on mortality and one generation passing on to the next. All the rest of the script (which could be written on a doilie), is composed of lines like "Do you want a snack?"

All there is over the film's 73 minutes is a series of tedious, monotonous scenes of the pair wandering through the forest, sometimes walking out of the frame 45 seconds before it cuts away. I think there's about twelve shots in the whole movie. It's not like watching paint dry. It's like watching Pangea divide. One to miss.