In exactly a month, I will be an alumnus of California State University, Long Beach. That's a terrifying thought. Let's drown it in some more mini-reviews from my Russian Cinema class! 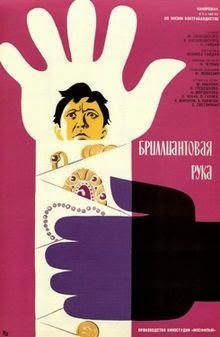 An unsuspecting civilian on vacation becomes part of an elaborate criminal scheme when a misunderstanding leaves him with a cast on his arm full of smuggled jewels.

On my syllabus, the film The Diamond Arm was described as a "Soviet eccentric comedy," so you can imagine my excitement trying to picture what that could possibly mean. Evidently, what this spells out to is a barrelful of slapstick with a pinch of musical theater, soaked in flailing, constant attempts to jab laffs from the audience. It might only be intermittently successful, but let's remember that I am perhaps not the prime audience for a slapstick Soviet comedy from the late 60's.

Although The Diamond Arm spreads itself very thin through its attempts to cram as many comic scenarios as possible into its 100 minutes, it still has some historically stimulating underpinnings about the corruptive Western influence and placing one's trust in the police. Soviet Russia was a less unstable place to live following the death of Josef Stalin in 1953, but it was still Soviet Russia and the propagandistic elements of films from this period are evergreen and interesting to mine for cultural film buffs.

Aside from these slight political elements, The Diamond Arm is comfortable in its rhythms as a fish-out-of-water espionage thriller, the likes of Get Smart or The Pink Panther. There are a smattering of decent jokes, the high water mark of which might be when the suave villain flips his hair, hitting his head in the process. It's no sophisticated repartee to will make you chuff over your cigar, but it's amusing in that primitive sort of way that people don't want to admit they enjoy.

Overall, the biggest issue with the film is that it takes frequent pit stops that halt the pacing dead in its tracks. One of the film's most egregious moments is an arbitrarily inserted musical number (one of several) on the deck of a boat that does less than nothing to serve the plot or its characters. In fact, I'm pretty sure I came out of that scene with less understanding of what the film was about. Another long stretch at a seaside fashion show is interminably dull.

Although, it might be hypocritical for me to complain about these interludes, because one such moment introduced me to the Russian tune "A Song About Hares," which I am immensely grateful for. It's catchy! I dare you not to dance after pressing play. Just make sure not to bend your knees! 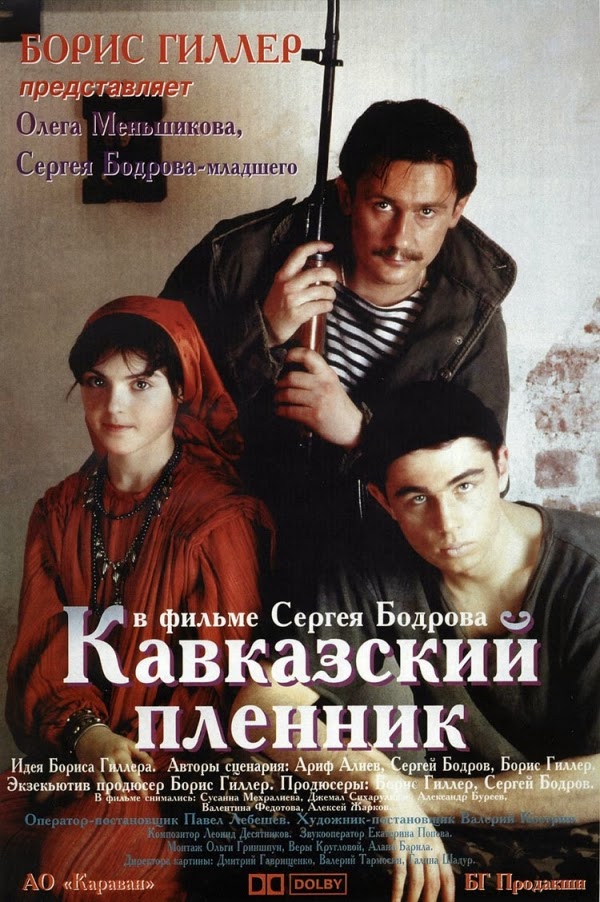 Two Russian soldiers are held prisoner by a Chechen villager who wants to trade them for his captured son.

The Russians do love their war films. As a country torn by many battles and revolutions, perhaps it's important to them to revisit and re-evaluate their sacrifices time and time again. And if the post-1950's films I've seen thus far in class are an accurate indicator of the general military climate, they seem to find it wanting.

1996's Prisoner of the Mountains joins Ballad of a Soldier as one of the defining Russian films about the futility and senseless violence of war. The film focuses almost exclusively on the character dynamics on two soldiers with opposite perspectives on their enlistment. The older soldier embraces his duties, but the younger draftee prefers peaceful interactions, and grows to understand the plight of the "enemies" that have captured them. These characters are brought to life by a talented veteran actor and a fresh-faced ingenue, both giving honest, genre-defining performances.

As these two stubborn minds battle it out, the film hammers out its philosophy in the spaces between their words: War causes everybody to suffer, and the delineation between Good Guy and Bad Guy isn't so clear once you get a closer look. As a series of delicate metaphors drift their ways to and fro, the soldiers struggle to balance their need for escape with their fondness for their captors, who for all intents and purposes may soon be their executioners.

It's a film about fighting against traditional worldviews and breaking the cycle of violence, and the inevitable destruction that a wartime mentality will bring upon all who subscribe to it, and everyone they love. Again, nobody ever said Russian Cinema was cheerful.

But despite a downbeat ending (which I shan't spoil here), Prisoner of the Mountains is an uplifting take on humanity's capacity to love in the face of a massive, crushing threat to its well-being. As often as it emphasizes the wanton destruction of the military, it also embraces our capacity to learn to understand one another. It's a slow burn, but a highly recommended watch.

Also, Sergei Bodrov, Jr. is hella cute. You ain't seen the last of him. 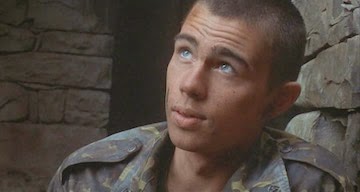 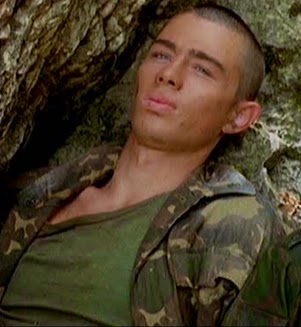