The Sony Will Come Out Tomorrow

As I'm sure you've all heard by now, on November 24th, the Sony computer system was infiltrated by hackers calling themselves "Guardians of the Peace." On the 27th, five new films were leaked online, including the upcoming holiday epic Annie. Also leaked were the films Mr. Turner, Still Alice, and To Write Love on Her Arms, which, let's face it, weren't exactly a big loss. Personal information, including passports and visas of several Sony stars was also compromised, and workers at Sony received personal threats of violence if they didn't sign a statement repudiating the company.

As personal emails from the Sony system began to be leaked, gossip columnists took charge of the hack coverage, diverting attention from the real problem. But all that changed on December 16th when the hackers (or somebody masquerading as them and jumping onto the breached system) demanded that the upcoming film The Interview be pulled from distribution, threatening acts of terror upon cinemas that screened the movie on Christmas day.

The Interview's plot revolves around two celebrity journalists played by Seth Rogen and James Franco being sent to North Korea to assassinate Kim Jong-un, leading to speculation that the hack was perpetrated on behalf of the North Korean despot. Two days ago, after many theaters backed out of distribution, Sony decided to pull the release of The Interview entirely. This led to a social media furor, but seeing as Twitter explodes with rage at just about everything from Kim Kardashian's butt to the new episode of Teen Mom, this was to be expected. At least, for once, it's about something actually important.

People are arguing that Sony's decision is undermining the American right to free speech and that by letting the hackers succeed, we're merely inviting more attacks against just about any movie that anybody doesn't like. Which categorically includes just about every film ever released except possibly The Oogieloves in the Big Balloon Adventure. 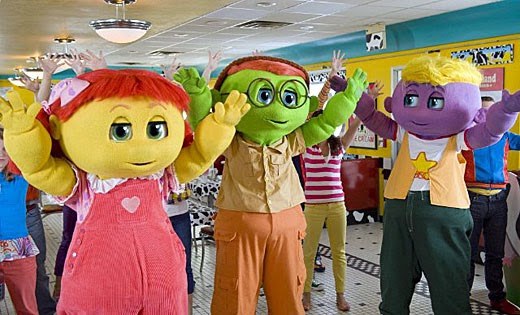 But what kind of world would that be?

There is a lot of validity to their arguments. But while Sony's decision is politically shaky, it's largely financially and socially sound. Although the threats may have never come to fruition, people would have been afraid to go to the movies on Christmas, one of the biggest days for the cinema. Not only would the skittish have avoided The Interview, they would have steered clear of theaters in general, for fear of being caught in the crossfire, damaging the box office receipts of every other film released that day as well.

It's not like box office is the most important thing in the world, but the pressure on Sony is almost unbearable to think about. Their response is regrettable but perfectly understandable. And after the events at the Dark Knight Rises screening in Aurora, people don't need another reason to be afraid of leaving their homes to go catch a movie. Plus, the buzz around The Interview by supporters of satire and free speech alike will ensure a plentiful box office when it is eventually, inevitably released somewhere down the road.

That is about the extent of an argument that I am suitably informed to make on the subject, but I would like to use my significantly larger entertainment industry prowess to further an argument that - while certainly less socially significant than the free speech vs. cyber terrorism debate - has likewise been weighing on my mind.

In the whirl and fervor of coverage about The Interview, many apologies and defenses have been made to and for James Franco, Seth Rogen, and Evan Goldberg. But there is one person the mainstream media has been ignoring, largely because his presence is more symbolic as a catalyst than as a human being: Randall Park, the actor who plays Kim Jong-un himself. 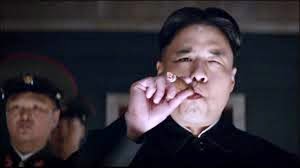 From the coverage I've read, the North Korean leader might as well have been playing himself in the movie for all the attention payed to this particular part. It makes sense why he has been overlooked. Park isn't exactly a celebrity of Seth Rogen/James Franco wattage. But the Korean-American actor (who has been working dutifully in Hollywood for some time now) was on the cusp of his big break, only to have it ripped away. Hopefully the buzz this film ignited will do the same for his career as it will likely do for ticket sales, but for the time being the unfortunate man is in limbo yet again.

Forgive my name dropping, but I had the opportunity to meet Randall Park when I was working as a PA on the web series Awesome Asian Bad Guys, and he was one of the nicest, most respectful actors I've ever had the opportunity to work with. He's a down-to-earth guy with huge dedication and real talent. Even in minor roles, he throws his all into his performance, dragging laughter from the audience like an expert angler with a fish hook.

The Hollywood system is tough to navigate for Asian-American actors, but he's worked his way through a series of scene-stealing small parts in The Office (as Asian Jim) and films like Dinner for Schmucks, Larry Crowne, Sex Tape, They Came Together, and Neighbors. This year he's finally been given a chance to show off his comic talents on a broader arena with The Interview and the upcoming TV series Fresh Off the Boat.

And while I have the utmost faith in his skills and ability to endear himself to popular audiences, it's a real shame that this had to happen to one of the biggest movies in his career, especially with a role he performed so indelibly, Evan Goldberg himself said, "He was the only person we auditioned or discussed. He just delivered." Randall Park is a man to watch out for. His star has been rising imperceptibly but implacably over the last few years, and he's about to shoot into the sky. It couldn't happen to a better man. 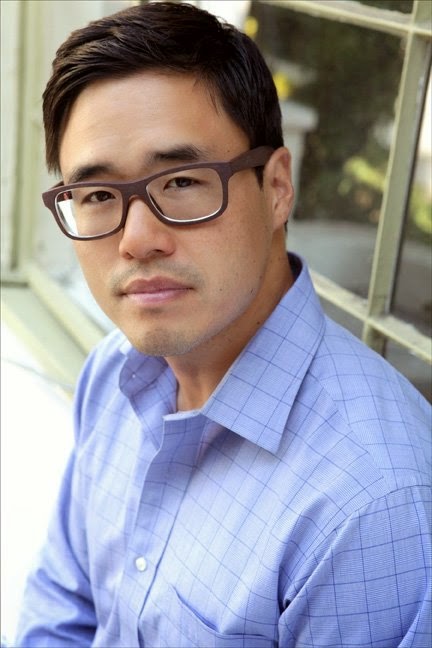 Or a man with cooler glasses.

While my opinion on Sony pulling distribution of The Interview remains unchanged, so has my opinion on Randall Park. So here's my advice to you. Go to his IMDb page. Look through his surprisingly dense list of successful, high quality movies. And in between your seasonal screenings of Team America: World Police and It's a Wonderful Life, please make room for a Randall Park somewhere in your viewing schedule. I promise you it'll be worth it.
Word Count: 1069
Also sprach Brennan at 11:23 AM