Like I said before, finals are a killer. And once I vanquish them, a veritable waterfall of terrific content is going to cascade over you all. But luckily for me, some of my work can double as blog posts, seeing as how I'm required to write insightful and analytical essays. Which is pretty much what I do every day over here. Anyway! Here's my newest essay for my Broadcasting class, exploring HBO's terrific show The Comeback.


Analyze one television show from the post-classical network period of modern television in order to illustrate how the show reflects the social, cultural, industrial, and historical moment of its production.

The Comeback of The Comeback: False Reality and the Duplicity of Celebrity 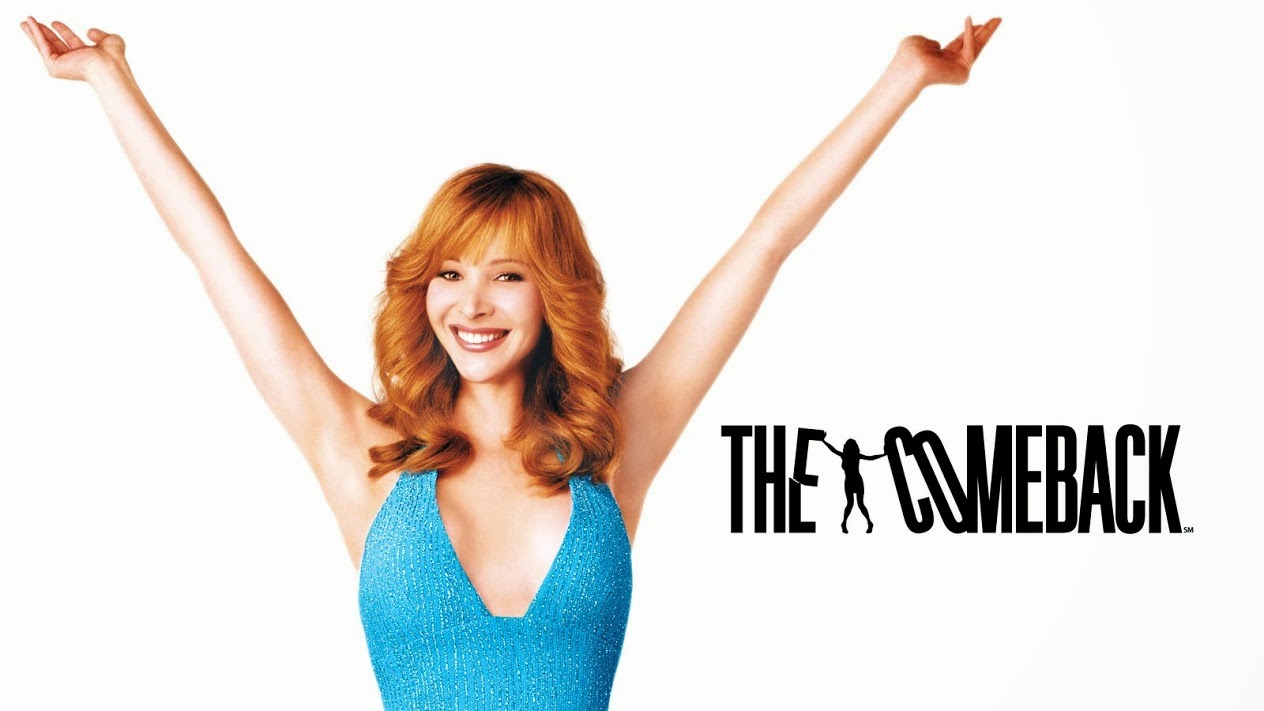 Ever since the inception of the pay cable network HBO, the company has sought to air counterprogramming to traditional network TV. During its early years in the 1970’s, this meant airing programs like first-run movies, sporting events, and comedy specials to counterbalance the traditional television styles and genres of the classical network system. However, after competition began to increase, HBO shifted from a utility brand to an identity brand and began producing its own programming. These original television shows took the format of traditional genres like the sitcom or the hour-long drama, but continued the spirit of counterprogramming, typically using their recognizable style to comment on and satirize the state of current network television.

Shows like The Larry Sanders Show and Curb Your Enthusiasm tossed vicious barbs in the direction of late night talk shows and sitcoms, but 2005’s The Comeback is perhaps one of HBO’s most acerbic and biting programs, using its first season and its currently airing second season to take jabs at the rise of reality television. The Comeback wickedly satirizes the artifice of early reality programs and – in turn – the manipulation of image employed by celebrities both toward the public and themselves, using the arc of an aging sitcom actress’ journey to depict the changing tides of popular media. 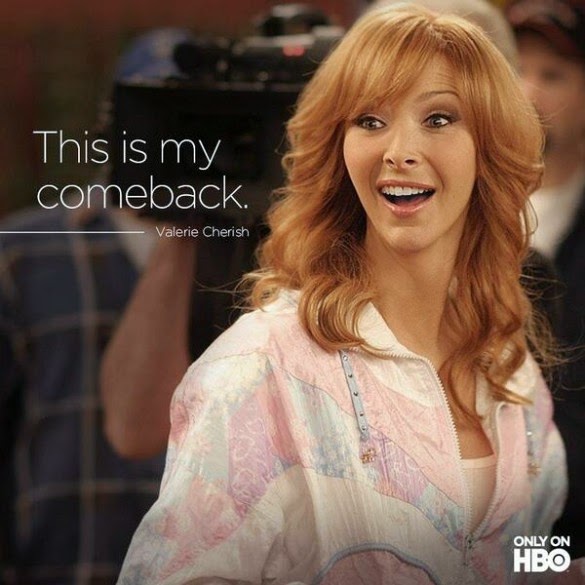 From its very first episode, The Comeback sets its sights on the new Renaissance of reality TV, a genre that rose to prominence with 2000’s Survivor and 1999’s Big Brother. These shows were inexpensive and widely popular, depicting real people and actual events, but viewed through a cleverly edited lens to create heightened drama (Hilmes 398). The Comeback, presented as the raw footage of a reality show starring Valerie Cherish – played by Lisa Kudrow of Friends fame – an aging sitcom star who is looking to get back into the limelight, immediately presents an argument against the reality of “reality.” By blurring the lines between reality and fiction with its realistic presentation and a character mirroring Kudrow’s own career, The Comeback cleverly highlights the artifice of the shows it imitates (Williamson 109).

By presenting the unedited footage of what will eventually become a reality program, The Comeback depicts just how boring and ordinary Valerie Cherish’s life proves to be. She has petty arguments with her husband, goes shopping for linens, and has muted, human responses to even the good things in her life. In fact, in the first episode – “The Comeback” - Jane, the show’s producer, asks Valerie to play up her reaction to getting a part in the sitcom Room and Bored, saying “I just think that your reality can be more excited.”

This strategic manipulation of Valerie’s true self is the only way to have the show be exciting and get heard above the noise of its dozens of peers. In the episode “Valerie Demands Dignity,” Charla, another reality show star, astutely tells Valerie that “This is reality TV! You have to make it happen!” Although Valerie never reaches true understanding of this fact, the producers and editors of her show create something out of nothing, transforming Valerie’s quiet, unexceptional life into a dramatic roller coaster of a narrative. By presenting the show to us in this particular “behind-the-scenes” format, HBO and the creators of The Comeback thoroughly deride the unreality of reality programmers and those who are foolhardy enough to star in them. 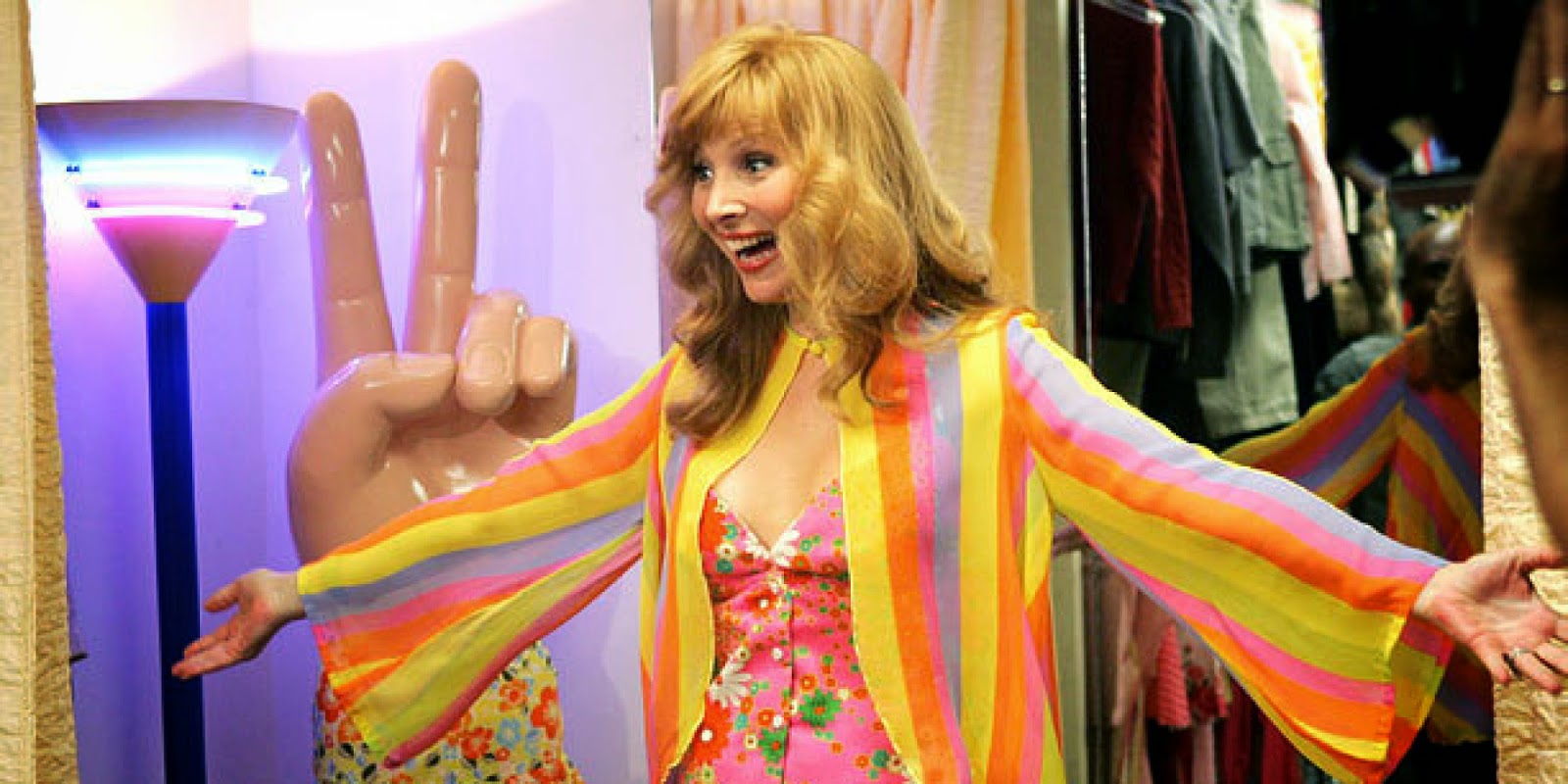 In addition to depicting the artificiality of the program itself, The Comeback indicts the false face of its very own central figure. Valerie Cherish, though the apparent protagonist of both The Comeback and “The Comeback,” the reality show-within-a-show, is a deeply flawed, emotionally stunted woman who seeks to control every visible aspect of her life. Years of living in the spotlight have warped her mentality, causing the face she shows to the cameras and her true face to collide. She has built an artificial world for herself, shielding herself from the messiness of life behind a false, cheery personality.

The persona that Valerie Cherish displays is not her reality, but rather the expression of who she dearly wants to be. Her false self is determined, optimistic, and generous. She bakes cookies for the writers, gives gifts to the cast, and personally thanks everyone involved in creating the show. In the episode “Valerie Stands Up for Aunt Sassy,” she even states that “I’m the one who buys gifts for all the crew. That’s who I am.”

Valerie insists that her expressed personality is a reflection of her true self, but the reality TV camera reveals the chinks in her armor. Under close scrutiny, it becomes apparent that nearly every single aspect of her personality is specifically gauged to address one selfish need or another. She bakes cookies for the writers so she will get a storyline to herself and gives gifts to the cast because she wants to be well-liked. The camera lingers over her initial reluctance to perform any open-hearted task and captures the precise moments that her genial mask is affixed over her true face.

Simultaneously, the reality camera reveals the grim artificiality of her personality and the stark truth of her average life. This multi-layered approach taken by The Comeback highlights both the flaws in the making of reality television and those of the people who desperately wish to be seen on them. In combination with one another, both elements negate all potential for true “reality,” as The Comeback points out, making it the most spirited reversal of television tropes on the HBO counterprogramming lineup. 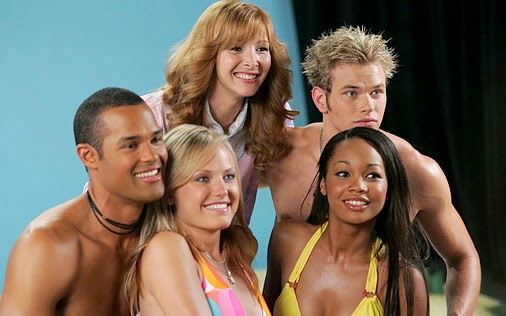 In addition to its startlingly up-front indictment of reality programming, The Comeback’s multi-layered satire has a thriving undercurrent depicting the fall of the sitcom in the face of the new wave of reality TV. The figure of Valerie Cherish, a former sitcom darling who is rapidly aging out of the industry, represents this transition (Poster 162). She attempts to run her show “with dignity” and manipulate her image in the manner of a 90’s sitcom, constantly butting heads with the young producer who knows that dignity is exactly what current audiences will not want to see.

The Comeback ceaselessly seeks new ways to highlight the age gap between Valerie and her young co-stars. She tries to get one of them to do the robot onstage, sings a series of songs none of them have ever heard of, and is constantly faced with ire from the writers, who provide dialogue for her character that ages her even further, making her seem like an ancient, sexless grandmother. As Valerie herself says in “Valerie Relaxes in Palm Springs,” “That’s Hollywood for you. Anyone over 22 – mandatory hip replacement.”

Valerie’s struggle quite obviously mirrors the waning popularity of the traditional sitcom format. In the mid-2000’s, in response to the rise of “quality television” like Lost and Mad Men, sitcoms had already begun shifting to a more elegant and refined single-camera format, losing the laugh track along the way. The multi-camera, live audience world that Valerie once knew and ruled was now being viewed as a symbol of tacky excess. The old sitcoms were now seen as something to be derided and dumped from the schedule, as evidenced by the network’s manhandling of Room and Bored. The producers frequently interfered by adding new crowd-pleasing elements and – in one key moment – shutting down the entire production to retool during the middle of its very first season in response to low ratings.

In the new world of television where reality is king, the industry has no place for traditional formats or entertainment veterans. The popular stars of the age weren’t even celebrities at all, merely real people with big personalities who arrived on the national stage practically overnight. This world is the one in which Valerie Cherish – and her supposed comeback – languish. Her age and her refusal to bend the morals of her rigidly artificial personality set her apart from the oncoming generation.

Without The Comeback, she has nothing, but she desperately clings to the old-format Room and Bored, viewing that as her true return to the spotlight. But, as her director wisely states in “Valerie Bonds with the Cast,” “Why are you worrying about [Room and Bored]? This is not your show. [The Comeback]’s your show. This show is the car that takes you to that show.” Valerie never truly realizes the truth of this statement, as she is so focused on clinging so desperately to the television that she knows. But through clever editing and a series of dramatic challenges, The Comeback is a success, inadvertently providing her with the very success she thought she was going to achieve through her traditional means. 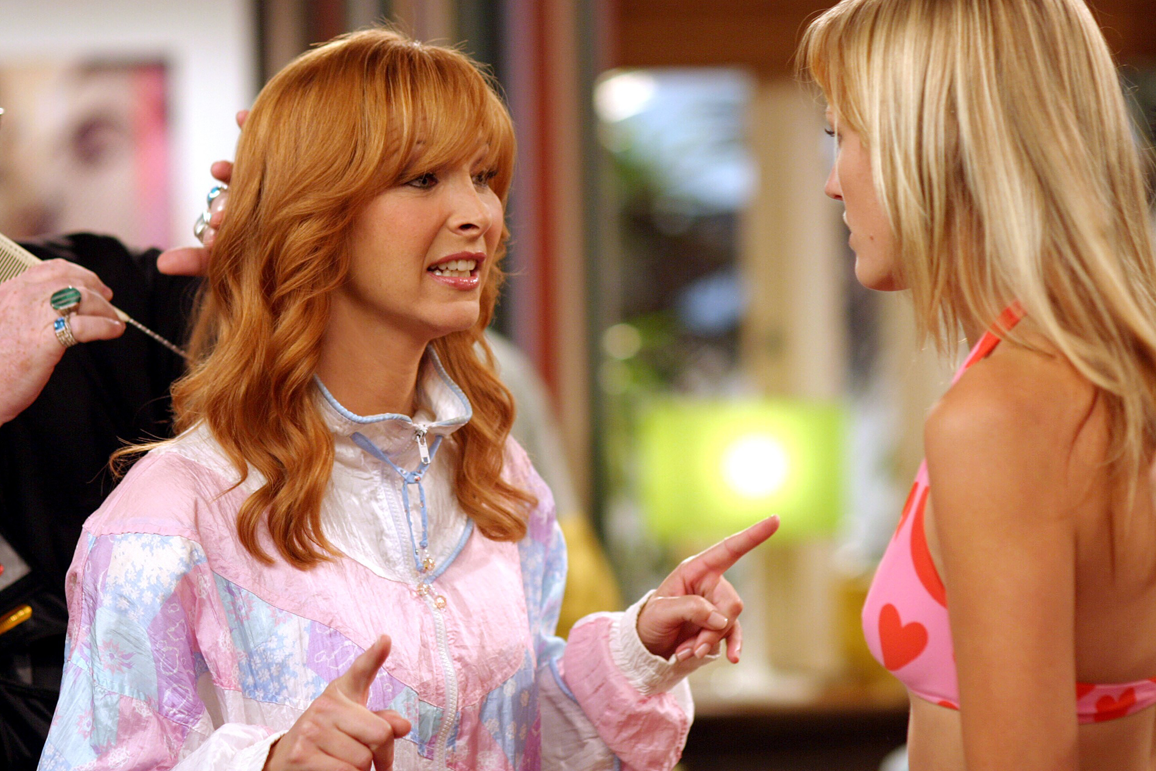 To Valerie Cherish and to HBO, The Comeback is many things. It’s a shattering portrayal of the duplicity of reality TV and the realities of celebrity as well as a tragic tale of an outdated model of entertainment slowly drowning beneath the currents of a new format. The Comeback is also counterprogramming at its finest, stripping away the veneers of TV’s tropes and genres to take a good look at the life and lies pulsing underneath. Although HBO would shortly thereafter send The Comeback to an early grave, the show remains one of its most important and astute criticisms of today’s entertainment environment, using its tragic central figure to track the changing trends and attitudes of modern media for the first – and certainly best – time. 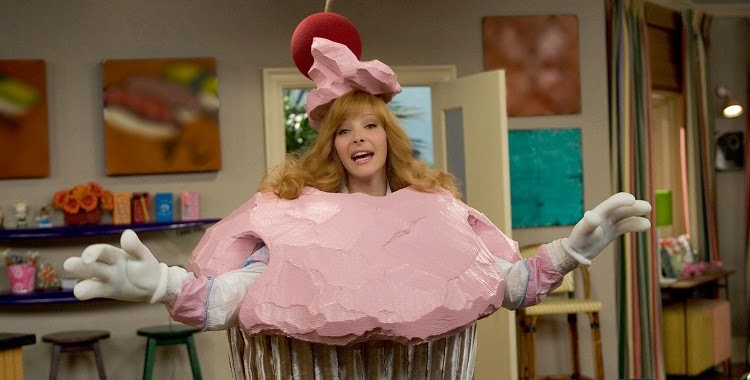