Happy Birthday To Me

Do you notice anything different about me? Perhaps it's a new haircut. Perhaps it's a different shirt. Perhaps it's the newfound maturity and poise that comes part and parcel with my inevitable crossing into adulthood. That's right folks, I'm no longer a teenager. Welcome to my 20th birthday!

Having exhausted the slate of 80's slashers with "birthday" in the title, I decided to do something a little different this year. Inspired by a post made by my friend on her blog ScaryLibrary, I decided to make a list of the best horror films (that I have seen) from every year of my existence. Love the 80's though I do, I was not alive in them. And the intervening years have had some gems that deserve more attention that they get.


The Best Horror Films from Each Year of My Life 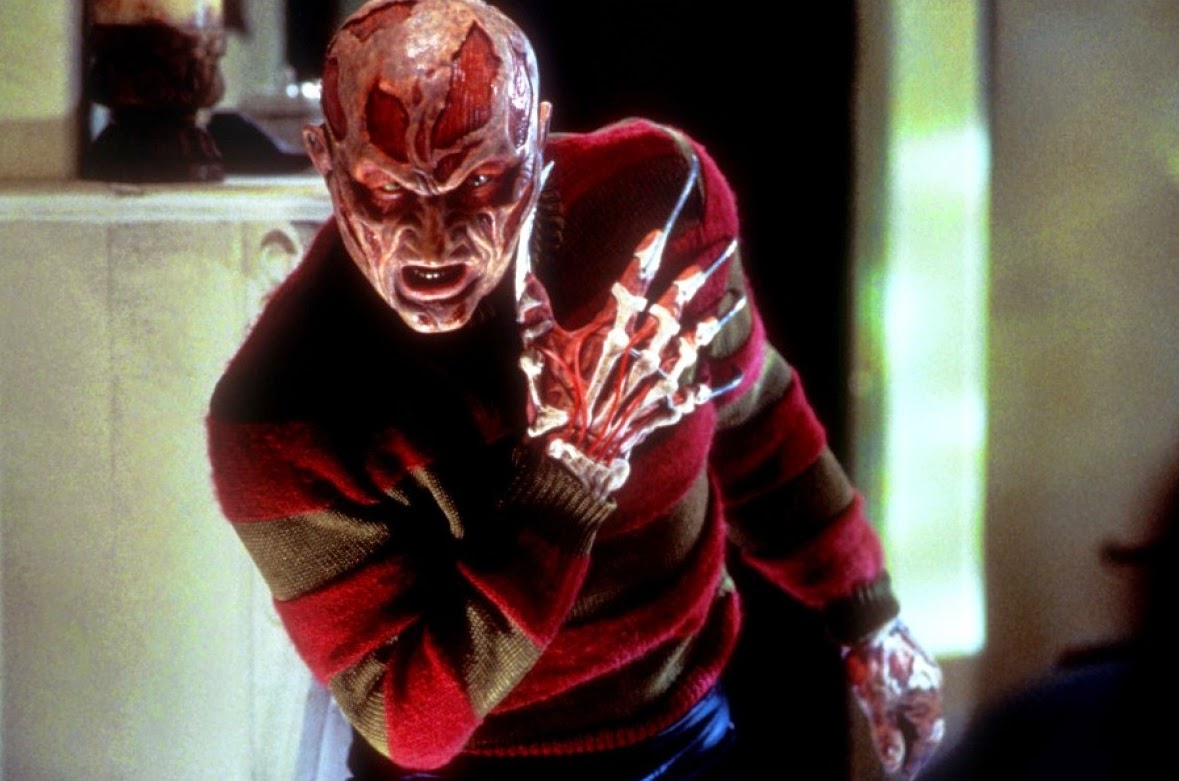 I am incredibly honored to share a birth year with the best Nightmare sequel and just plain one of the most intelligent horror movies of all time. It's my Number Seven favorite horror movie for a reason. Wes Craven utilized a high concept to drag his high concept franchise back onto the tracks and achieve the unachievable - make Freddy scary again, something which any viewer of Freddy's Dead would deem nigh on impossible. 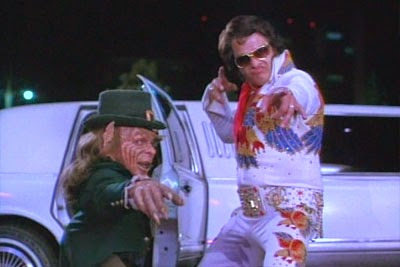 This isn't so much a testament to Leprechaun 3's quality as it is a sad reminder of the state of horror in the mid-90's. It's easy to pick out the third Leprechaun from such miserable company as Tales from the Hood or Children of the Corn III: Urban Harvest, if only for Warwick Davis' gleeful performance and the hyperbolically low budget that transforms the glittering city of Las Vegas into a street corner and the interior of a warehouse. 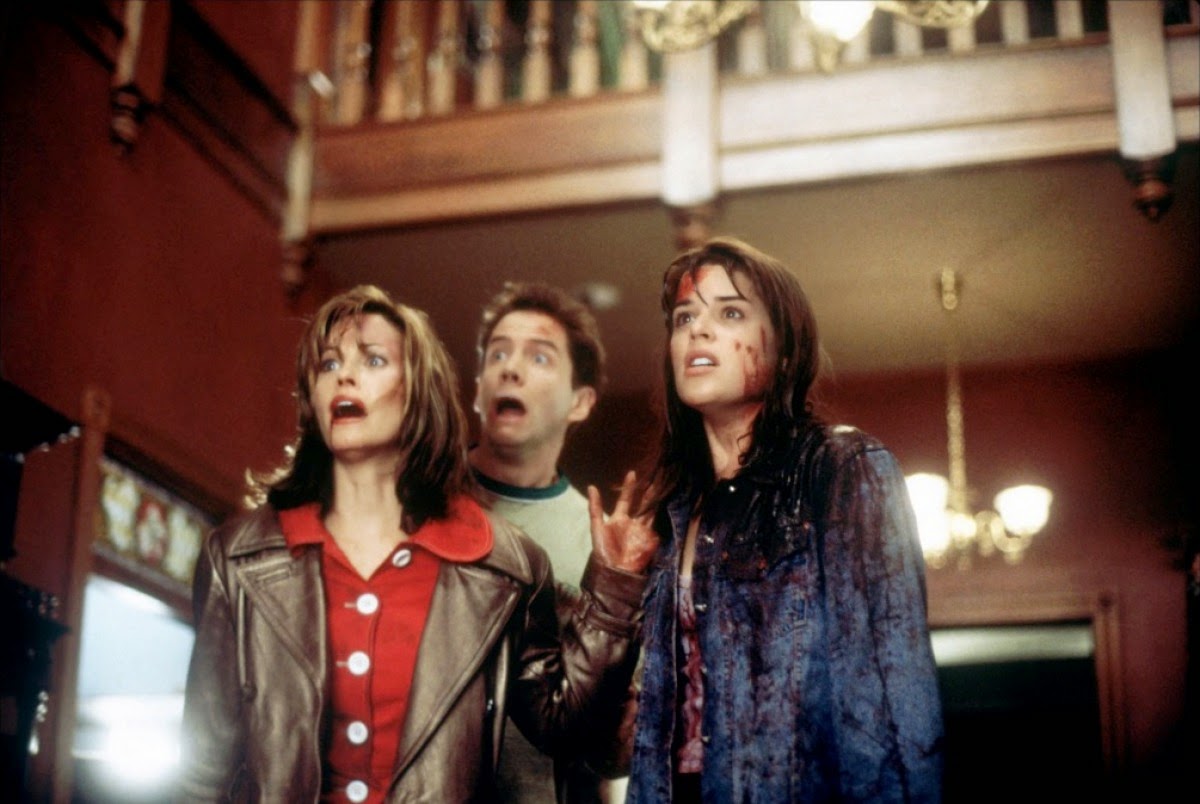 And here we go. The horror genre had been slowly bleeding out since the triple whammy of Friday the 13th Part VIII: Jason Takes Manhattan, A Nightmare on Elm Street 5: The Dream Child, and Halloween 5: The Revenge of Michael Myers cold-cocked it in 1989. But Wes Craven jammed an adrenaline needle into the genre's heart with Scream, a postmodern slasher masterpiece and the reason I fell in love with horror. Without Scream, you wouldn't be reading this right now. 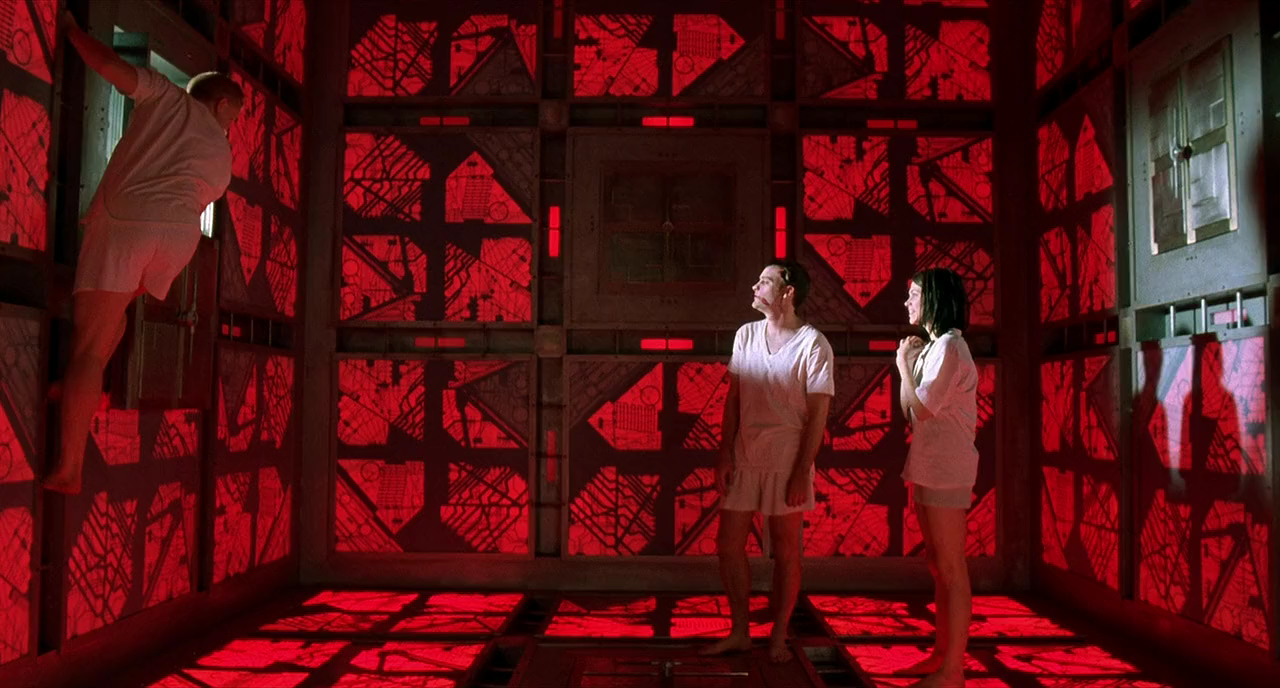 I love cult film. I love Canada. Those combined make me the perfect audience member for Cube. But honestly, I think Cube is perfect for just about anyone. It's thrilling, it's gory, it's way smarter than it needs to be, and the actors' suppressed Canadian accents bubble up from time to time to say hello. It has gained more of a following in the last couple years, but still not nearly as much as it should have. 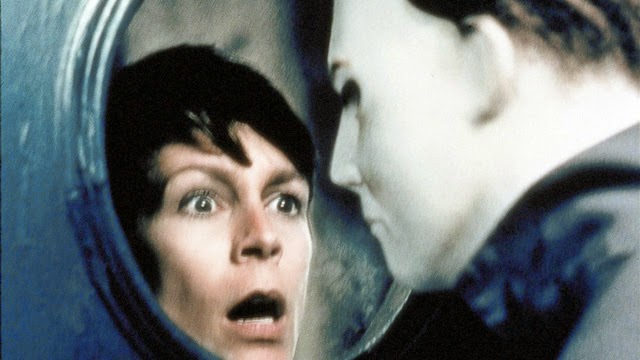 I've never had a problem with sequels that retcon the films that came before. In fact, it plays into my love of unnecessarily complicated franchises. But the fact that the Halloween franchise was bringing in Jamie Lee Curtis again was worth any amount of denial. Heck, they could have gotten rid of Michael Myers and made it a drama about a lovelorn Laurie Strode running a boarding school and I would've been on board. But throw in Josh Hartnett, Michelle Williams, and LL Cool J and you've got yourself a perfectly frothy mix for a 90's nostalgia slasher.

The Sixth Sense is one of my favorite horror films of all time and no, not for the twist ending. Honestly you could snip that part off and the movie would be just as affecting, though I'm glad it's there. M. Night Shyamalan has since failed to prove himself as a director, but in this film he exudes strict control over a sumptuous colorscape and leads one of the best child performances in cinema, so for that he gets a pass. Also Toni Collete's scene in the end will never fail to make me cry. Full disclosure. 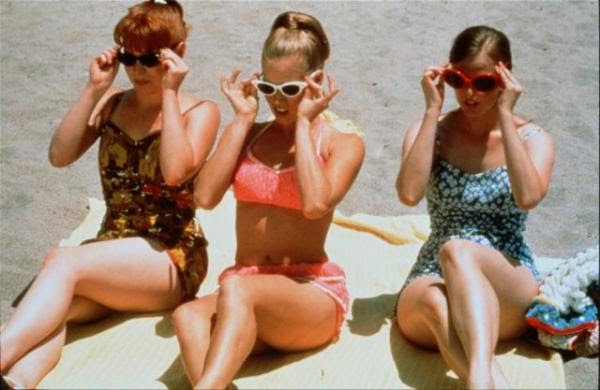 Buffy's Nicholas Brendon in a feature length role. A transvestite cop. A young Amy Adams. A slasher parody of Gidget. This is all I've ever needed in my life. Tack on the fact that the homoerotic subplot actually pans out and you've got a camp masterpiece that allows me to overlook its many many flaws. 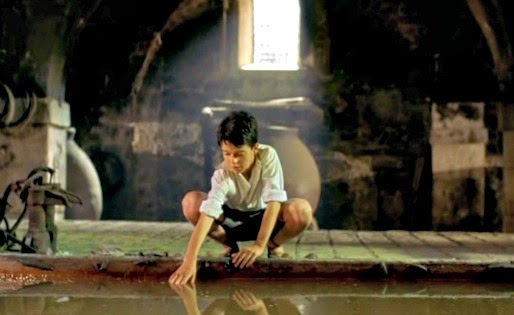 One of Guillermo del Toro's lesser appreciated movies, The Devil's Backbone had a profound effect on me the first time I watched it. The "little brother" film to his masterpiece Pan's Labyrinth, this film is a delicate character piece about a little boy, murder, and ghosts set against the backdrop of the Spanish Civil War. It also features one of the best ghost designs in all of cinema in any language. I would follow David Arquette to the ends of the Earth and back. Honestly, he gets a lot of flak but I'm a big fan. His performance in Scream is an exquisite piece of comedy and his return to the genre in this campy giant spider film (featuring a young Scarlett Johansson) is a treat. 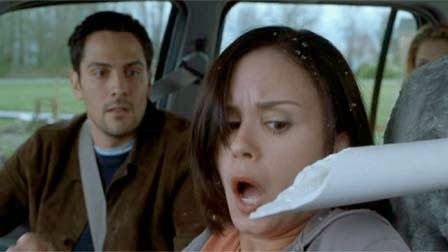 Perhaps even better than the terrific high concept slasher, Final Destination, this film proved that teen horror still had the power to be clever and inventive. And gory, more so than any post-Columbine slasher had really allowed itself to be. 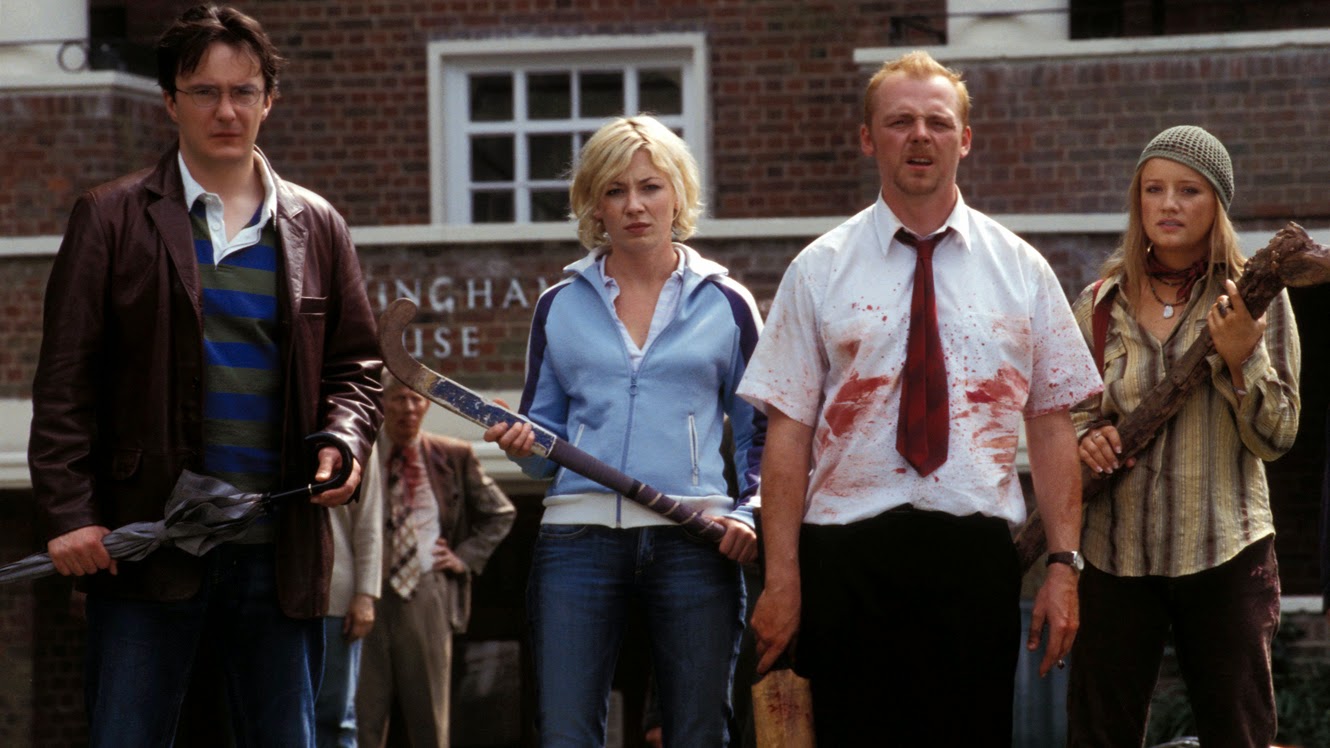 Everyone knows by now that Shaun of the Dead is a near-masterpiece of horror comedy, right? This group of entertainers has proved themselves time and again, but my favorite iteration of their tight brand of wry comedy is still their first. A romantic comedy with zombies? That doesn't fail at either half? And even transcends both genres to become its own thematically coherent entity? Count me in. 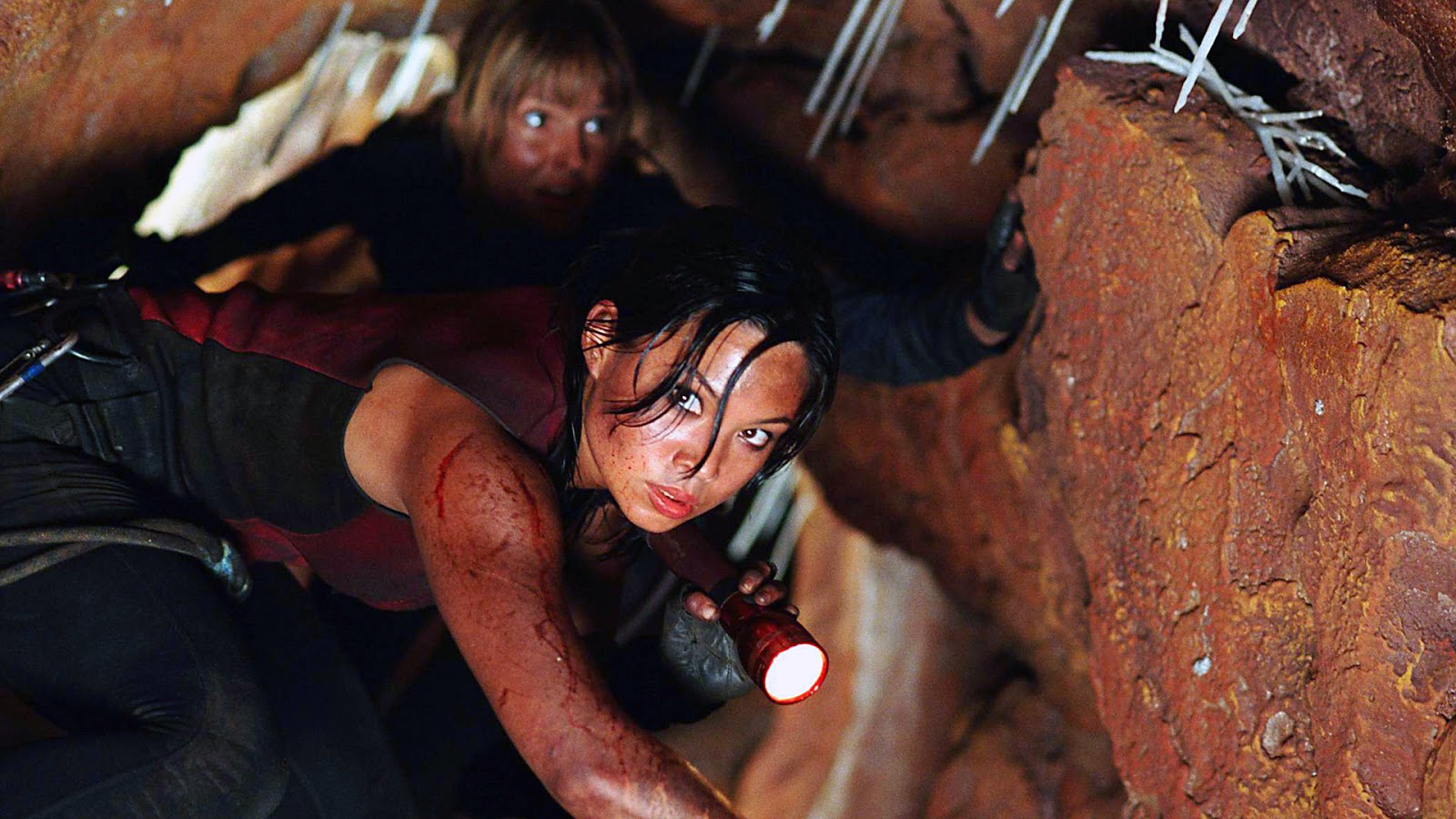 It's something to behold when a horror film manages to be scary 45 minutes before the villain even kicks in. But The Descent does just that with its claustrophobic exploration of an unknown cave system. Flawlessly hiding its low budget with effects and sets that never once fail to convince, this film is a masterpiece of taut scares, punctuating its sense of overwhelming dread with frights that will knock you backwards out of your seat. And with an all woman cast! A film for the ages.

2006: Behind the Mask: The Rise of Leslie Vernon 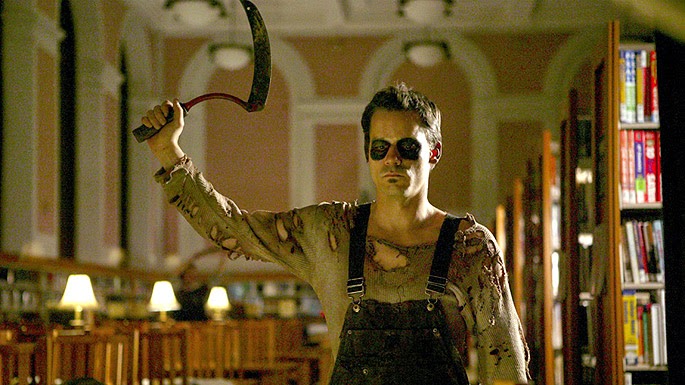 After Scream, every darn slasher movie had to be self aware. But it's really not enough to just mock the tropes you yourself are using. Scream succeeded by having meta humor woven into its very fabric, but very few films managed to achieve its artistic success until Behind the Mask, the apotheosis of the post-Scream slasher genre. A hilarious mockumentary detailing the trials and tribulation of a man trying to make a name for himself as the next big slasher villain, the story of Leslie Vernon one of the most intelligent horror comedies of the past ten years. 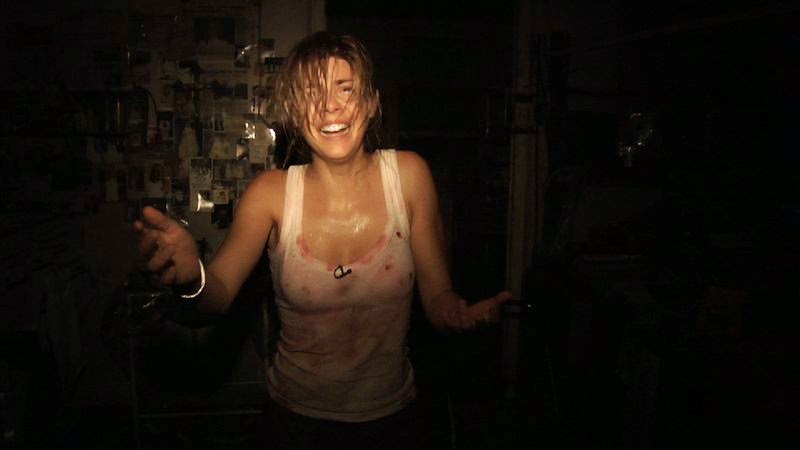 And here we are at my favorite movie of all time. I'm a big fan of when a film can provoke a reaction in the audience, which is one of the reasons I'm typically drawn to the horror genre. And [REC] certainly provided. I've seen many scary movies in my day, but when the closing credits rolled and I sat there shivering on the couch in the broad daylight, unable to speak or process what had just happened, I knew Cassidy and I had stumbled upon a diamond.

It is only fitting that one of the best horror sequels of the decade should follow one of the best slashers of the decade. Both from snowy Norway, these films prove that our Scandinavian friends have been keeping a close eye on American horror, proving that they can do it pretty much better than we can, hands down. Cold Prey 2 brings back the powerhouse star Ingrid Bolsø Berdal and features stunning cinematography and one of the genre's best hospital settings. 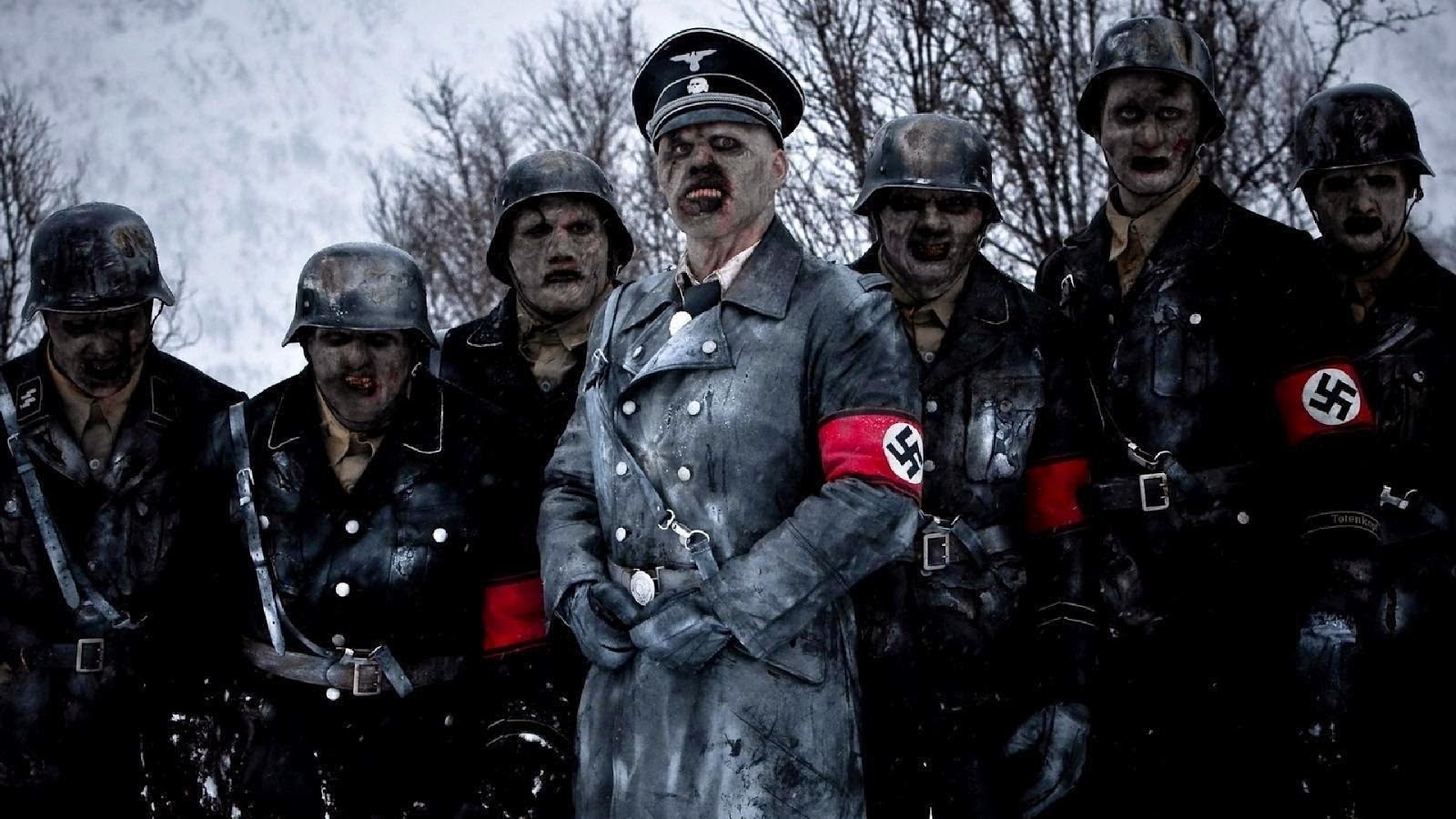 What do you know, it's Norway again. I never thought I'd say this, but Norwegian horror cinema in the 2000's was a force to be reckoned with. This time around, they've brought us a gory horror comedy featuring Nazi zombies. The film makes great use of its blindingly white snowy location to create dread, something which, again, the American horror filmmakers of today seem to have no grasp of. 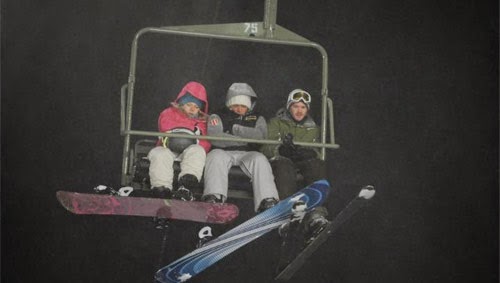 In this Frozen, it's probably not a good idea to let it go. Adam Green's film is about three friends who are trapped on a ski lift after the resort closes for the week. It sounds dull but it absolutely isn't, ending up somewhere close to a one room drama with heart-stopping gore sequences. Also it features Shawn Ashmore, to whom I am pre-pre-pre-pre-engaged. The next step is to actually meet him. 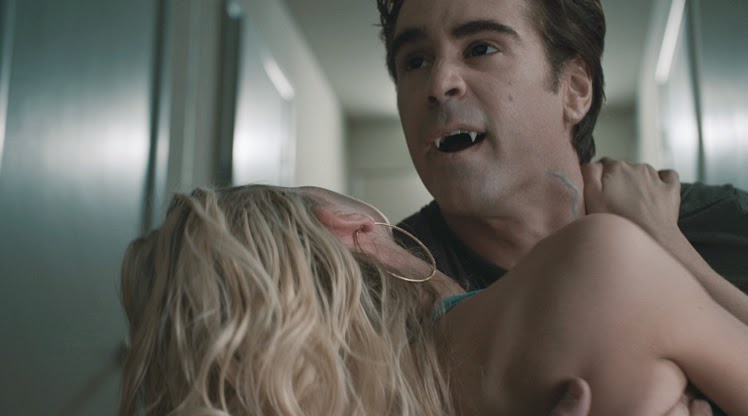 One of the best remakes of the modern age (At least, taken alone. I'm a sinner and I still need to see the original.), Fright Night is sexy, dangerous, and pretty darn funny. I still think about some of the standout moments, which is something I can honestly say I have never done about any other remake ever. 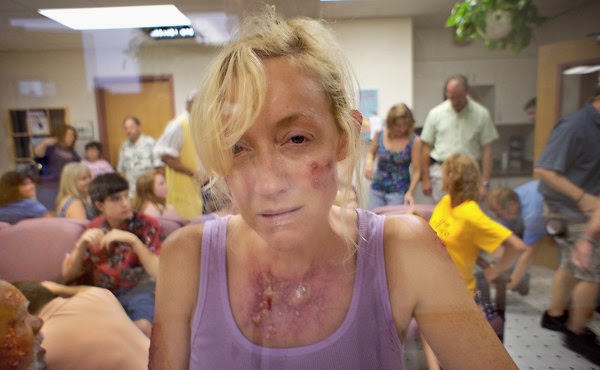 Despite Sergio's inexplicable hatred for this film, I happen to love it. The Bay is one of the best found footage films ever made (which, admittedly, is a small category). Although nothing could compare to [REC], it's up there in my esteem with the likes of Cloverfield and the Paranormal Activity movies with the sense of bringing something new to the table. This eco-horror film was chilling and made by professionals, something which overcomes its flaws. 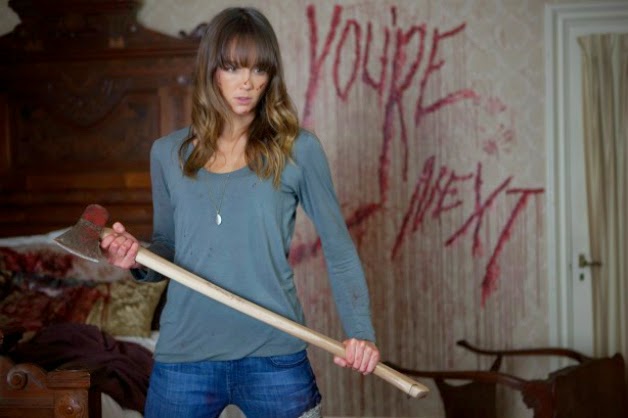 I think I've said just about as much as I need to about You're Next, what with ranking it my Number One movie of 2013 and writing an additional article after my initial review. But it's still worth mentioning in case anybody hasn't picked up on the hint. Go see You're Next. It's funny, it's gross, and it's got a badass Australian leading lady. My kinda movie. 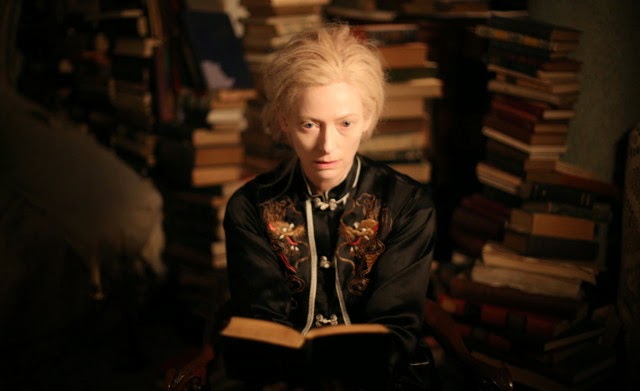 Only Lovers Left Alive didn't blow me away upon first watching it, but it's been settling into my brain and aging like a fine wine. Another horror release could come along this year and totally blow it out of the water, but for the moment its the top. A sophisticated look at an immortal couple, nothing happens in this movie, but it doesn't happen oh so well.

So there you have it! Feel free to leave me birthday comments below! Or send me money. I'm not picky.
Word Count: 1800
Also sprach Brennan at 10:49 AM