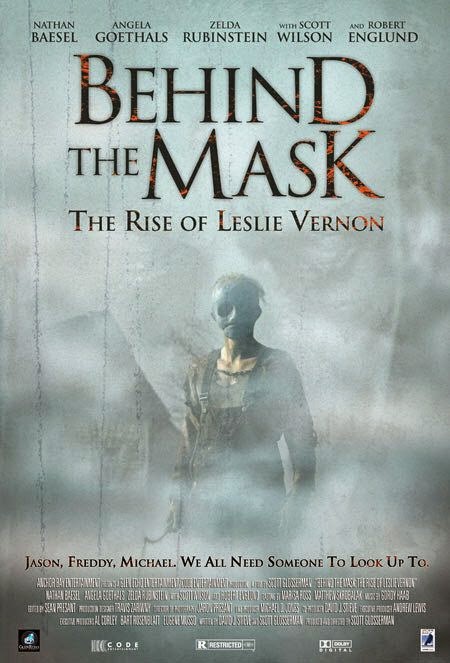 Scream changed everything. For better or for worse, Craven's teen horror masterpiece revitalized slashers with a postmodern spin. But droll self-awareness and a jokey attitude began to choke out the genre. That kind of tone-hopping is best left to the masters and the inept handling of its knockoffs meant that the horror of the late 90's began to wane once more until the emergence of The Blair Witch Project in 1999. 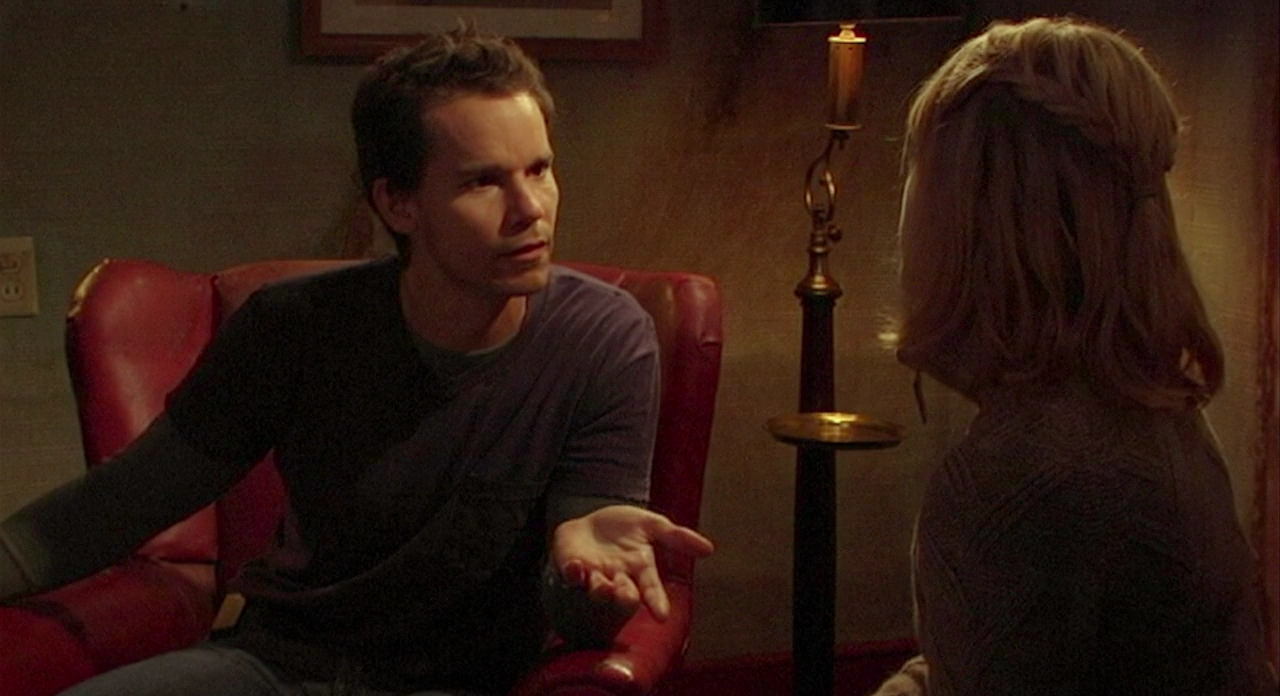 And, seemingly, the face of Spencer from iCarly.

Behind the Mask is a found footage movie like you've never seen it before, comprised of documentary footage shot by a grad student crew led by go-getting Taylor Gentry (Angela Goethals). Their subject is one Leslie Vernon (Nathan Baesel - who has since moved from behind the mask to behind the camera as an editor on Storage Wars), an aspiring slasher villain.

You see, this is a world in which the cinema of the 80's has come to life. Freddy, Michael, and Jason are all real killers, notorious across the country. Their brand of terror has inspired new killers to take up their mantle, providing the evil backdrop against which the good of the world can be measured, all through routinely slicing up groups of teens in remote areas.

It's a tough concept to wrap your head around with merely a two-paragraph summary, but this conceit drives the entire movie and is the element which elevates Behind the Mask to neo-classic status. Any old movie could make some jokes about its generic elements, but only writer/director Scott Glosserman has been creative and intelligent enough to take that one step further, giving us a glimpse into the behind-the-scenes of the life of their killer as he prepares to stalk his virginal victim, curates spooky legends around himself, and explores the phallic and yonic imagery of his murder spree. 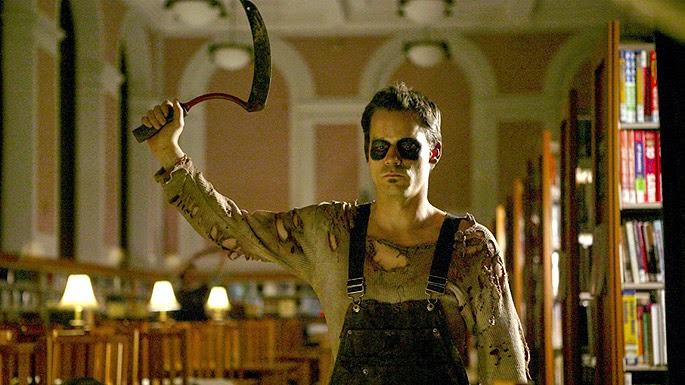 Carol J. Clover would be proud.

So not only does Behind the Mask bring a sense of winking familiarity with the genre, it applies a knowledgable analysis to its satire. It also beefs up the limitations of the found footage genre in a huge way, interspersing the documentary footage with staged footage of the "movie" Leslie Vernon is creating when he stalks and kills his victims.

It is so elegant and shrewd that the seams in the film's reality are only visible to the grumpiest of viewers. They are certainly present (compounded with an unfortunate use of the phrase "survivor girl" in lieu of the widely acknowledged "Final Girl"), but by that point the film has any audience member worth their horror salt wrapped firmly around its finger.

This is largely thanks to its marvelously unique approach to the genre, but it also helps that the movie is chock full of genre references both brazen (Freddy, Michael, and Jason are nigh on mythic figures in this universe) and subtle (name-dropping the producer of Friday the 13th among others that I won't spoil here). The references don't hit with the sledgehammer efficacy of a Williamson script, allowing the horror-inclined viewer to approach them in a more organic and rewarding way.

And the cameos are top notch including Robert Englund as a Dr. Sam Loomis type character, Poltergeist's Zelda Rubinstein as a librarian, and Kane Hodder in a blink-and-miss-it appearance at the real Nightmare on Elm Street house. 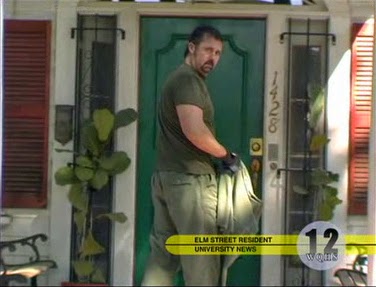 Behind the Mask gets far with its premise, although its budget proves to be a liability in the performance department. Most of the teen actors are almost unwatchably bad. Honestly, I don't even care if this was intentional. When not just one, but all of your teen actors are bad enough to the point that I, the man who is in the process of watching every 1980's slasher film known to man, woman, and turtle, take notice, something has gone very wrong.

And the criminal lack of funding renders even the goriest kills a little tame, augmented by some truly troublesome digital effects. But the fact remains that, although these flaws would send a lesser film six feet under, Behind the Mask has such a strong conceit that it hardly amounts to a scratch. 'Tis but a flesh wound, I suppose.

And Nathan Baesel is such a revelation, it would take an entire army of community theater enthusiasts to take the bite out of his performance. He truly gets the script, bringing a warm humanity to the role that jars the audience, sending the humor skyrocketing.

Behind the Mask is a slow burn, and a subtle one at that, so I wouldn't advise breaking it out at your next slumber party, but I would unhesitatingly recommend it to anyone who deems themselves as a true fan of horror.

TL;DR: Behind the Mask: The Rise of Leslie Vernon is wicked clever, an inspiring satire of the slasher genre.
Rating: 8/10