Tears For Fears: Don't Cry Because It's Over 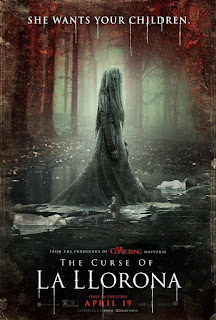 So it's all come to this. My marathon of Llorona movies started at the literal inception of Mexican horror in 1933 and wound its way through the decades, past luchadors and cabin-in-the-woods slashers and bad modernizations and even animation to find its way to this very moment. I never expected the 2019 Conjuring-verse production of The Curse of La Llorona to be very good, I was just using it as an excuse to explore a cobwebby corner of horror I was interested in and knew almost nothing about. 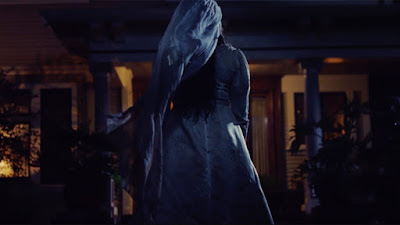 It's a good thing too, because otherwise ending here would be a huge letdown.

So here we are. It's 1973, and child protective services worker Anna Tate-Garcia (Linda Cardellini) encounters a case where a woman named Patricia (Patricia Velasquez) has locked her children in a closet. When she removes the children from her care, they are found drowned in the river the very next night. It turns out she locked them in said closet to protect them from La Llorona (Marisol Ramirez), an ancient Mexican folk legend who turns out to be very very real, and she's dressed like Cady Heron's ex-wife costume from Mean Girls.

Anna's own kids (Roman Christou and Jaynee-Lynne Kinchen) begin to be tormented by the spirit, and she must seek the help of Rafael (Raymond Cruz) a lapsed priest turned curandero, to save them before it's too late. 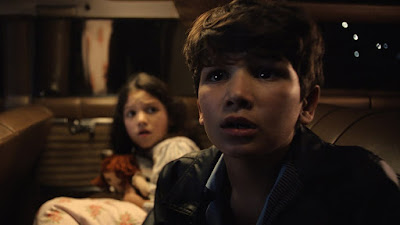 Though Lord knows why she wants to keep these bland ass children around, especially when they don't know better than to NOT follow La Llorona's trail of creepy evil breadcrumbs right the hell up to the swimming pool.

Let's make one thing clear. For as many virtues as this movie has (and frankly, there's not many), it utterly, completely fails to make any sense of the extremely simple Llorona legend. By forcing her into the framework and formulaic scares of a Conjuring style movie, they obliterate any personality she has as they ruthlessly continue to pile rule after rule upon her that they're clearly making up as they go along.

For one thing, she's not an entity that actively seeks out victims and marks them with her very very hot burny hands (my absolute favorite of these idiotic developments). She's not weak against the trees that were next to her when she drowned her children (just like I'm not allergic to the tiles in the bathroom, the place where I have committed my greatest sins). She's not a demon who needs to be exorcised by someone who cherry-picks cool looking elements of Mexican brujeria but is still just totally a Catholic exorcist in function if not in name. She's a ghost who lives down by the river and drowns your kids. It's not hard! It might not be super narratively satisfying, but let's just do that story once, for the love of God! 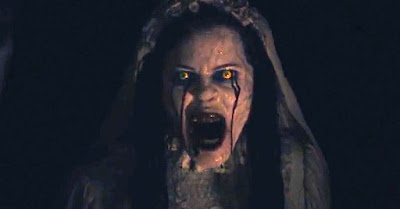 I may have finally snapped, it turns out.

The Curse of La Llorona doesn't leave quite as bad a taste in the mouth as the previous franchise entry The Nun, but where that movie was powerfully stupid, this one is more just generic and bland. I know I'm not the most excellent barometer for this kind of thing considering how many of these I watch, but I was scared by this movie not one single time. James Wan may have perfected the formula for the perfect jump scare in the Conjuring movies, but his army of acolytes that make these spinoff ones are patchy at best. While Wan can pump his formula full of atmosphere and dread, here you can practically hear the director counting the beats offscreen. "One, two, three, and... spooky lady!"

The lack of real scares makes it even harder to buy the already weak premise of this movie. Ghost movies tend to have problems with the "rules" of how everything works, but this one is almost deliriously inconsistent with how corporeal La Llorona is. She seems to be deterred by a locked door in one scene, when mere moments before she floated right through a solid wall. If I was being scared and caught up in the moment, maybe I wouldn't notice. But I did, and now I'm pulling at these threads and my whole sweater is destroyed.

At the very least, this film is saved by a largely excellent cast. Raymond Cruz is chewing up the scenery like a woodchipper on full blast, and while he'll hardly be as iconically weird as someone like Zelda Rubinstein in Poltergeist, he's got a very strange energy going on that is quite compelling. And bless her heart, Linda Cardellini is throwing her all into this film. Her throaty roar of fear as she works desperately to protect her children is bone-chilling, and you buy every second of it. It sucks that the stuff she's screaming at is such fatuous bullshit, but that's certainly no fault of hers.

But there's a lot of people whose fault it is, and I'm questioning why they decided to make a movie about La Llorona in the first place, considering they clearly don't know who she is.