Reviewing Jane: I Am Half Agony, Half Hope 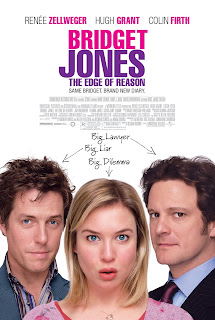 As you may remember, the original Bridget Jones's Diary was ostensibly based on Pride and Prejudice, a connection I found dubious considering that naming a character Darcy doesn't mean you've read Jane Austen. But three years later came Bridget Jones: The Edge of Reason, which was even more ostensibly based on Austen's final novel Persuasion. Time to repeat the refrain. Having a couple get back together after a period of time doesn't. mean. you've. read. Jane! Freaking! Austen! 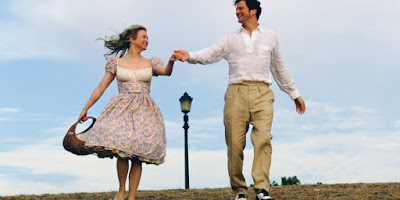 But people aren't exactly out here adapting Persuasion left and right, so we take what we get with this one.

So the film opens on Bridget Jones (Renée Zellweger) happily in love with Mark Darcy (Colin Firth), but because she is an insecure mess who's incapable of holding a cogent thought in her head for more than two seconds without going ballistic or falling into a mud puddle, of course this goes terribly wrong. It would appear that Mark is having an affair with his secretary Rebecca (Jacinda Barrett), and her anger is fueled by the fact that she expected a proposal that never happened (six weeks into this relationship, mind you) so she dumps him and throws herself into work, a travel show that brings her into close context with her misogynistic ex-boss/ex-lover Daniel (Hugh Grant). 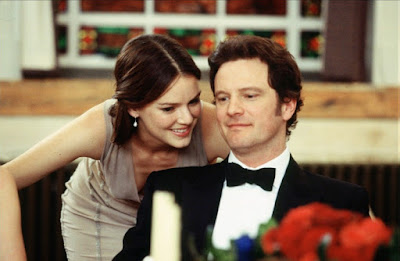 Is it clear I didn't like this movie? If not, allow me to highlight my point further. A lot of the problems inherent to the original Bridget Jones are alive and well here, to the point that the rigorously anti-funny opening scene is repeated beat by exhausting beat. Come to think of it, the clumsy third act climactic fight between Grant and Firth is also repeated in full.

And do we get another scoop of terrible gay jokes dumped on top of the script? You betcha! And this time we're taking down history's iconic artist Michelangelo by calling him a "poof," because it's fun when you slur titanic cultural figures and reduce them to their sexuality, something which would have been highly dangerous to openly exhibit at the time yaaaaaaay! Oh, and how could we not be racist to huge swaths of the Asian population and use an entire foreign country and its people as a prop to further along a white woman's romantic journey?

Oh and you know we're not going to be able to escape the gags about the beautiful Zellweger being a fat pig who deserves to be mocked by everyone in her life and the public at large! For a movie squarely intended to land in the "chick flick" category, Bridget Jones sure just hates women. It's exhausting! 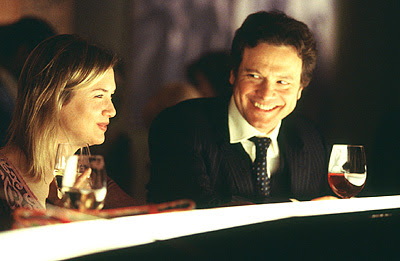 Good thing Colin Firth has almost exclusively played gay from this point on, because this just isn't working for him.

The sad thing is, this is actually a major improvement over the first film all things considered. Director Beeban Kidron (who also made the terrific To Wong Foo Thanks for Everything, Julie Newmar) actually knows how to shoot a movie, and the rich fantasy life that Bridget leads actually is incorporated into the visual schema in ways the original movie only sporadically attempted to. Her thoughts take the form of text and images inlaid onto the screen or transposed onto signs and buildings in real life, and it creates a lush bedrock of imagery upon which this crap sandwich is plated.

Also a plus, Hugh Grant is barely in this movie. I have nothing against the man himself, but his character is such a toxic despicable presence that his reduced screentime also slashes the proportion of this movie's most severely hateful and outdated humor.

This absolutely isn't a movie I'd recommend. To anyone. But if somehow you have a stomach of steel and enjoyed the original film, this one will give you more of the same, but with a little more focus and intentionality, and I guess that might be a good thing.