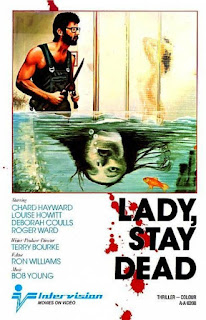 If Australian filmmaking is kind of like the eager younger brother of Hollywood, full of loony ideas but without the same level of means to achieve them (not that that stopped The Road Warrior from blowing every film ever made right out of the water), Australian horror is Hollywood’s deranged cousin who pins cats to his dartboard. I love me some Aussie shockers, from the modern classic The Babadook to the underrated backwoods satire 100 Bloody Acres, and the country’s contributions to the slasher genre re particularly interesting.

So far we’ve visited the psychosexual vista of the stagebound slasher Nightmares, the rural charms of the sci-fi tinged Strange Behavior, and the superb roadside thriller machinations of Road Games, so I was certainly excited to see what the idiosyncratically titled Lady Stay Dead had to offer. As it turns out, Australian slashers in the early 80’s also had some grindhouse grime to shake off before they got to the good stuff. However, Lady Stay Dead may be a milquetoast bucket of sleaze, but there’s still something interesting lurking in the background. 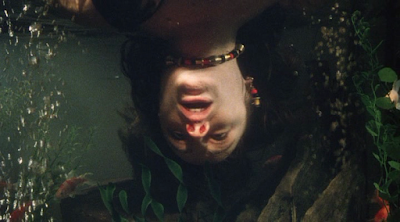 In Lady Stay Dead, Gordon Mason (Chard Hayward) is a man with such vice they named him twice. He’s the handyman for successful singer/actress Marie Coleby (Deborah Coulls). She’s a stuck-up diva who treats him like dirt, but that doesn’t stop his sick obsession that eventually leads him to rape and murder her. His day gets even worse when Marie’s sister Jenny Nolan (Louise Howitt) arrives for a weekend visit at the starlet’s beachside villa. After an unsuccessful attempt to hide his crimes, he traps Jenny inside the house, preparing for another square meal of murder. 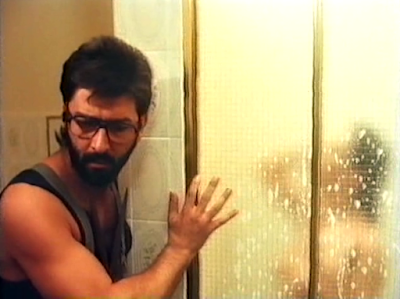 Part of a mentally imbalanced breakfast.

Before I say anything remotely nice about the film (and any nice comments will certainly be remote), I want to make it clear that this is a rape-murder slasher, the most abhorrent incarnation of the subgenre. There’s only one rape scene, but it’s pretty discomfiting, although the real brutality lies in its extravagantly poor staging. Luckily, the awful, blunt editing and dubious composition of the scene tempers the blow of its violent misogyny, but this is not a movie you want to go into unprepared.

The greatest triumph of Lady Stay Dead is that it can never keep track of its genre for more than like twenty minutes, so before long it shifts away from gruesome grindhouse to a psychological thriller, then home invasion, then – for some reason – wacky police action thriller.

Lead actor Chad Hayward handles these abrupt transitions with the deftness of a concrete butterfly. Although he fitfully improves as the film goes on and adopts a less gritty tone that’s more open to his wanly camp stylings, he already tanked his performance around the five minute mark when he first opened his mouth, so it’s not like he could have gotten any worse. When we’re forced to spend alone time with him, which occurs most often in the first act, Lady Stay Dead is nothing but a monotonous smear underscored by bleating Lifetime romantic thriller music. 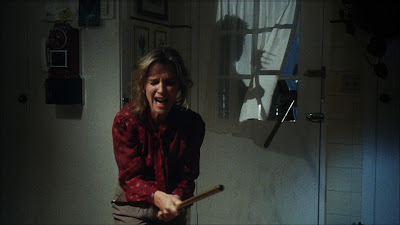 Talk about making a good first impression, am I right?

However, once the home invasion element kicks in, Lady Stay Dead has a secret weapon up its sleeve. It’s more of a butter knife than a machete, but it’s a weapon nonetheless. Jenny Nolan, who has been singularly unprepossessing up to this point, suddenly morphs into a frustratingly awesome Final Girl extraordinaire. Much like Jennifer Holmes in The Demon before her, she gives a survival effort so stupendous, it’s actively infuriating because now you have a reason to consider rewatching this dreadful movie. She just goes to town on Mason, wailing on him with a metal rod she rips out of the fireplace, scalding him with boiling water, and even dragging his own rake into his chest in a bloody tug of war.

Her Xena phase doesn’t last long, because – this being one o’ them violence against women pictures – we can’t have anything like empowerment sneaking up on us. But before she turns into a blubbering pile of hormones and hands the reins to a male cop who can wield his penis to save the day, she puts up a hell of a fight. This genuinely enjoyable fifteen minutes then folds into a bonkers finale that delights in its own ineptitude, which is equally enthralling in its lunatic ambition I shall avoid spoiling the manifold splendors of this sequence, because its unexpectedness is the only thing that makes it worthwhile, but let’s just say “Keystone Cops meets Scarface” isn’t a wholly inaccurate description.

Honestly, a good 45 minutes of Lady Stay Dead is passable to excellent trash entertainment, but it’s impossible to overcome that initial slump. Especially when that slump is such a dozy, vulgar mess in which the scariest moment is a smash cut to a kettle whistling.

Lady Stay Dead strains to capture the fading echoes of Halloween’s success, forcing its killer into endless visual quotations of the iconic Michael Myers, but no dice. I’m sorry, but “whistling dude” doesn’t carry the same impact and weight as “faceless scion of pure evil.” The film is fun enough to bear but haggard enough that you’re ashamed of liking anything in it. It’s a match made in Hell, which is pretty much where Lady Stay Dead belongs. Let it stay dead, because there’s no need to dig this one up for your next movie night.

Killer: Gordon Mason (Chard Hayward)
Final Girl: Jenny Nolan (Louise Howitt)
Best Kill: After Officer Clyde’s partner is shot in the back but miraculously survives, a Molotov cocktail accidentally rolls down the lawn toward him, lighting him on fire.
Sign of the Times: When Gordon drowns Marie, like 60 pounds of costume jewelry sink to the bottom of the fish tank.
Scariest Moment: The trash bag holding Marie’s body splits open of its own accord.
Weirdest Moment: The same Molotov cocktail that kills the cop also sets a boat on fire, sending off sparks that are very clearly colored fireworks.
Champion Dialogue: Drown, ya animal! Drown!”
Body Count: 6