When I was coming up with ideas for celebrating Women in Horror Month, my mind kept wandering to the 80's, because that's just how I'm wired. I guess I was born with a legwarmer in my mouth. Anyway, when one thinks specifically of women in 80's horror, it's hard to see past the Mount Everest of teased hair and shoulder pads, so I decided to pay tribute to some of the most indelible fashions of the decade, as presented on the catwalk of horror (I call dibs on that movie name). 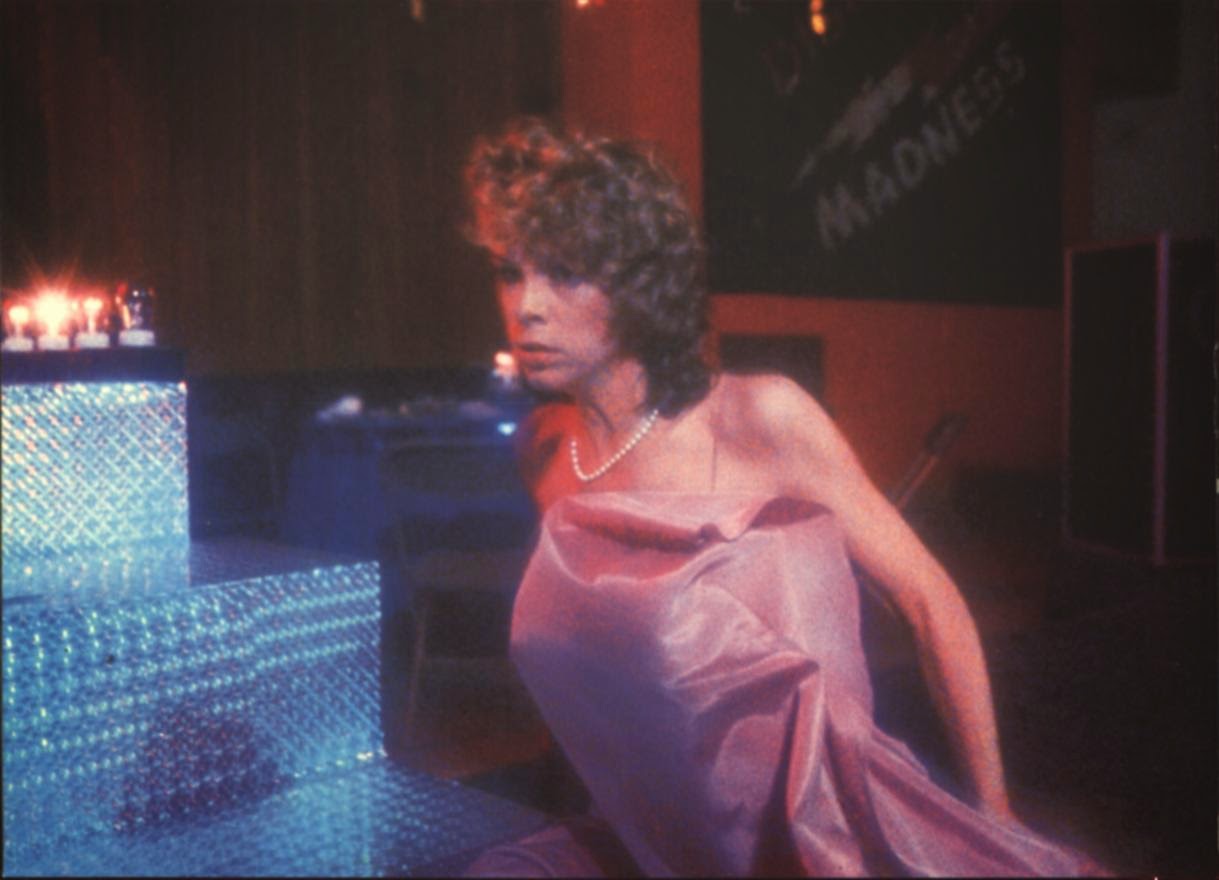 OK, this outfit isn't truly special until you see it in motion during a three minute disco sequence crammed into the middle of a pretty run-of-the-mill slasher film. But Jamie Lee's ringlets combined with the ineffable puffiness of that Pepto pink dress keep legions of fans coming back to Prom Night, a dull film which really should be overshadowed by its brain-dead, endlessly bizarre sequels. Splatter University is low on this list - as it should be on any list - because it's too low-fi to actually afford any provocative (read: non-beige) costumes. But Denise's spiked fingerless gloves and fire engine red hair that threatens to engulf her entire head like the creature from The Blob form an irresistible axis of evil.

#8 Debbie (A Nightmare on Elm Street 4: The Dream Master) 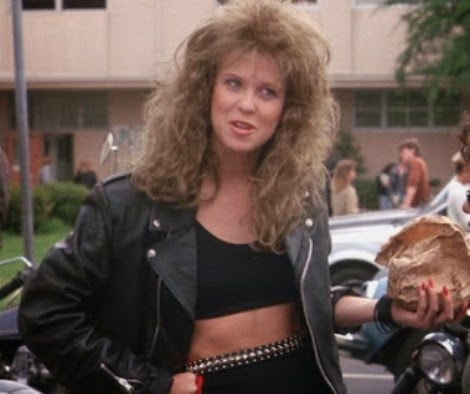 Among all the high school stereotypes presented in this film (jock, nerd, outsider, etc.), Debbie's is the only label that could only have existed in 1988: Workout Queen. Although she's only shown lifting weights (good for her, though - bustin' gender barriers), you just know she spends every weekend sweatin' it to the oldies in her headband and aerobic sneakers. Add in the nails and that chained belt and you've got yourself a recipe for instant success. 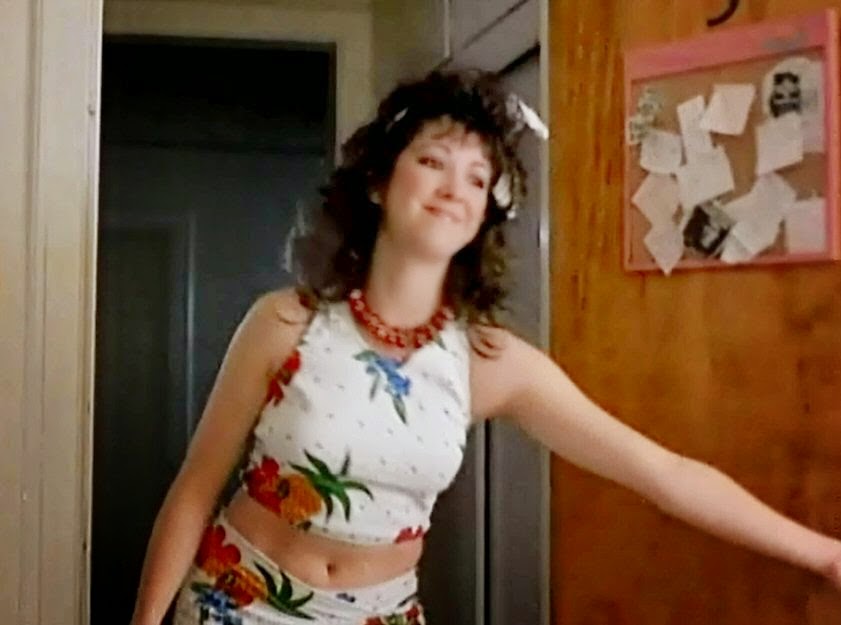 The unequivocal best scene in Sorority House Massacre is when the sorority girls try on their rich friend's clothes, resulting in an endless montage of the girls wearing different-colored baggy pantsuits. But even the gauzy garishness of that scene is outmatched by Sara's midriff-revealing fruitsplosion, which makes her look more like a Fantasy Island desk clerk than an actual human university student. 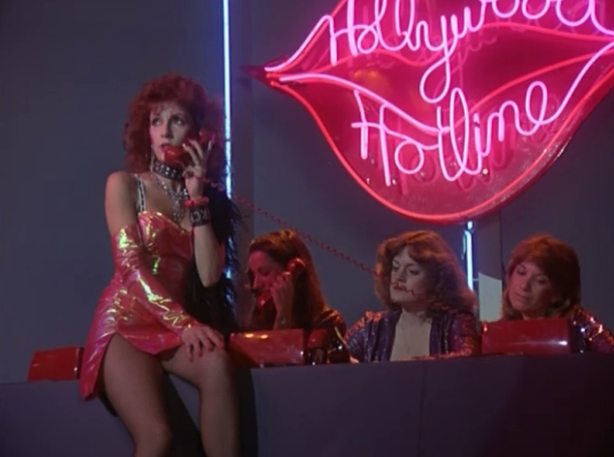 As any aging music host knows, it's tough to keep up with the shifting trends of youth culture. But for Blaze - wife, mother, and patron saint of crappy New Wave rock - it's as easy as slipping into her hot pink aluminum foil minidress and accompanying choker. 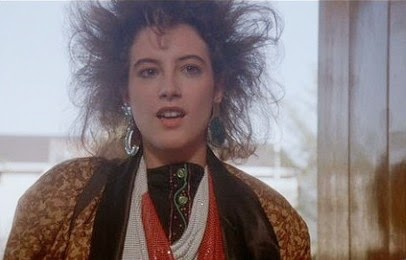 I told you Prom Night is always gonna be inevitably overshadowed by its much weirder sequels. Jess is living proof of just how far fashion had gone down the rabbit hole in the seven years since the beginning of the decade. Her mismatched astrological earrings fit exactly imperfectly with each carefully clashing layer upon layer of endless cloth that drapes her trembling frame. I'm surprised her bones don't just snap under the weight, but I have a sneaking suspicion that her hair is aerodynamically designed to prevent her from falling over. 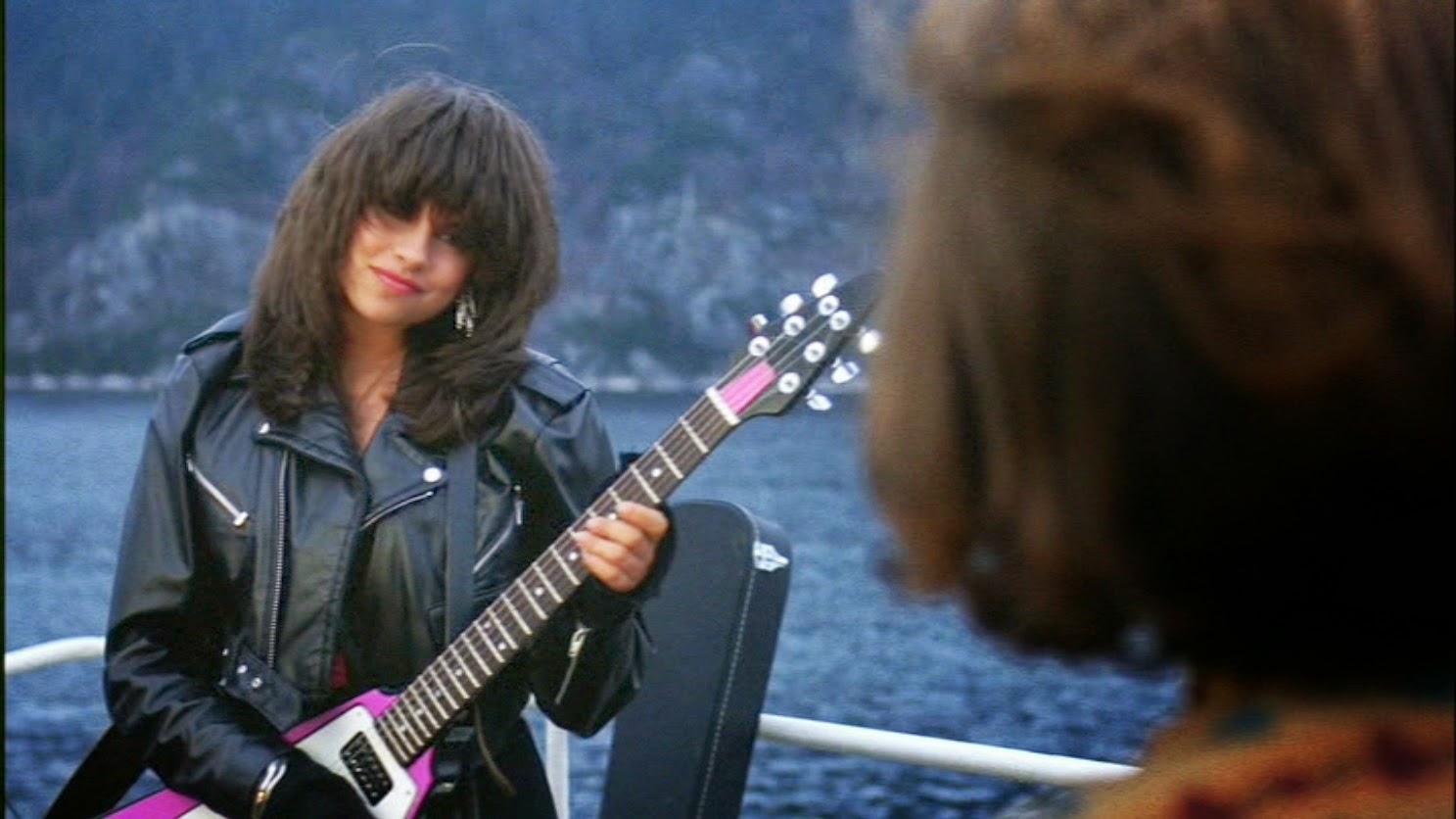 She almost made it. Poor J. J. almost escaped the decade before Jason's resurrection dragged her and her bubblegum guitar and her patent leather jacket and her broom bristle Joan Jett bangs out into the open ocean... and certain doom. 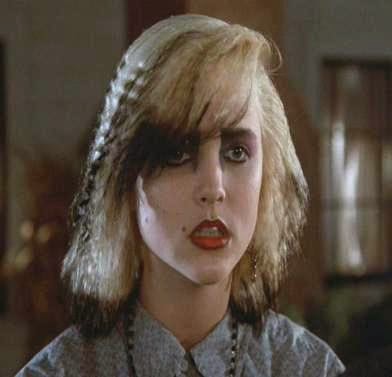 For a movie supposedly set a full decade after the mid-80's set Final Chapter, A New Beginning doesn't do much in the way of makeup, hair, dancing, and music to even vaguely attempt to paw at futurism. Violet gets the worst of it, looking in every scene like she was just mugged by a Go-Go's video. Even her death is mired in 80's garbage - she dies doing the robot, for crying out loud! If you chug a New Coke before bed and sleep with a Rubik's Cube under your pillow, Violet is who you'll be dreaming about.

#2 Samantha (Night of the Comet) The Valley Girl Chic sweater wouldn't be too much of an imposition, but toss on those Cindy Crawford ringlets pulled so tight that she looks like a 40-year-old Target manager and you've got yourself a nuclear meltdown of a fashion disaster. We're gonna have to call in the EPA on this one. 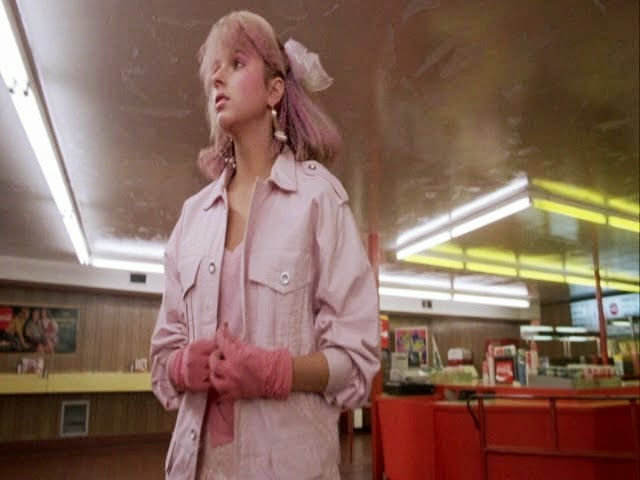 Even if you can forget the fact that she's at a drive-in, the most 80's thing about April is everything. I can't quite recall the details of this scene, but I'm more certain than anything I've ever known that she is wearing roller skates in the bottom half of this picture. The song may go "April, you're no fool," but whoever dressed her certainly is.


Thanks for hanging out during this year's Women in Horror Month extravaganza! Stay tuned for next year, where things are gonna get really crazy (In that I don't have school and can actually write more than one post every 94 days)!
Word Count: 914
Also sprach Brennan at 4:15 PM