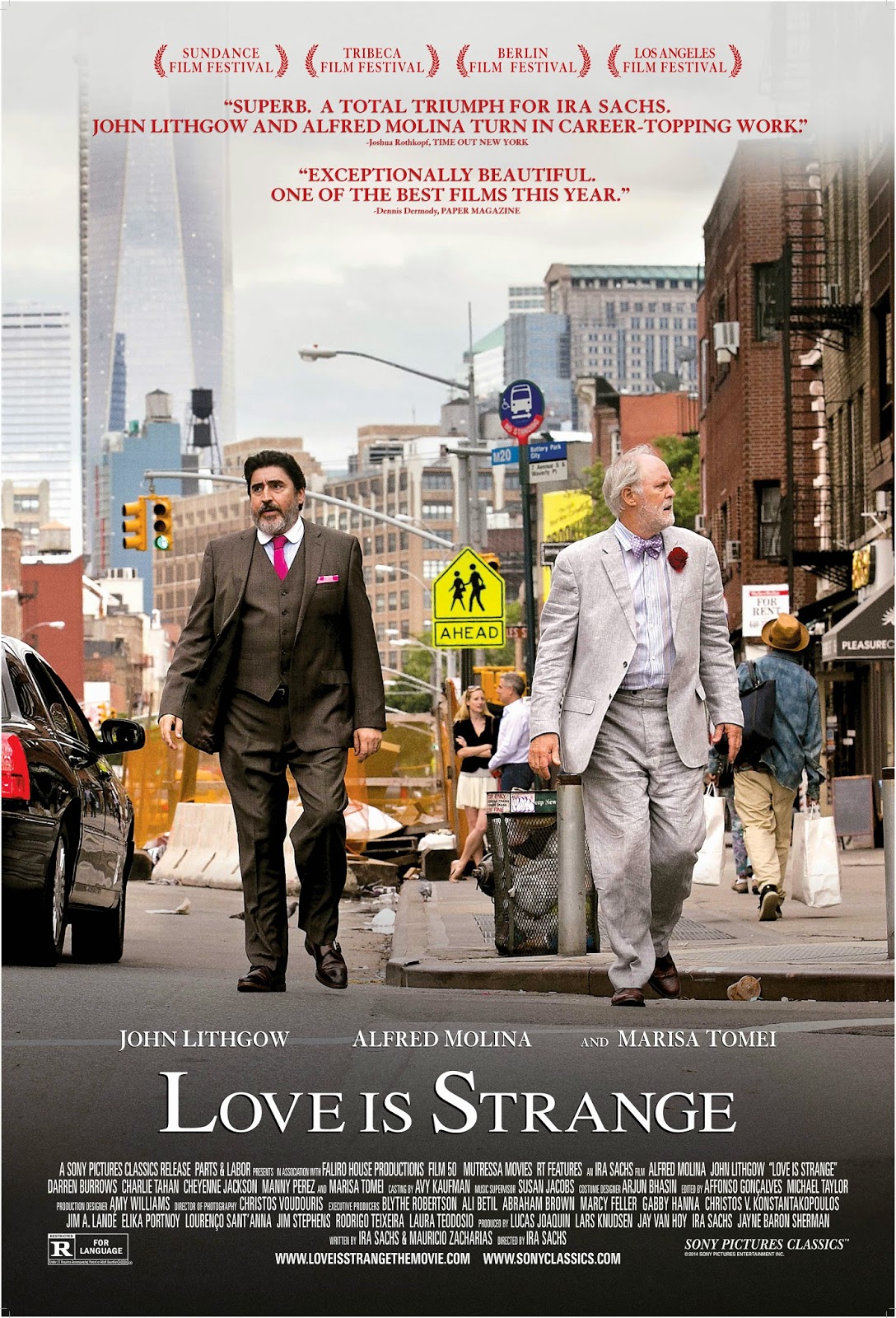 Queer cinema tends to be a rather bleak affair. Because of the dearth of LGBTQ-related stories, filmmakers tend to think that since they're already pushing the envelope, they may as well make a dreary message picture about AIDS or hate crimes or coming out. Films about gay individuals rarely explore their humanity, instead turning them into martyrs for some cause or another.

Love is Strange is not one of those films, and for that we must thank it. In and of itself, it's not a particularly terrific film, but for there to be a vibrant and varied tapestry of films regarding these topics, there have got to be some duds, just for spice. 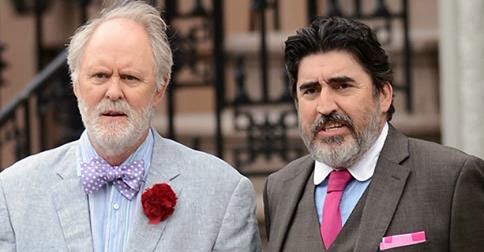 Speaking of duds, check out these slick getups.

Love Is Strange tells the story of two longtime lovers, Ben (John Lithgow) - a painter - and George (Alfred Molina) - a musician, detailing how their eventual marriage ruptures their lives from the outside. When George is fired from his position as the conductor for a Catholic school choir due to his wedding being perceived as a political statement, they can no longer afford their rent.

Against their wishes, the newlyweds are separated until they can find a new place. Ben is sent to live with his nephew Elliot (Darren E. Burrows), his wife Kate (Marisa Tomei), and their son Joey (Charlie Tahan). Their family dysfunction is not caused, but is certainly exacerbated by Joey being forced to share a bunk bed with his ancient relative as he blathers on endlessly while dripping memories from his head like a sieve. George shacks up with a relation of his own - young cop Roberto (Manny Perez) and his similarly be-copped boyfriend Ted (Cheyenne Jackson).

The film does everything it can with angles and composition to emphasize space - the tightness of living in a New York apartment with other people, especially uninvited houseguests, being key to the entire narrative. It accomplishes this clearly and with grace, but despite a functional visual style supporting the theme, mere cinematography can't be the Atlas carrying the world of a story on its shoulders. 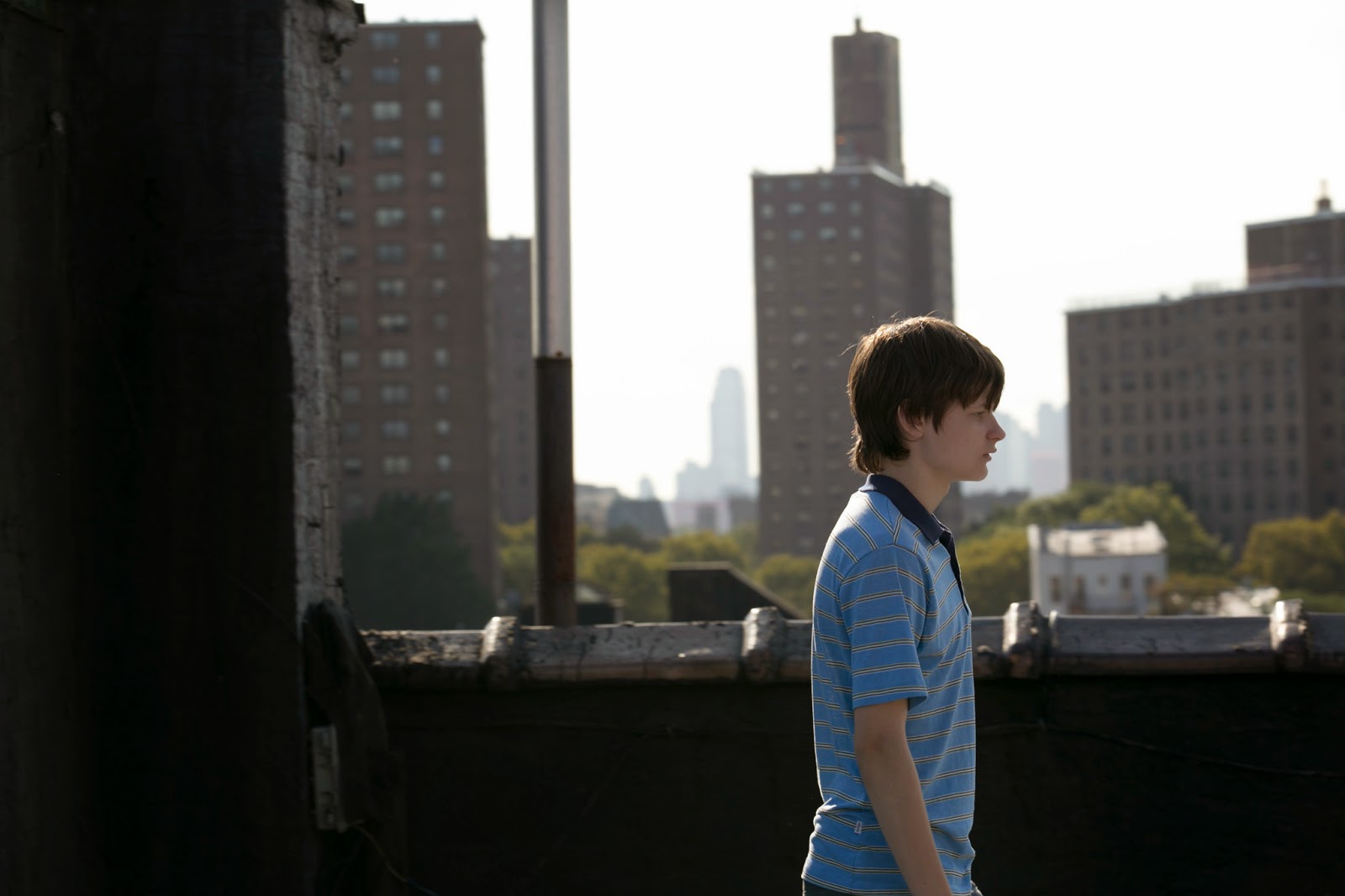 Much like Joey, cinematography could barely carry a grocery bag without breaking into a sweat.

Thankfully, Love Is Strange has four solid anchors. The two leads are uniformly terrific, displaying the craft they've honed for decades, and Marisa Tomei shines as the resolutely imperfect, arrogant housewife who struggles to fit her internal issues with her external perception of herself. Cheyenne Jackson likewise magnetizes the viewer, albeit in a much smaller, thankless role. But his easy performance brings a sense of naturalism to what could easily have become a stilted, overdone premise, especially considering that the dysfunctional family isn't exactly a shunned topic in the annals of indie cinema.

But in spite of all of this solid work, Love Is Strange is an unutterably messy narrative. Weeks slip by unnoticed between scenes and the central conflict of the second act of the film is so ludicrously inane that I was halfway convinced I was watching a heavily-veiled satire - SPOILERS [There are countless family meetings, arguments, and accusations about all the time Joey spends with his new, slightly older friend Vlad (Eric Tabach) alone in his room. Like any reasonable parents, Kate and Elliot are concerned that Joey and Vlad are... stealing library books. I'm really shocked the MPAA let this kind of scandalous material run by them unchecked.]


What begins as a sprawling dysfunctional family narrative quickly pares itself down to just the essential people and moments, yet most of the thematic, core material about love and perhaps strangeness occurs offscreen. Lithgow and Molina are by far the most seasoned and committed performers onscreen, but they are kept apart for far too long. Deprived of a dramatic foil, each character slowly dilutes until there's nothing left but a thin smear of color. An alarmingly ill-advised scene in the climax relies on an emotional intimacy with these characters that hasn't been present for a good thirty minutes, feeling for all the world like a high school production of Les Misérables - it's emotional and resonant in theory simply by displaying the thing that it displays, but any emotion evoked is absolutely not earned by qualities present in the work itself. 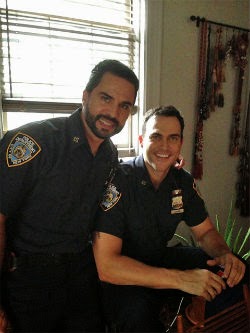 Unless those emotions are related to pretty men in cop uniforms.

And don't even get me started on the ending, by far the worst scene in the entire film, placing the entire crux of the narrative on the uneven shoulders of the clunkiest performer and quickly disintegrating any remaining goodwill with vapid, generic independent film imagery.

But Love Is Strange isn't exactly the scourge of the Earth despite its flaws. The performances are largely on point, there is some sparkle of wit in the humor, and it is perhaps the most effortlessly diverse film of 2014. It's always nice for a film to depict interracial relationships, especially in a New York setting considering that the city is a larger melting pot than the one at the Hershey factory.

But we've finally reached the point where multiple, varied, layered ethnic characters can be integrated into a storyline by the American media without the flop sweat of tokenism present in earlier decades, especially on TV shows like Friends and movies like all of them. In combination with the intelligent queer narrative that comes into play, it's like a diversity variety hour, and a pretty terrific example for what films should strive to look like in the future.

I'll be happy if I never see Love Is Strange again, but it's nice to see a movie prove that the world can be depicted as it really is - messy, diverse, angry, loving, loud, exciting, and even strange.

TL;DR: Love Is Strange is a massively sloppy narrative but remains reasonably enjoyable throughout.
Rating: 6/10

Should I Spend Money On This? I wouldn't. It'll end up on HBO Go sometimes probably. Click through it if you're binging, but don't set a date and bust out the popcorn.
Word Count: 1017
Also sprach Brennan at 12:29 PM