Tears For Fears: The City That Puts You To Sleep 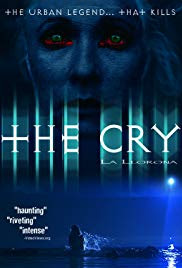 Now that we're in the 2000's, the media landscape has shifted considerably. The Internet made the lines between countries a little more porous, and the ease of digital filmmaking allowed more small productions to take place. Both of these factors probably contribute to the fact that we've been getting our first Llorona films that were actually shot in English rather than dubbed or subtitled. And The Cry, our topic for the day, seems to my knowledge to be the very first of any of these pictures to be created by an American. Maybe that's why it sucks, or maybe it's just because low budget digital filmmaking in the mid-2000's was for the most part a completely unchecked running tap of sewage. 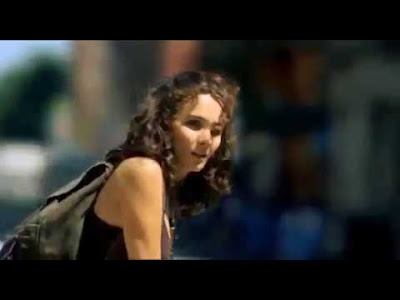 Brace yourselves for another handful of the only random screenshots I could find for this movie! Hooray 2007!

So, the plot, insofar as there is one. This film transposes the Llorona into modern New York City, as played by an endlessly recurring exterior of some random block as shot by a guerrilla cameraperson in the back seat of a moving car. There is a rash of child murders going on, where women kinda stare at the river for a bit then go off their progeny in a fit of Llorona-driven madness, which gives them eyes that are supposed to look tear-stained but mostly give the impression that they're fist-deep into an untreated bout of pinkeye.

Detective Scott (Christian Camargo) and his partner Detective Perez (Carlos Leon) are on the case, driving around town investigating all sorts of deadly incidents. Scott has a personal connection to this case (his son was murdered by his wife several years ago) so it's kind of driving him mad. That's generally how these things seem to go, alas. They refuse to believe La Llorona is responsible for a huge chunk of the running time, despite the frequent calls from psychic Maria (Adriana Domínguez), who keeps calling them to say she knows exactly what's happening. They steadfastly refuse to give her any attention, to the point that they literally don't meet one another in person until the final ten or fifteen minutes of the film.

Also she has a son, because if you're in a Llorona movie and you don't have children to be imperiled, what are you even doing here?

The most exciting thing about this movie is that it's the second in this marathon to have a female director. The first, 2004's Las Lloronas, was a triumph of taking a feminist approach to the material, but true equality means that women can fail just as hard as men. Director Bernadine Santistevan began her career in the world of venture capital and private equity, which you might conclude didn't quite afford her the skills necessary to bring together a horror production.

That said, after a lot more experience on sets, I'd like to see what she could come up with, because there is exactly one scene here that has a spark of zany joy that really speaks to me. I'm speaking of the sequence that reveals exactly how Scott's son came to shuffle off this mortal coil: [SPOILERS] He opens up a new jar of chocolate sauce instead of using the one that was already open, so his mom murdered the crap out of him, a reaction I'm sure most mothers can relate to [END SPOILERS]. There's also a pretty solid bit of black comedy involving a body that has been nibbled beyond recognition: "The good news is, the fish population is back!"

Beyond that unfortunately, we just get a lot of aimless meandering with a bunch of emotion conversations that circle around the point of the film endlessly. This is interspersed with too few, too tedious Llorona kill sequences, though we're at least treated to a spot of what I've dubbed "Llorona-vision." 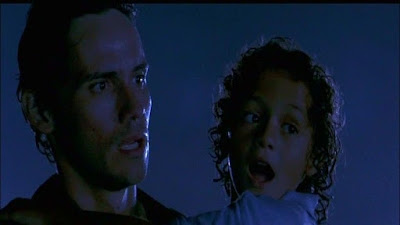 Do I have a screenshot of that? Of course not! But at least you can have the pleasure of looking upon how woefully underlit this movie was, on top of everything else.

It's inept at pretty much every level of filmmaking it's possible to be. The scare scenes lean on weird close-ups that are completely illegible, Scott's motivations are equally murky (the moment he finally comes across Maria he pulls a gun on her, as if they haven't been speaking to one another this whole time), and the Llorona never really shows up as anything more than an allegedly creepy whisper spouting stilted dialogue like "cry with meeeeeee..."

This movie also commits the sin of putting in a fake scare at the worst possible moment, destroying every ounce of character they've attempted to build up until now. While investigating at what I believe to be Central Park, or something the filmmakers desperately hope we will assume is Central Park, Perez jumps out at Scott. Right in the middle of an investigation that has nearly cracked him in half, and when they believe there might currently be a ticking clock over a young boy's head. It's unprofessional, it's uncouth, and even worse it's unbelievable. These aren't exactly searing portraits of American manhood to begin with, and when the movie itself is attempting to demolish every scrap of character credibility they've built up, it's an astonishing disappointment.

So that's about that with The Cry. It is the movie that most challenged my commitment to this project, even one as surprisingly rich with quality as it has been before this moment. It is an insufferable slog that fails to properly transplant the Llorona to America, fails to terrify, and even fails to engage on the slightest, most minuscule level.