Reviewing Jane: It Is Not Everyone Who Has Your Passion For Dead Leaves 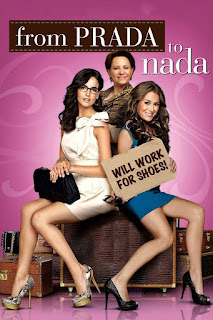 Lionsgate's Pantelion Films was created in 2010 with the mission to create and distribute Latino films to wider audiences in the U.S., a noble goal if there ever was one. Over the years, they have brought us films both good and bad, like this year's Manolo Caro remake Perfectos Desconocidos, last year's Overboard, Ken Marino's How to be a Latin Lover, the biopic Cantinflas, the animated film La leyenda de la Llorona (coming soon), and basically everything you'll see on the Spanish language shelf in Walmart.

Their arrival on the scene was heralded by From Prada to Nada, an update of Jane Austen's Sense and Sensibility set in modern East L.A. (there's nothing a budding production company loves more than a popular property in the public domain). It's both good and bad, so in terms of a debut it couldn't have been more appropriate. 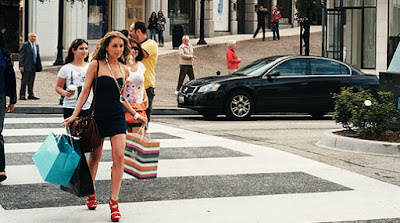 Also the opening is scored to Katy Perry's "California Gurls" to remind everybody just how 2010 it was.

The sisters going from riches to rags in this film are Nora (Camilla Belle) and Mary Dominguez (Alexa Vega). After their father passes away and their mansion is passed into the hands of their long-lost brother and his venal wife, they must move to a house in East L.A. Nora, the more capable of the two, is a law student and gets an entry-level job in the office run by their sister-in-law's brother (it's just as complicated to explain in the original Jane Austen, don't worry) Edward Ferris (Nicholas D'Agosto).

And while Mary chases the hot T.A. at her university, she is initially fearful of their thuggish neighbor Bruno (Wilmer Valderrama) but learns that he has a heart of gold. Can the buttoned-down Nora learn to embrace her feelings and vapid superficial Mary learn to approach the world with a little more good sense, both finding love in the process? Yeah, probably. 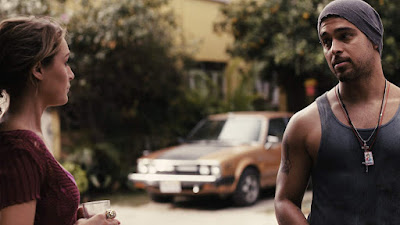 Also, when did Wilmer Valderrama get hot and why did nobody tell me?

OK, let's start with the good, shall we? As an update of the Austen material, From Prada to Nada does quite a fine job. Like Clueless and Bride & Prejudice, this movie finds a way to keep pretty much the exact same characters and plot structures, but completely translate them into a new culture and apply modern context that revitalizes the concerns and dramas of the text that might seem trivial or outdated in this century.

Every Jane Austen novel is about class either explicitly or implicitly, but Sense and Sensibility is especially ripe for reinterpretation around that theme. For one thing, there's the fish-out-of-water aspect, which modern comedy-goers still love. But by translating the Dashwoods' fall from grace into a modern Latino context, it gets to grapple with the divide between whites and Latinos, but also between Mexicans and Mexican-Americans (Mary, raised completely American, doesn't speak Spanish at all), also exploring how minorities in this country are too often forced to the poverty level by the structures in place.

There's a beautiful scene where Nora helps organize a class action lawsuit against an employer who is cheating their workers, where the Latino staff of many major firms come together, showing how much reach and power they have even though the higher-ups ignore the menial laborers they see as beneath them. This film is certainly no racial manifesto, but it's taking a hot-button American cultural issue and putting it front and center, showing us how little the class structures have really changed between Austen's time and now, they've just moved into a different area. 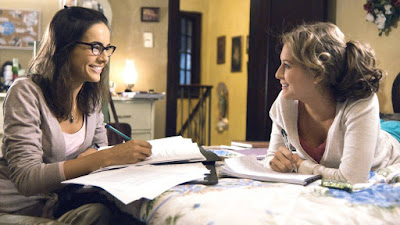 Yes, stay cheerful girls! The not-so-nice things I have to say are about to come tumbling out.

So... this is definitely a first-time film, both for the production company and the director, and it shows. There is a lot of shoddy work here, even in the script. As I mentioned, the central nugget of the plot is terrific, and I can't really fault the comedy which is generic but fine. But it loses itself a little too much in imitating Austen, with Nora's final romantic resolution making absolutely no sense in a modern context and a weird devotion to representing their dead father as a topiary bush for reasons I will always fail to understand.

There are bad filmmaking decisions here literally from the title card on down (there's a failed attempt at comedy in the drop of the title card, which hits right after their father's death and thuds against the sincerity and gravity of that moment). The lighting is flat (just like the acting), but in certain scenes especially at night you can't see anything, and the colors all bleed into a dreary wash of grey. And the physical comedy is terrible. There is a moment where Mary is supposed to fall out of bed, but set design made the bed too big and she has to roll a couple feet "in her sleep" in order to properly fall out. It's just so effortful, ditto Nora's big drunk scene.

And don't even get me started on the jaw-dropping number of needle drops we have of the classic song "Cielito Lindo." It's played in the intro, the closing, in between scenes, recontextualized as score, translated into a minor key, and just about everything one could possibly do to disguise the fact that they blew all their soundtrack budget on that one Katy Perry song.

So no, it doesn't land in the pantheon with the films I compared it to earlier. It wasn't an insufferable travesty like some films I could mention, but it doesn't do more than just exist in two dimensions for one hundred vaguely pleasant minutes.