At Least The House Was Terrific 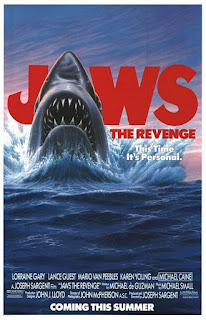 A scant four years after the previous entry, Jaws: The Revenge sank the floundering killer fish franchise for good. There’s been scarcely a blip on the radar since, even during the horror remake tsunami of the mid-2000’s. How could that be? How could one of the most iconic franchises in history, the franchise that more or less defined blockbuster cinema as we know it, be dead in the water just 12 years after it first dipped its toe in? Maybe the fourth and final film holds the key. 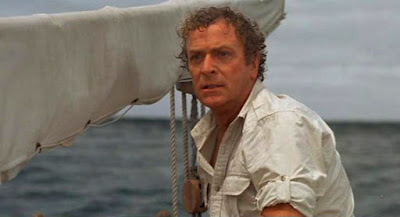 So, who are we even dealing with here? Franchise stalwarts Sean and Michael Brody reappear, though none of the six actors who have played those roles over the years saw fit to return (Mitchell Anderson fills the role of the former, Halloween II’s Lance Guest the latter). Roy Scheider says “the Devil himself” couldn’t have convinced him to return as Chief Brody, so he cameos as a portrait hanging up in the police station (businesses in the movie universe love to overly honor old employees who shouldn’t really be that important to them). That leaves us with… Lorraine Gary?

That’s right, Jaws: The Revenge more or less centers upon Gary’s Mrs. Brody, hammily suffering a bout of grief after her son Sean is tragically felled by Amity Island’s third Great White shark attack since 1975. Rent must be really affordable there or something. She takes refuge on an island in the Bahamas while her son Michael – looking the sexiest he’s ever looked, and yes that matters a lot – works as a marine biologist. While Mrs. Brody attempts to cope by caring for her daughter-in-law Carla (Karen Young) and granddaughter Thea (Judith Barsi) and tentatively falling in love with the intrepid airplane pilot Hoagie (Michael Caine, who famously took the role so he could buy a house and has never seen the movie), she fears that her family may still be in danger.

Meanwhile, Michael and his sassy coworker Jake (Mario Van Peebles) discover that a Great White is lurking in the tropical waters, seemingly with an eye toward devouring the Brodys out of some sort of vaguely defined “revenge.” Jake wants to study the shark, and Michael agrees - while hiding the fact from his family - because he is a supernaturally stupid human being. 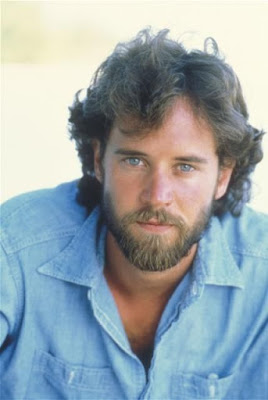 Jaws: The Revenge is the film out of the four that most resembles a stupid horror movie, and that’s actually a plus in my book. If the whole movie focused on Lorraine Gary sobbing behind a pair of elegant sunglasses and locking lips with a supremely disinterested Michael Caine, I would want to dump a bucket of chum over my head and hurl myself into the nearest ocean. But no, we gets lots of “sitting bolt upright in bed after a nightmare” sequences, jump scares involving eels, no fewer than two presumed dead characters miraculously appearing unharmed (at least, depending on which cut you’re watching), and a shark battling a plane. Jaws: The Revenge is totally cuckoo, and that’s its saving grace.

Because boy oh boy does it just not work as a movie. Michael Brody being a drooling idiot I can accept, because audiences have been watching that happen since 1978. But the rest of the plot relies on characters actively pushing against their survival instincts for absolutely no reason. Jake’s shark-studying mania rivals Mayor Vaughn’s for sheer gluttonous hubris, and Ellen Brody’s constant staring-off-into-space sessions are excellent for padding the film with flashbacks to earlier entries (all scenes where she patently was not present, mind you), but in no way reflect the actions of an actual human being.

And the effects! Every consecutive Jaws movie has had worse special effects than the previous entry, and they started off with a film whose effects were so dodgy that the behind-the-scenes struggles are household knowledge. It shouldn’t be that hard to top Jaws’ malfunctioning shark, but this entry’s Bruce the Fourth (which we see in exact, inch-by-inch detail far too often) looks like nothing more than a piece of carved foam which has clearly been dented by overuse floating listlessly through the water.

Though I guess I shouldn’t expect much from a film that can’t even pull off a “missing arm” gag. When Sean Brody’s appendage is devoured, his left side turns into an art installation of layered rain slicker material that more resembles a papier-mâché flower than actual gore. Also the sky in this one scene is literally a wall that’s painted grey. 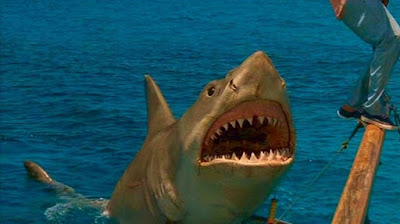 The shark attack sequences are also terrible, presenting muddled flashes of close-ups that completely lack any sort of style of coherent geography. Literally the only thing this film adds to the Jaws canon is these little splashes of water during the shark POV shots that bob up and down through the surf. Nevermind that the shark doesn’t swim with its eyes above the water, at least there’s a scrap of a sense that there’s a human being behind the camera.

So.. that’s that, I guess. Jaws: The Revenge is horribly conceived and executed in every possible way. Its thorough stupidity does lend it a kind of dopey charm that makes it completely bearable to sit through, but Lorraine Gary treats this like it’s Ellen Brody Gets Her Groove Back, and she couldn’t carry this pile of narrative rubble if she tried. Frankly, there’s no reason I can think of to watch any more after the original Jaws, and I’m not even especially keen on that one.

But then again… Jaws: The Revenge is technically a Christmas movie, so that’s fun (the opening shark attack takes place just before Christmas, and the Caribbean scenes take us through the local Boxing Day celebration of Junkanoo and the New Year. Also a side character’s birthday. Pretty much every holiday in the book gets name-checked at one point or another.). You can add that to your holiday season counterprogramming playlist right next to Die Hard and Kiss Kiss Bang Bang. And I honestly wouldn’t mind watching this again. It’s horrendously insipid, but I’d sooner rewatch it than Jaws 2 or Jaws 3-D. Which is something, I guess.