Reviewing Jane: Those Who Have Not More Must Be Satisfied With What They Have 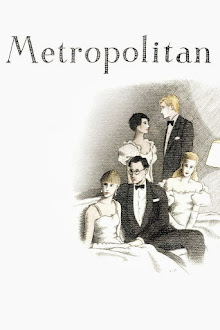 In the history of Jane Austen on film, there have been only two directors who have adapted her work twice. The first is hardly worth acknowledging, because it's David Winning who brought us the malodorous Hallmark adaptations Unleashing Mr. Darcy and Sense, Sensibility, and Snowmen. The second is certainly more interesting: Whit Stillman, who mounted the excellent novella adaptation Love & Friendship in 2015, originally made his debut upon the indie scene 25 years earlier with the extremely loose Mansfield Park adaptation Metropolitan. While it's easy to see his roots in his first feature film, let's see how he measures up against his future self, shall we? 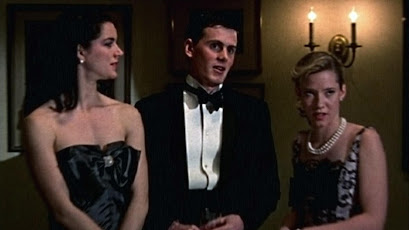 There's really not much plot to talk about in Metropolitan. It follows a group of preppy debutants in Manhattan through a series of parties and dances in the span of about a fortnight leading into and out of Christmas. It opens when poor but self-satisfied college student Tom Townshend (Edward Clements) is invited to a party and ingratiates himself among the upper crust, which includes his ex-girlfriend Serena (Ellia Thompson). Fellow prep Audrey (Carolyn Farina) clearly has the hots for him. At least, it's clear to everyone but Tom. 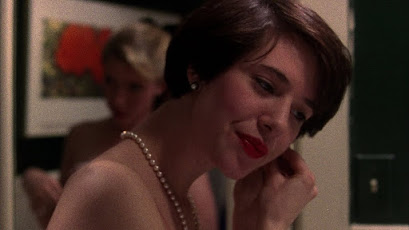 She will NOT have a good Christmas, my friends.

Metropolitan is one of the few modern Austen films to hit before the watershed year of 1995 that brought her back to pop culture like a roaring hurricane. So naturally it takes quite a different shape, one that surely influenced the similarly indie outing Ruby in Paradise, which is also so loose an adaptation that it requires characters to specifically discuss Jane Austen in order to draw any sort of parallel. It's a film singularly unconcerned with anything other than character, willing to dispense with plot in order to simmer in a light stew of minutely variable personalities.

To be fair, that probably is the closest connection the film has to Mansfield Park (other than a poor person hanging with annoying rich people). It wants to paint these characters with as fine a brush as possible, though the satire is a little less pointed and - let's face it - funny than it is in Austen's novel. I'm perfectly willing to concede that maybe I just wasn't in the mood or perhaps am not highbrow enough to appreciate what is going on here.

I can handle a film that's just conversations, but when it's just conversations and those conversations are only with people I find uniquely irritating that unspool unbated in every single scene, it's certainly more of a struggle. I get that we're not supposed to like these people. But the whole point of watching the movie is to unscrew their brains and see the way they idly toy with one another and snootily bloviate about intellectual topics they have no actual insight into before being batted about the tide of reality like a deflated beach ball. This last part is perfectly enjoyable to watch, but until then it's pretty excruciating. 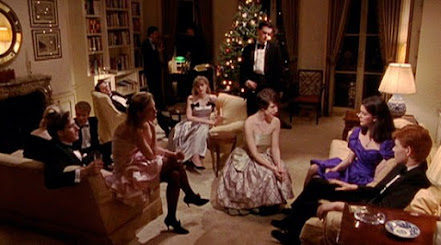 Notice how almost all of these screenshots look exactly the same.

I can see the DNA of Love & Friendship loud and clear, at least, especially in Stillman's facility with guiding actors through lengthy scenes of complicated, interlocking dialogue (it's certainly easier to watch in a period piece than a modern milieu). But with everything else, they required the sharpened instincts of a more veteran director. Metropolitan is flabby and tiresome, hitting its point too often and too hard without attempting to do much of anything else.

Or maybe what I'm most bothered by is its transparent interest in being an early Woody Allen movie, something that has somewhat lost its flavor in recent years (and decades) I daresay. I have a lot of baggage against this one, so if you need to place my non-recommendation into context, let's just say that it's not particularly interesting to any self-respecting Austen fan. Or even a self-hating Austen fan. There are certainly worse Austen movies out there, and those ones even have something to do with the novels!