Reviewing Jane: My Affections Are Unchanged 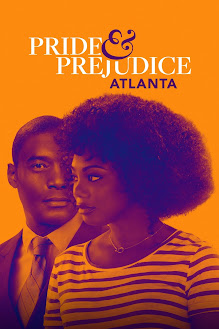 For obvious reasons (people don't like to read that many books), there have been more adaptations of Pride and Prejudice than any other Jane Austen novel. At the time of writing the very last feature length adaptation is Lifetime's Pride & Prejudice: Atlanta, so I can't wait to take a breather on this property until the Hallmark Channel begins its reign of terror once more. And it's always exciting when a modernization of the story translates the tale of Regency romance to a completely different milieu. On the spectrum of these adaptations, this all Black retelling is somewhere closer to the enjoyable Mormon one than the terrific Indian one, but they've all been a breath of fresh air. 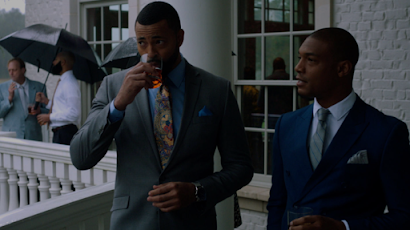 Pride & Prejudice: Atlanta is narrated by Mrs. Georgina Bennet because they got Jackée Harry to play her so they're gonna milk every last second they can get with her. Mrs. Bennet is the boisterous and marriage-obssessed wife of Reverend Bennet (Reginald VelJohnson, our other bit of TV stunt casting), with whom she has five daughters: the quiet and bookish Mary (Brittney Level), the gossipy Kitty (Alexia Bailey), the woman around town Lydia (Reginae Carter), the sweet and gentle Jane (Raney Branch), and the outspoken political activist Lizzie (Tiffany Hines).

Lizzie has a run-in with a wealthy New York politician who's returned to town to run for local congress, one Will Darcy (Juan Antonio). Even though Jane has immediately fallen in love with Darcy's friend Charles Bingley (Brad James), Darcy and Lizzie have their troubles ahead of them. 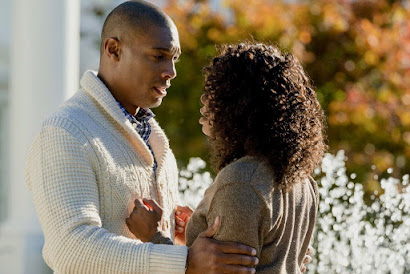 Will these two crazy kids ever make it work? Who could know!
At this point I'm kind of running out of fresh thoughts on Pride and Prejudice. The story has dozens of retellings over the last 200 years. And while it's incredibly distressing that we live in a society that - as far as I can tell - has never given even one of the lead roles to a Black person in all that time, it's still a pretty faithful adaptation storywise and thus doesn't have too much to offer beyond a cast that is full of 10/10 knockouts.
At first, it seems like Pride & Prejudice: Atlanta will at least be bringing the energy, with an excellent opening monologue by Jackée introducing the characters with title cards, including her daughters, Charles Bingley, and That Sister of His. And the early scenes where the family is all gathered together ring with excellent chemistry. Maybe this feels fresher because it has more Little Women-y vibes rather than Pride & Prejudice. Once the plot we all know and ostensibly love kicks in, things go from promising to generic in about sixty seconds. 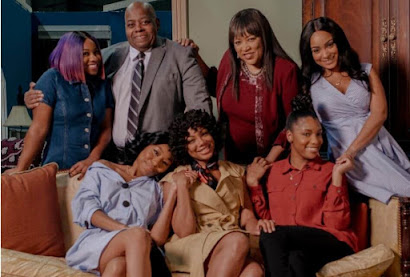 And look: Do I enjoy the book Pride and Prejudice? Of course! It's just that Lizzie and Darcy are not the end-all be-all of human romantic passion.

Unfortunately, despite the cast being super hot, the chemistry just isn't there especially between Lizzie and Darcy. Hines crafts an excellent character, with her love for her family and community bursting warmly from the screen and supporting her character's fervent political values (which include her neighborhood being "underpoliced," a line which the script certainly wouldn't have included if it was written even a couple months later), but the relationship between her and Darcy is underdeveloped as hell. The only hint we get that they might actually like each other is that we all know that's how Pride and Prejudice goes.
I think there is still plenty of juice left in Austen material if we actually spend time adapting into stories with people of color, but in order to push those over the edge, they certainly need to be free of the sheeny shiny prison of television movie standards and limitations. The Lifetime network is as a whole more interesting than Hallmark's aggressively bland cookie cutter material, but it still buffs even its worthiest material under the same identical coat of polish.

Also sprach Brennan at 9:51 AM