In which, while I'm still gearing up to begin reviewing current films in earnest, I release mini-reviews of some 2017 releases that aren't quite recent enough to meet my cutoff for getting the full review treatment, but still deserve a nod. 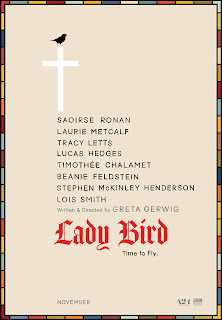 
In her senior year of high school, Lady Bird navigates her prickly relationship with her mother and a series of friendships and relationships as she comes of age and gets ready for college.

Given the Oscar buzz surrounding Lady Bird and the fact that it was being described as the female iteration of Boyhood, I was worried that the film would leave me a bit cold. Well, I'm here to report that I needn't have worried. Lady Bird is a frickin' delightful warm breeze of a film. It's especially relatable to me, because there's a large portion of the film dedicated to putting on a musical theater performance, something I dedicated a good 85% of my high school life too, but this film is genetically engineered to be relatable to as many people as humanly possible.

The central relationship of the film is between Lady Bird and her mother (played by Saoirse Ronan and Laurie Metcalf respectively), an effortlessly sharp evocation of the sharp edges and mercurial bonds between mothers and daughters, but every aspect of a teenager's developing friendships and loves is explored with a fine-toothed comb. Obviously nothing can beat Metcalf and Ronan (Metcalf especially delivers up a healthy platter of emotionally-laced barbs that cut to the bone), but every relationship in the film is a well-observed, matter-of-fact marvel, preserving in amber the vast spectrum of feelings that make up one's youth.

Like Boyhood, Lady Bird presents its story as more of a series of vignettes than an actual structured plot, but unlike Boyhood, it's damn funny while it's at it. I bark-laughed more than once in the theater, and the warm joviality of the film's tone makes it so that the dark moments are even more powerful, cast in sharp relief against the genial humor.

I'd say Greta Gerwig the writer is much more on the ball here than Greta Gerwig the director, who is content to bathe her terrific ensemble in desaturated, flatly presented frames, but that writing is whip-smart, capturing the lived-in reality of its setting and characters as if they've always existed, just waiting to be brought to life by her hand. Presumably on a vintage typewriter, because this is still Greta Gerwig we're talking about. 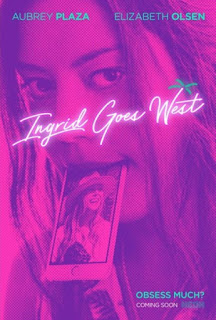 
Ingrid is an ex-mental patient who becomes obsessed with an Instagram lifestyle blogger, moving to Venice Beach to Single White Female her and ingratiate herself into her circle of friends.

If I didn't already have the CW show Crazy Ex-Girlfriend in my life, I'd think Ingrid Goes West was the work of a mad genius. And perhaps that's not fair to Ingrid, but that show handles how mental illness and obsession collide with the cold modern world in a way that wrings tears from me like a sopping wet rag. This movie doesn't quite reach that point, but what it does succeeds in its own, entirely unique way.

Taking the common inclination for Instagram stalking and ramping that up to its logical conclusion, Ingrid Goes West turns the psychologically dubious underbelly of social media into a twisted tale of terror. But as much as Ingrid's scheming is frightening and depressing, the fact that everything she does is instantly and completely relatable adds a startling layer of familiarity that is grotesquely juxtaposed with what could only be called a psychological thriller. It's a satirical indictment of the closed-off emotional world that social media creates, and it cuts deep.

Oh, and did I mention it's a comedy? It's not frequently laugh-out-loud hilarious, but Elizabeth Olsen is perfectly cast as the ne plus ultra of the perfectly primped Instagram hottie who lives her life out in a series of hashtags, misquoted authors, and superlatives. Then there's O'Shea Jackson Jr. (in only his second onscreen role), who breathes life into every scene he's in with an easygoing charm that allows you to forget that his character has literally one dimension and that dimension is that he loves Batman, which is maybe the most thoroughly boring character trait I could possibly imagine.

And Aubrey Plaza reaches emotional depths here that I never imagined her capable of, converting her usual deadpan personality from a sardonic sidekick role to a hollow shell for a totally empty personality. It's a shocking, sublime performance that interacts with the film's themes of identity formation and loneliness in a satisfying and visceral way. Sure, it's far from perfect, with a series of decisions in the third act that don't make a ton of sense or push the plot forward much - if at all - but as a showcase for these performers and the deeply felt central character arc, it's a tremendously satisfying bit of business. 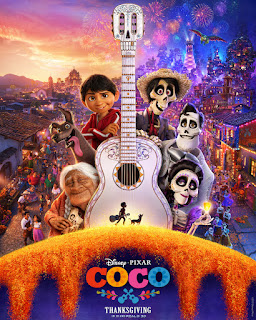 
On Día de Los Muertos, a young guitarist named Miguel rebels against his family, which has banned music for generations. He becomes trapped in the world of the dead, on a quest for a long-lost musician relative who can release him and approve of his love of music.

A lot of people have been saying Coco is a step down for Pixar, and they might not be totally wrong. The plot is entirely predictable from twenty minutes in, and it pulls much more from the Disney animated musical tradition than films like Up or Wall-E. But if you approach it as a Disney musical, then... Well, it's pretty superb.

Never forget for one minute that The Book of Life did more or less the same thing several years ago, a fact that I'm upset few people seem to have pointed out, but it's impossible to complain about getting multiple films based around the design and folklore of Día de los Muertos. And a mainstream American movie being so steeped in Mexican culture is almost unheard of. From the inclusion of a beautiful rendition of the folk song "La Llorona," to the appearances from many famous Mexican historical figures (including an extended cameo from Frida Kahlo, playing a hilariously exaggerated version of her personality that lovingly pokes fun at her favorite tropes and designs), Coco thoroughly pays homage to a non-American sphere, to the tune of becoming the highest grossing film in Mexican history.

But social issues aside, it's just a fun film to be around. It might not linger in the memory as long as Finding Nemo or even the short film Piper, but it's an emotional roller coaster with original songs that are much better than I would have expected from Pixar's decidedly un-musical crew (the most boring one, an inevitably Oscar-nominated musical theater standard called "Remember Me" that hits on the film's theme with the subtlety of  a jackhammer, was of course written by the Disney duo behind Frozen, and all the great ones that actually channel a distinct musical tradition were by co-director Adrian Molina and Germaine Franco - who also worked on The Book of Life, so she knows what she's doing).

Its depictions of the land of the dead are also pretty dang beautiful, an unnatural barrage of colors and lights and skeletal character designs that are enough to earn back the goodwill that the 22-minute short film Olaf's Frozen Adventure worked hard to obliterate. It's a tremendously satisfying film in its own right, even if its not totally unique or perfect. I'll be listening to the soundtrack for months to come, even if I don't feel the need to see the film again for a while.

The Mountain Between Us 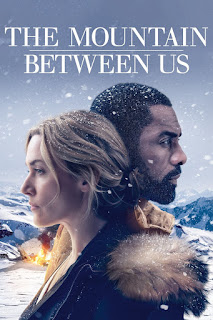 
When their charter plane crashes in the mountains, two strangers must fight for survival and just maaaaybe fall in love while they're doing it.

There's maybe nothing better than a soapy romance movie if you just want to have a good time in the theater, and The Mountain Between Us has all the ingredients of being a perfect good-bad romantic thriller. Who wouldn't want to watch a movie you could describe as "Alive meets An Affair to Remember"?

Unfortunately, once again the vengeful gods of boilerplate cinema have struck. Mountain is hovering somewhere exactly between good-bad and mediocre, which is the most boring place to be. It just doesn't commit to being much of anything. Whenever the movie threatens to briefly become The Revenant, every problem from a slip down a mountainside to nearly drowning in a frozen lake is solved in less screen time than it takes for Kate Winslet to take a pee.

But then the movie has the gall to very clearly end, then prattle on for a good fifteen more minutes, scraping up a thin gruel of drama from a pot that has long since been drained. There's nothing worse than a boring movie that overstays its welcome, and therefore I refuse to celebrate The Mountain Between Us as the second coming of B-movies, no matter how many mind-boggling unmotivated close-ups I get of Kate Winslet's watery eyes.