Welp. 2016 sucked. It was a year, wasn't it? We lost Alan Rickman, David Bowie, George Michael, Carrie Fisher, Debbie Reynolds, Prince, Angus Scrimm, Leonard Cohen, Gene Wilder, Garry Marshall, Florence Henderson, John Glenn, and – way too soon – Anton Yelchin. We found out that not all is well in the state of… pretty much every country on the map. And pop culture seemed to fail to pick up the slack, dooming our depressed selves to cold, comfortless TV and movie screens.

But that’s why we’re here today, for a very special annual tradition: The Popcorn Culture year-end roundup of the best and worst of 2016. Let’s celebrate the triumphs of movies, music, and TV and take joy from giving one last kick in the pants to the dreck we were asked to swallow. It’s all we have left as we tentatively shamble into the vast unknown of 2017.

Um, hooray! Let’s pick that mood right back up, shall we?


[EN: As always, I have only pulled from material that I have personally watched or listened to, so as not to cast judgment on things I know nothing about. If your favorite movie, TV show, etc. doesn’t show up on my list, it probably sucked. But it’s equally likely that I just didn’t get around to seeing it, and you can rectify this gap in my knowledge by pointing me toward it in the comments section. Enjoy!]


The first song released by my beloved Kesha in two long years, this collaboration isn’t perfect, but it’s filed with vocal rage and pain that proves she’s more than just a dime-a-dozen pop star.


Rihanna’s actually attempting a vocal song? This stripped-down track is far from a perfectly polished pop machine, showcasing a side of Rihanna we rarely get to see: a raw, emotional artist.


It doesn’t have the bombast and anthemic quality of previous lead single “Pompeii,” but Bastille’s “Good Grief” is a funky little track that showcases more of those delicious soaring vocals.


I’ve resisted coming to pop weirdo Sia for some time, but this pounding, writhing dance track is where I really clicked with her droning, layered vocal style. The rhythm here is propulsive and irresistible.


Although Beyoncé’s Lemonade album didn’t speak to me (which is fair, because it wasn’t written for me), “Daddy Lessons” is a country-inflected track that breaks from her norm with a strong lyrical narrative and a twangy, infectious tune. (This video is of a live performance with the Dixie Chicks, because the real track is kept under lock and key by Tidal.)


This driving pop song is an immensely powerful earworm that is both a purely experiential tune and a banging club track. For a really interesting take on it, check out this superb episode of the Switched on Pop podcast.


The best track to arise from Lady Gaga’s ecstatically boring album Joanne, “Come to Mama” is a bit didactic in its songwriting, but nevertheless is a satisfying jazzy number that you can’t help but sing along to.


This tale of a love between a white girl and a “cholo from el barrio” engages in the worst kind of exoticism, but I can’t resist being seduced by its ABBA-esque production and swaying vocals.

#2 "This is What You Came For" Calvin Harris ft. Rihanna


This is the first (and probably only) time Rihanna has ever appeared on this list twice, but she earned it with this slinky smooth club track that has the best electrovocal breakdown in a music landscape that’s just littered with them.


I never thought a song from a Barbershop soundtrack would make it onto this list, but “Good as Hell” is pure, undiluted joy bottled into a three minute pop gem. It’s an affirmative, positive message (with the most adorable music video) that we could all use right now.


I know Disney has been having pop stars cover their songs since Christina Aguilera did “Reflection” for the Mulan soundtrack, but it sucked since then too. Alessia Cara’s cover of Moana’s “I Want” song is a useless, empty confection that converts the musical’s best song into a hotbed of irritating vocal trills and mindless bubblegum pop, though at least they included a steel drum in their ill-advised electro breakdown.


Did the dude take songwriting lessons from George Harrison? These gratingly repetitive lyrics aren’t helped by Harris’ vocals, which prove that he’s better off sticking to the mixing board and not the mic. Also, the overdone glitchiness of the video makes me want to smash my monitor with a hammer.


The only reason this irritating chant song isn’t #1 is because I’m pretty sure even Fergie knows it’s a joke.


If you thought FallOut Boy had reached rock bottom with their song for Big Hero 6 (I certainly did), just wait till you hear their mockery of the Ghostbusters theme. Luckily the movie had the good sense to mostly stick to the Ray Parker, Jr. version.


This spot is pretty much locked down by DJ Earworm until the end of time, but his mashup of 2016’s number one crappy pop songs once again combines them into a transcendent, eminently danceable track. 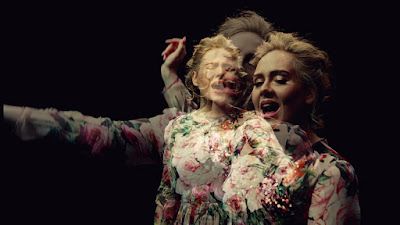 DJ’s always feel the need to speed up Adele songs for radio play, but this one’s up-tempo as it is. Leave her alone!


A featured rapper who’s not too intrusive and feels like an organic part of the song? Sign me up!


My number 7 song drops down the chart by the hundreds with the addition of Sean Paul, who attempts to force a reggae flair on a cold, layered pop song that rejects it entirely. 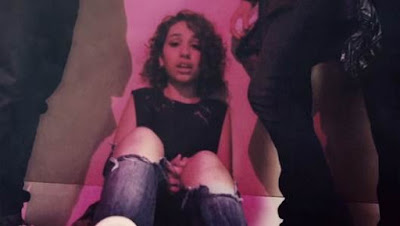 The “Here” singer had all the hallmarks of a classic one hit wonder, but Alessia Cara has lived to fight another day with tracks like the perplexingly titled “Scars to Your Beautiful.” Good for her. 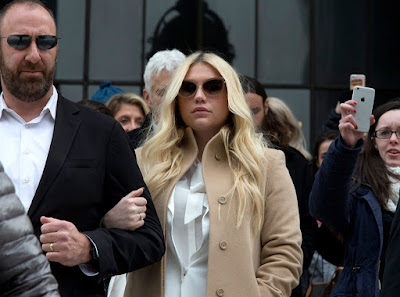 Kesha is my favorite pop musician and the fact that she’s barred from releasing music while her sexual harassment lawsuit against her contract with Dr. Luke rages on is a crying shame, indicative of the fraught environment American women have found themselves in this year especially. 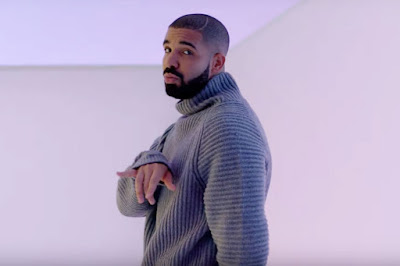 I’m deeply impressed with how Drake has gamed the system using a constant drip of new singles, but the ubiquity of his music only highlights the fact that it just isn’t very good. His producers and influences are solid, but his voice is nasal and disinterested all the time.

Most Underrated: "Taste the Feeling"


This collaboration by some of YouTube’s premiere musical artists on a Coca Cola ad for Cinemark theaters doesn’t seem like it would have the makings of great music, but the dangerously catchy jingle combined with crystal clear vocals is an unrestrained delight during my many moviegoing excursions.


I love low budget videos with great lighting. “Youth” presents a high school party as a fairy-lit wonderland rather than the typical raucous, sweaty rave. It’s gorgeous and low key and I adore it.


While I adore this song and love that Adele has finally included an upbeat track in her oeuvre, this video is just embarrassing, creating an illegible human centipede out of the singer and distracting from a terrific song.


This track Elle King wrote for Ghostbusters captures a grungy badass power that the movie only wishes it had. And just try not to sing along to that chorus.


It’s a tradition at this point to cross-promote the latest crappy Top 40 band in the end credits of Hollywood releases, but the wailing “Levitate” actually makes me yearn for imagine Dragons’ dire contribution to the Suicide Squad soundtrack.


Although the use of ironically cheery songs in genre films is a trend that has maxed itself out, the way this track grinds to a halt and becomes a grimy, jagged underscore lyrically commenting on the action is superb.


Do the Power Rangers deserve better? OK, maybe not. But Johnny Cash does, and this miserably mopey cover wrecks an undisputed classic.


I’ve tried very hard to avoid Steinfeld’s so-called musical career, but I can’t help but get “Starving” stuck in my head. At least it’s better than “Love Myself,” even if that electrovocal drop is the most irritating sound I’ve ever heard.


Tell me this isn’t the whitest sh*t you’ve ever seen. It’s a fun, poppy track, but I can never get out of my head how blandly manufactured the whole thing is. 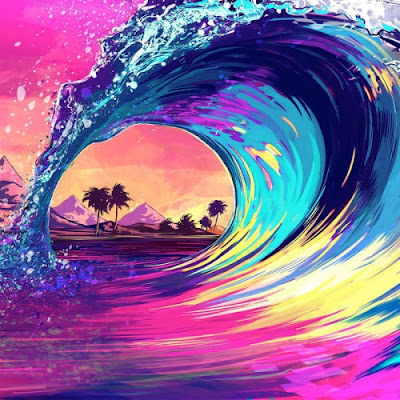 If I had to live in an album cover, I wouldn’t mind taking up residence in this gorgeous pop art seaside. And I don’t even like the ocean that much. 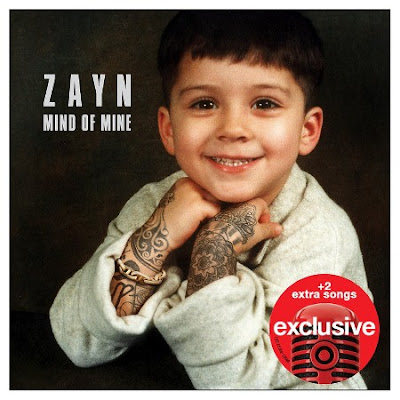 A baby with tattoos? Oh, how edgy! Say, that reminds me of the time Lil Wayne did that exact same thing eight years ago. And it still wasn’t great then.

Best Cover Song: "I Love You Always Forever" Betty Who


I worried for her songwriting skills when Betty Who released this track, but my tune changed completely when I learned she was covering Welsh artist Donna Lewis. She completely transforms the song from a thin, dizzy tune to an ethereal, enveloping rush of sonic euphoria.


Paul McCartney’s “Wonderful Christmastime” is a microscopically bearable song at the best of times, but having Jimmy Buffett lazily cover it and vomit steel drums all over the childish lyrics is a damn crime against nature. 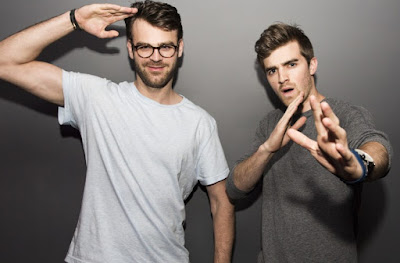 This DJ duo has been tearing up the charts lately and I find I’m having a tough time resisting their hipster charm. 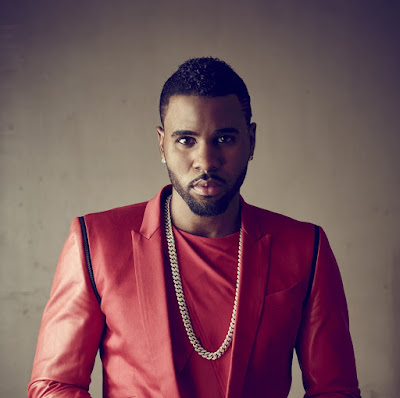 I still haven’t forgiven DeRülo for his abysmal “Talk Dirty,” but he’s sure easy on the eyes though. 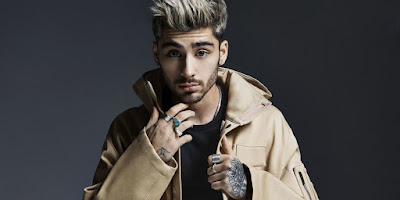 I may find this former One Directioner’s solo work profoundly irritating, but there’s not denying he’s still got it going on. 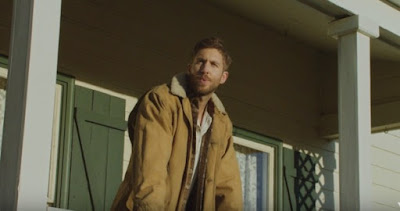 I’m pretty sure the improbably buff Harris dressed as a lumberjack in a last-bid attempt to get me to like the “My Way” video. It didn’t work, but I see what you’re puttin’ down, Calvin. 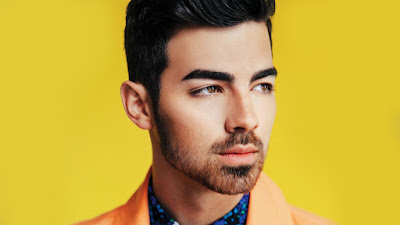 Old habits die hard, and I guess this former Jonas Brother (band-wise, at least. They’re all still related) was so used to being thronged with girls he decided to become one of the fittest men on the planet.

Bonus: The "Work at Home" Workers 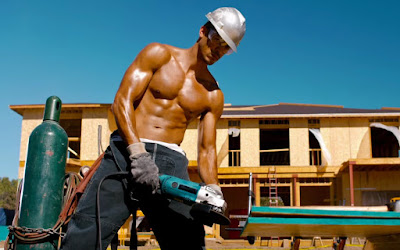 I generally don’t pay attention to the girl group Fifth Harmony, but it’s hard to look away from their pointedly cast “Work from Home” music video. 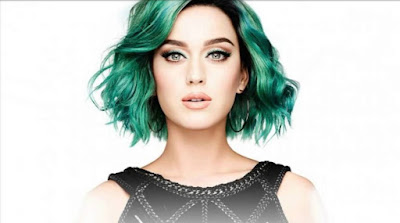 I’ve been so bored by her music lately, but Perry is still gorgeous. You go, girl. 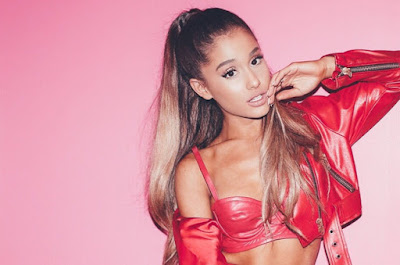 Another person I’m wiling to toss a compliment to despite my profound disinterest in her musical and acting careers. You go too, girl. 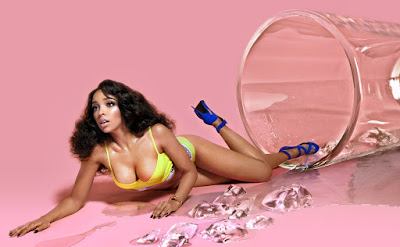 Could I name a single one of her songs besides Britney Spears’ “Slumber Party?” Hell no, but she sure made an impression in that video. 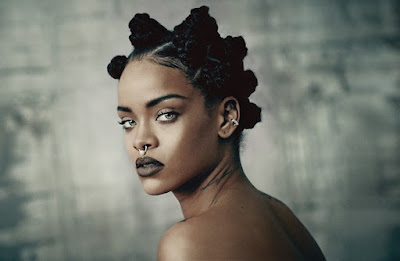 Having spent the long years between her previous album and Anti as a fashion icon, Rihanna sure knows what she’s doing when it comes to elegance and beauty. 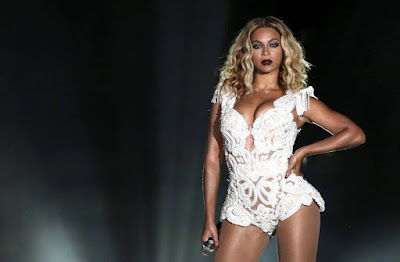 I really don’t like Beyoncé’s music all that much, but her activism and control over her brand is top notch. Also she’s still beautiful as all get out.

Bonus: The "Good as Hell" Gals 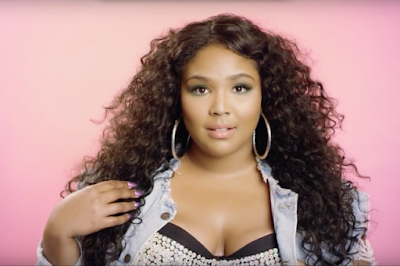 Email ThisBlogThis!Share to TwitterShare to FacebookShare to Pinterest
Labels: Flashback