I'm graduating this semester, so that means I'm stuck with all the classes I put off in earlier years in order to take cool horror classes that let me watch From Beyond and get academic drool all over Wes Craven. The one class I was looking forward to was French cinema, but lo and behold the Fates would not allow it, and the only foreign film class I could get in my schedule was Russian.

As it turns out, this was a happy accident because hardly any country with a relatively thriving cinematic output has had a more tumultuous and fascinating history than the Soviet Union U.S.S.R. Russian Federation. As a result, their cinema is twisted, strange, and uniquely compelling for any aspiring film historian. Here's some mini reviews of the first two films I've had the deranged pleasure of watching. 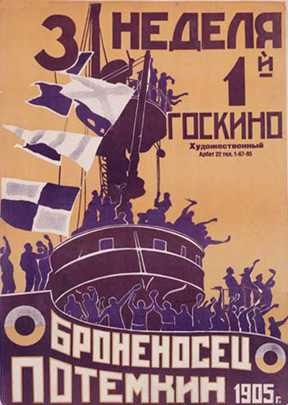 The crew of a battleship mutinies, leading to a rebellion against tsarist forces in the nearby town of Odessa.

To start off the class with a rip-roarin' good time, the first thing we screened was Battleship Potemkin, Sergei Eisenstein's classic silent film depicting an early Bolshevik rebellion in 1905, twenty years earlier.

You don't often see me reviewing silent films on here, largely because the style of the medium is almost completely divorced from modern cinema and the evolution of film criticism that I represent. But Potemkin has been named one of the three most influential films in world cinema for a reason. It is my hope that I can balance an explanation of how it functions as a classical masterpiece of the form and why it's OK if you don't like it all that much.

I hope you'll all bear with me if I toss some film theory at ya right quick. Eisenstein was an early pioneer of the montage theory of cinema. Montage (no, not the Rocky training sequence kind) was an approach to understanding cinema through the power of editing. An early notable experiment juxtaposed a neutral-faced man with different images, like a bowl of soup, or a young child. Reportedly, the audience commended the man's acting, applauding the hungry look he gave at the soup and the caring look with which he gazed at the child. In reality, this effect was created through the context of the images, for the man's face didn't actually change a lick.

Now you can believe in this theory or not. I personally have some doubts about that particular experiment, but nonetheless Battleship Potemkin was used as a testing ground for some high level early theories about the dialogue of cinema and how the juxtaposition of images functioned to create an emotional response.

On that level, it is a damn masterpiece, a perfect textbook example of all the best ways to use the system. Intellectual metaphors abound, whether it be the relatively simple boiling soup that represents the bubbling rage of the working class or the maggot-infested meat that stands more obliquely for the rotten state of tsarism. And entire books could be written about the famous Odessa steps sequence, and I'm sure several have.

But the fact remains that the silent film era is often too distant from our own to be truly recognizable as entertainment. On top of this, Battleship Potemkin's heavy propaganda elements render it a bit too po-faced and serious to be worth a visit if you're looking from any other perspective than film analyst or historian.

The communistic focus on a collective body of working class people rather than a set of protagonists is likewise alienating for a modern audience. So, while the film is structurally and cinematically possibly the best single silent film of the 1920's, its density overpowers its magnetism. If you're in an academic mood, I recommend Battleship Potemkin above all else, but it is not a film to sit through for pleasure. 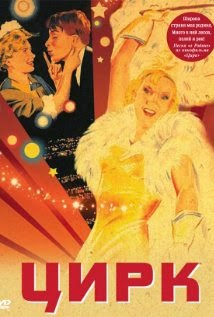 A down-on-her luck American circus performer in Moscow wants to keep her illegitimate black child a secret so she isn't deported.

Circus is a curious beast. A staunchly Stalinist propaganda film disguised as a wacky slapstick comedy about the circus, it's one of the most interesting pieces of film ephemera loosed from the back gums of the 1930's.

Comedy is another of those things that sometimes doesn't carry over quite as well from the black-and-white era. And when you consider that this film exemplifies what people in the Soviet Union found funny, it carries over even less. They weren't, shall we say, the most mirthful of people.

Yet Circus is another interesting curio. It displays a gaudy fantasy world, but any active audience member  can reverse engineer the illusion to reveal some twisted truths about the time it was created.

Between the wacky misunderstandings, the Charlie Chaplin impersonator, and the warbly Betty Boop musical performances (can you tell that the American films had snuck their way over the border?) lies a story about Russia as a post-racial nirvana where people from all over the world could live in harmony. However, the "all around the world" song that closes the film avoids letting the Jewish man sing, and the demure sidestepping of those pesky Purges piques historical interest.

Propaganda is some of the most excitingly factual cinema out there, if you know where to look. If you take a peek in the corners and behind the curtains, there's a world of secrets waiting to be uncovered.

Also, the strained excesses of the film's desperate bid for veracity provide some excellent camp value, especially in the closing number "Song of the Motherland." The overall comedy might be a stale imitation of the American greats, but nothing beats the smarmy villain who wants to drag our heroine back to Evil Capitalist America - a man who looks like a cross between Adolf Hitler and Dracula, who has the ability to disappear in a puff of smoke.

You can't make this stuff up.