Some Of It Is Just Really Dumb 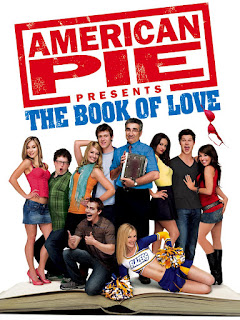 Have I fallen behind on my American Pie Presents marathon? Yes, absolutely. Did I do this because I got distracted by other, better marathons? Certainly. Do I still feel an urgent obligation to finish what I started, because I am a mad completist? Of course, have you met me? 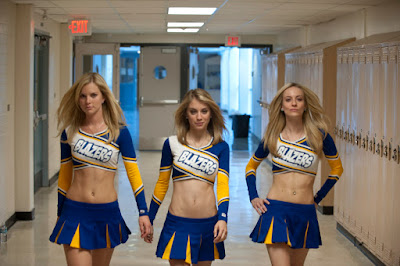 My sincerest apologies to women everywhere.

American Pie Presents: The Book of Love, which is at the time of writing the final spinoff on our roster, is essentially as much of a remake of the original American Pie as its possible to be. We follow best friends Rob (Bug Hall), Nathan (Kevin M. Horton), and Marshall "Lube" Lubetsky (Brandon Hardesty) - of course that nickname had to appear at some point in this franchise, and naturally he's the only character with a foregrounded last name in order to facilitate this - as they navigate tricky high school relationships. Also floating around them is another Stifler they pulled out of a hat. This one is called Scott (John Patrick Jordan).

They discover the fabled Book of Love in the school library, but only after it's severely damaged by a flood. They have a lot of sexy hijinks trying to interpret what it says, but eventually they decide to reconstruct it with the help of its original creator. And guess just who that might be... 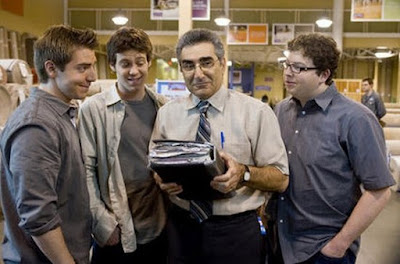 The Book of Love is neither the worst or the best of these four movies. Of course, the whole spinoff quadrilogy exists in the very narrow strait between 3/10 and 4/10, so these rankings are entirely relative. It benefits from being stretched across the structure of the original film, which has the built-in finale of the young men discovering how abhorrent their behavior up till now had been. Naturally this is a pale imitation with even more questionable content, but that inevitable end point drags it up a point by the skin of its teeth.

Unfortunately, the hijinks this time around - when they're not being hideously offensive and perpetuating the idea that women need to be tricked or cajoled into sex - are just plain boring. This entire film is a snoozefest, which is perhaps exemplified by that obligatory Eugene Levy cameo. His stuff in these spinoffs hasn't been funny, but the previous entries at least had the decency to include him in something that wasn't just an endless montage that eats up what feels like a quarter of the run time and is chockablock with the best, most dated cameos a direct-to-video sequel could pull in the late 2000's (see: Bret Michaels, Dustin Diamond, and... C. Thomas Howell?). 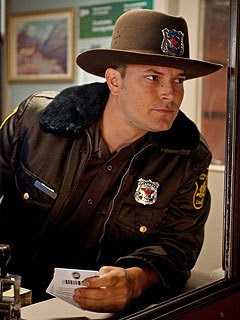 Also K-Fed plays a Canadian border agent, so their casting level is somewhere between Dancing with the Stars and Celebrity Rehab.

Honestly the only casting decision that implies they had any idea at all what they were doing is the fact that software schlock director (and auteur of Chopping Mall) Jim Wynorski plays a small role. This is an implicit stamp of approval for the film like John Waters appearing in Seed of Chucky, though the Wynorski brand is on a tier waaaaaaay lower than Waters, for obvious reasons.

As for the non-famouses we see here (there's also a lesser Arquette rattling around), they're all pretty damn crummy. The three leads are blander than vanilla-essenced white bread, and John Patrick Jordan's Stifler impression is the worst of the franchise - he just chatters flatly and loudly, punctuating his speech with hyena screeches of laughter. It doesn't help that this is by far the worst written member of the Stifler clan, with dialogue toward women that is actively evil and an eventual comeuppance that is both deeply upsetting and terribly rendered (*trigger warning* he's raped by a CGI caribou that looks like an escapee from Zoo Tycoon - why anybody thought this should be a scene in a high school sex comedy I'll never know).

The only times where the film seems to actually be aware it's attempting to be entertaining are in the rich fantasy world of one of the three characters (if you think I remember which, your faith in my attention span after four of these things is much too high). He has Scrubs-esque flashes of imagination that are usually gross but at least provide something visually distinct every now and again.

So, yes. Definitely a waste of time. Don't see any of these movies, but especially don't waste your time getting all the way to the end, because you will not be rewarded.